Life has not been easy for Criminal Minds‘ Derek Morgan. Just weeks ago, he was mysteriously abducted. And after barely enduring that ordeal, when last we tuned in someone had the BAU agent in his crosshairs, before a shot rang out.

Series regular Kirsten Vangsness, who last season had a hand in revisiting an old case of former team member Jason Gideon’s, co-wrote this Wednesday’s resolution to that cliffhanger (CBS, 9/8), which was directed by costar Matthew Gray Gubler and will answer some burning questions (as well as deliver some very personal drama).

TVLINE | So no big whoop — you simply had to write the episode which answers who is after Derek (played by Shemar Moore) and why, and possibly kills off a character.
Possibly, yeah — no big deal! It was really fun, like a trifecta for our little family here, because [Episode] 16 was all about Derek 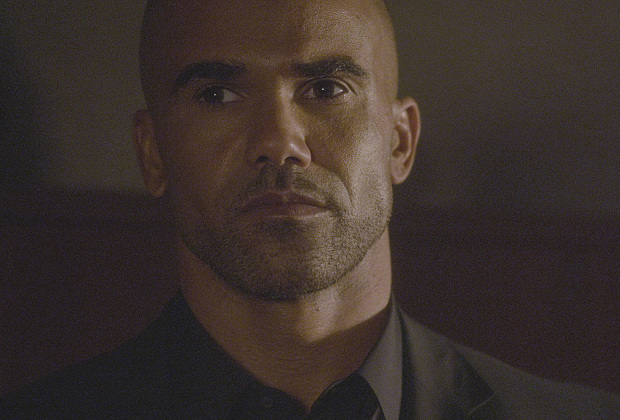 and that was directed by Thomas [Gibson], and the next one was directed by Joe [Mantegna], and this one had Matthew [Gray Gubler] directing it and Erica [Messer], who is our showrunner, and I co-writing it. I wrote Acts I and IV, she wrote Acts III and II, and then we swapped and would give each other notes.

TVLINE | OK, I was wondering how that works.
We actually write really well together. We’ll spend too much time talking and braiding each other’s hair, legitimately, and then all of a sudden we realize, “Oh, my God, we have to write something” and then we write. And she is very tolerant of my refusal to use spell check. I feel like there are a couple of things that got left on the floor that we’re sad about, but for the most part it’s quite a love letter to show.

TVLINE | How long ago did you learn that you’d be picking up this Derek/Savannah cliffhanger?
I knew that I had in my contract that I could co-write an episode this season. Erica was like, “You can do the second [episode], or you could do 18 with me, which is going to be a big one.” Last year I did the one where we cleared up the mystery of [Gideon’s old case], and those are fun for me because I love going into the backstory. I’m not a big fan at all of dead people and violence, which is hilarious, but we managed to limit the casualties considerably.

TVLINE | And yet that’s Mr. Gubler’s forte as a director, the really unsettling, disturbing imagery. Did this episode not quite lend itself to that?
Yes, he is, and no, it’s definitely got the Gubler spin on it. It’s definitely got it with our bad guy, played by Lance Henriksen (Millennium), whom I love him so much. We knew we wanted him and he was so great. Then Matthew was like, “What about glaucoma?” All of us were like, “Sorry, what?” He said, “I want to get a contact for his eye so he looks really extra creepy.” It is low on gore, heavy on creep.

TVLINE | You touched on how this was similar to the previous episode you wrote, but how was it different?
This one is more universally team-based. I know that [Season 10’s “Nelson’s Sparrow”] was kind of about family, but this one is really, really about the family. That one was like a weird Rubik’s Cube because you’re talking about somebody that you can never see, [previously played by] Mandy [Patinkin]. 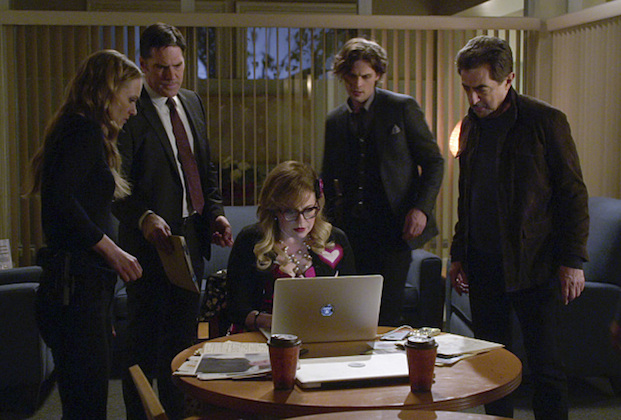 This was different because everything was available to us — and the hard part about that was that we were 17 minutes over when we were doing the cut, because there was just so much you could do.

TVLINE | Going into this episode, do the savviest viewers have enough information to figure out who is after Derek and why?
They do, but…. On our best day, I would like to think it’s like a Scooby-Doo episode. There’s always that piece of information that nobody knew until the very end. It takes a piece of a thing and builds it out, definitely.

TVLINE | What sort of emotions will viewers be going through in the final minutes?
Oh, God…. I’m going to say “hope” first. And there will probably be some frustrations; I know you can’t use the word “blue balls,” but if there was a G-rated version, I would say that. Usually the last act of our show is a couple of pages, and this is 15 pages. It’s a lot. In terms of the resolution of things, certain things wrap up very quickly in one part of the show, and then all of a sudden the last part of the show wraps up other stuff. I know some people who have shed copious amounts of tears watching it, I can say that.

The most fun thing for me and Erica was to go into the flaws of the characters individually and bring those out. To have JJ sort of like jumping orders because she had her own terrible thing that happened to her since being on the show. And Morgan is insistent that he has to be the hero at everything, and Garcia is always believing that she is the one that needs to calm Morgan down…. That all makes the dominoes fall in a certain way.

UPDATE: Shemar Moore opens up about the conclusion to Derek’s story here.