We’ve got questions, and you’ve (maybe) got answers! With another week of TV gone by, we’re lobbing queries left and right about shows including Sleepy Hollow, Castle, Pretty Little Liars and Scandal! 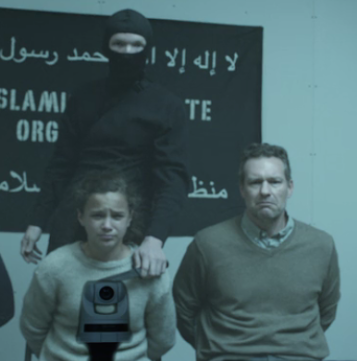 1 | Anyone else catch the Kimmy Gibbler doppelgänger on House of Cards?

2 | Does the age difference between The Originals‘ centuries-old Kol and teenage Davina bother you, too, even though it’s never been an issue with Damon/Elena, Elijah/Hayley, etc.?

3 | Was Grimm‘s “I slept with Adalind” line — blurted out by Nick to a shocked Monroe — one of the week’s best examples of comedic timing?

4 | Were you surprised that Sleepy Hollow had Abbie admit her symbol fixation to Ichabod so quickly? And wouldn’t Benjamin Franklin nemesis Japeth Leeds have been a more intriguing Big Bad throughout the season than The Hidden One and Pandora have been?

5 | Has there ever been a more unappealing showmance name than “Blodie” aka The Amazing Race‘s Brodie Smith + Blair Fowler?

6 | Safe to say that Saturday Night Live was saving its better material for Ariana Grande, instead of the self-described random choice of Jonah Hill? And is it even more safe to say that four-time host Hill will never join the Five-Timers Club?

7 | Which of Quantico‘s new NATs from the “upper” class — Will, Drew or Iris — will be the first to reveal a giant secret? 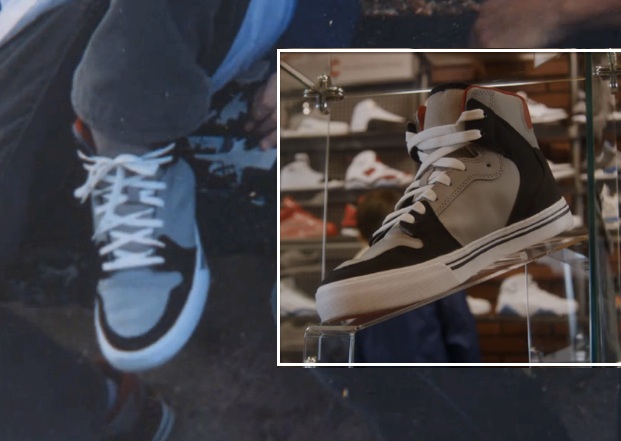 8 | On The Family, how would a store be selling the same sneakers that Adam bought 10 years ago? And are there still Kinko’s shops for the “lesbian lifestyle blogger” to allegedly be working at?

9 | Which was the bigger shock, Walking Dead fans — how much “Not Tomorrow Yet” managed to make you like the previously loathsome Gabriel, or how much it made you dislike Abraham?

10 | Were you relieved that Shameless‘ Debbie, for once, wasn’t a fool about a boy and walked away from that guy with the pregnancy fetish?

11 | On Madam Secretary, did you fall as instantly in love with Stevie’s new boyfriend as Elizabeth and Henry (and we) did? 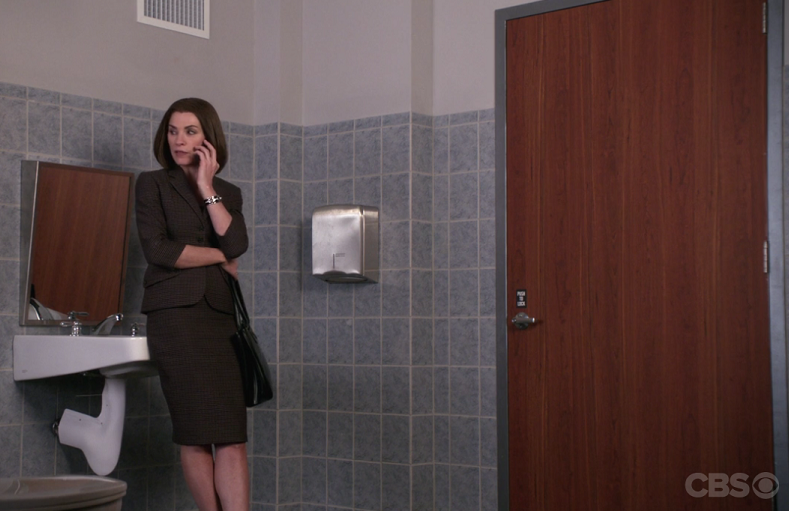 12 | Riddle us this, Good Wife watchers: Who goes into a public bathroom and doesn’t lock the door behind them? Is Alicia living her best life or what, indulging in naked Jeffrey Dean Morgan and pizza? And is Mike Tascioni too kooky or just the right amount of weird?

13 | Our grasp of ’60s vernacular is admittedly a little weak, so we’re posing this to writers of 11.22.63: Was the expression, “Shut your cake hole” really around back then?

14 | For Castle fans who knew the “missing time” reveal was coming this week, did you find yourself checking your watch wondering just how late into the episode the info dump would get squeezed in?

15 | Did you giggle during Damien‘s “death by sinkhole” interlude — or are we the only ones going to Hell for reveling in the absurdity of Kelly’s hideous fate?

16 | TVLine reader Wordsmith wonders: “What are the chances that Dancing With the Stars’ Ginger Zee is not going to dance to ‘It’s Raining Men’ at some point during the season?” And “mmm whatcha say” the chances are that former O.C. resident Mischa Barton dances to Imogen Heap? 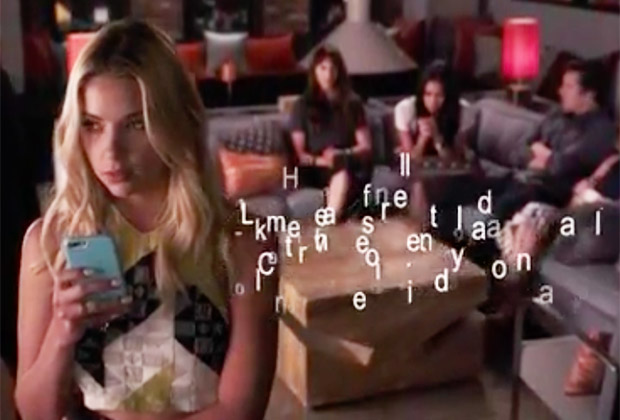 17 | Pretty Little Liars‘ demonstration of how text messages travel through the air was totally random, but did you also find it oddly educational?

18 | Following Xtina’s epic, impromptu rendition of “I Put a Spell on You” on The Voice, we’re wondering if NBC should consider a weekly concert series in which the “Beautiful” singer takes requests from the audience? 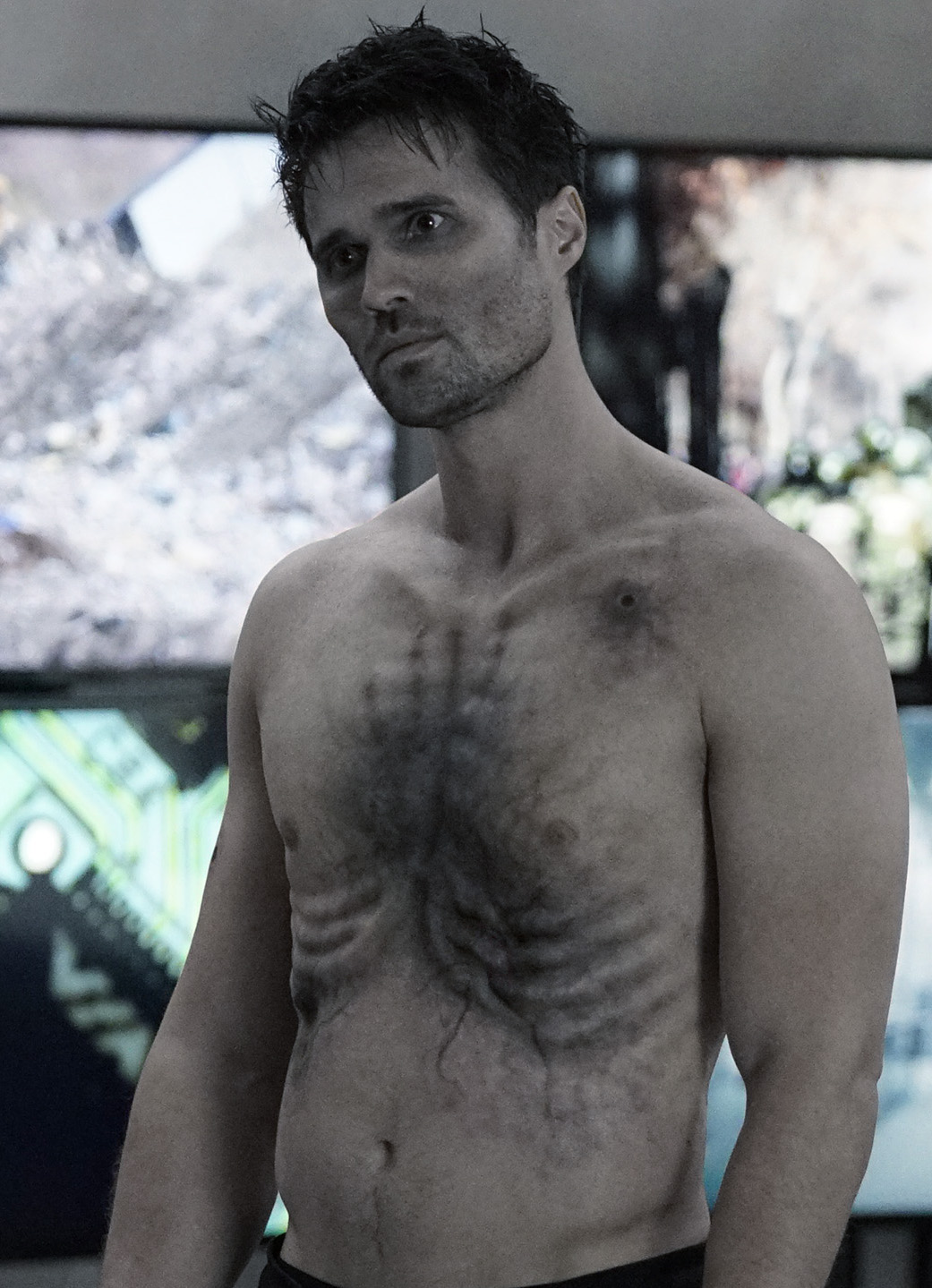 19 | Is Agents of S.H.I.E.L.D.‘s Brett Dalton going to look scary like that all season? And would sex between Lincoln and Daisy/Quake be electrifying, or would they feel the earth move?

20 | On American Crime, shouldn’t hacktivist Sebastian have known better than to leave a webcam uncovered?

21 | Sure, it makes for fun TV, but would Scandal’s Abby — being the White House press secretary — really be in charge of micromanaging the president’s booty calls?

22 | Was the below a scene from Grey’s Anatomy, or Hannibal? Also, just as with screaming babies and building fire alarms, does TV overestimate how much we want to hear prolonged amounts of bitchy cheerleaders?

23 | How to Get Away With Murder fans, place your bets before next week’s finale: Who really murdered the Hapstalls — Caleb, Catherine, Philip, that judgmental maid or someone else altogether? Also, did Viola Davis pretty much lock up the 2016 Emmy with that heartbreaking hospital scene?

24 | What in bikini/apron hybrid hell was J.Lo wearing on American Idol? Did she accidentally think she was appearing on the Victoria’s Secret Swimsuit Special?

25 | Could Legends of Tomorrow have afforded to be 10 percent more clear in establishing whether Vandal recognized Kendra upon “meeting” her in 1958? And did thes winged hawkbeasts evoke Oz’s flying monkeys?

26 | If Big Bang Theory is going to devote this much time to Raj and Emily’s breakup, shouldn’t the show have devoted just as much (if not more) time to their relationship when it was happening?

27 | Are late-night TV hosts trying hard enough to have fun at Democratic frontrunner Hillary Clinton’s expense? Like, at a certain point, is targeting Trump again and again just lazy?