THE PERFORMANCE | Olivia Wilde may not have had an abundance of screen time in Episode 3 of HBO’s ’70s-set drama, but what she lacked in minutes, she more than made up for in raw emotion.

The actress subtly hinted at years of repressed fury after learning her relapsed-addict husband Richie (Bobby Cannavale) had purposely tanked a deal to sell his struggling record label — and was now unwilling to donate $10,000 to the ballet company she’d gotten to start as a consolation prize for leaving behind her life in Manhattan and her status as one of Andy Warhol’s muses.

But a subsequent scene in which Dev visited Warhol — and asked him to sign a portrait he’d painted of her — allowed Wilde to bring to vivid life Dev’s insecurities about the direction her life had taken. As Warhol filmed their conversation in grainy black and white, Wilde’s stilted delivery conveyed Dev’s embarrassment at admitting her intent to auction off the piece at a fundraiser and the crassness of having to tell Warhol “it’s the signature that gives it value.” The camera eventually settling into extreme closeup, Dev’s eyes widened with desperation as she tried to get Warhol excited about her troupe’s aesthetic, before tears welled up in her eyes and her voice broke with the admission, “we’re trying to build a space for them… out where I live now.” The defeat with which Wilde delivered the line proved utterly heartbreaking — and made the scene a work of art unto itself.

HONORABLE MENTION | “I am the mother. I am the mother.” Ellen Burstyn‘s fiery, ferocious delivery of those eight words in the second episode of House of Cards‘ just-released Season 4 undoubtedly secured the veteran actress a spot in this year’s Emmy race. The raw outburst came at the end of a tense exchange with estranged daughter Claire (Robin Wright, also exceptional) over money, and gave viewers a revealing glimpse into the pair’s decades-long rift. Burstyn also provided the hour’s most darkly comic moment when her brutally blunt, cancer-stricken matriarch warned Claire against wearing an ivory-colored dress to the State of the Union because “even with your figure it’ll accentuate all the wrong places.” Burstyn’s one of the few actresses who could turn such a mean-spirited piece of dialogue into a multi-layered work of art. 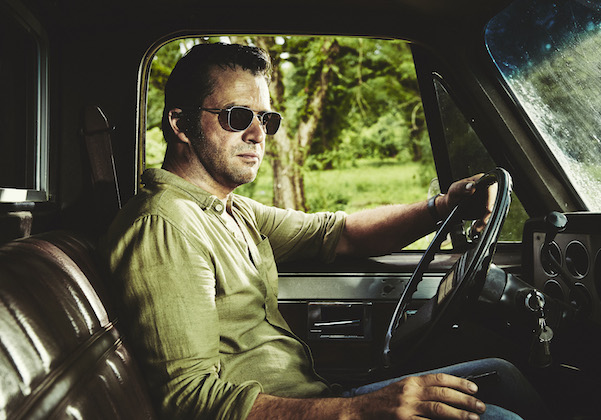 HONORABLE MENTION | Yes, we’re well aware that James Purefoy is not actually The Following‘s sociopathic Joe Carroll, but he inhabited that killer role and many others with so much intensity, it’s easy to forget. So thank goodness for Sundance’s Hap and Leonard, the premiere of which allowed Purefoy to showcase his ability to play soft, sweet, weathered and weary. The actor took everything you’d assume about a divorced, down-on-his-luck ex-convict in 1980s Texas — tough, edgy, mad at the world — and subverted it with a sense of quiet bemusement at the circumstances in which Hap found himself. Add in the easy way Purefoy telegraphed Hap’s love and loyalty to his longtime friend Leonard, as well as the ruthlessness with which he defended him against a homophobic relative, and we’re very happy that Hap is someone we get to hang out with for the next several weeks.

HONORABLE MENTION | Death may be par for the course in the cutthroat world of The 100, but the loss of Alycia Debnam Carey‘s Commander Lexa will undoubtedly echo throughout the CW drama’s remaining days. During her too-short time on the show, Debnam Carey consistently excelled at honoring both sides of her wonderfully complicated character: the cold, fearless leader who betrayed Clarke in Season 2, and the vulnerable lover who wanted nothing more than to savor one last moment of bliss before suffering a final blow. Never was this more evident than in Thursday’s gut-wrenching episode, a 42-minute farewell tribute to everything we’ve loved — and will continue to love — about Clarke’s other half and the woman who portrayed her. May we meet again, indeed.