Dear Fox (the network, not the Mulder),

Fans of The X-Files don’t have to be conspiracy theorists to sense what’s coming: Given the revivals’ recent impressive ratings (an average audience of 9.5 million per week), there’s almost no chance that you won’t order another season of the sci-fi drama. Series creator Chris Carter himself said nearly as much right after the finale.

And that’s a good thing — in part because a potential Season 11 will give Carter & Co. another chance to work the ol’ kinks out of the UFO’s antigravity propulsion system, if you know what I mean.

I’m a fan from way back, and while I enjoyed most of what the revival offered, I truly want to believe that another run of episodes — we’ll get into specifics in a moment — will give the show’s creative team time and space to address (William) some (William) glaring (William) omissions.

But first, a caveat: No one wants to see this all go the way of Kenneth’s Night Court debacle on 30 Rock, because extreme fan service ultimately serves no one. All I’m asking for is a reframing of certain behind-the-scenes roles, a few unaddressed character returns and a little more room for the mythology to breathe. And if you can bring Scully back from being kidnapped by Donnie Pfaster, abducted by aliens, nearly dying of cancer and being a naked, goo-filled popsicle underneath the arctic permafrost… you can make this happen, too.

Without further ado, a few points to consider:

WHERE THERE’S A WILLIAM, THERE’S A WAY | … and that way is the roadmap for Season 11. The revival made it clear that Scully and Mulder’s son is still very much on their minds — he was even name-checked as a possible savior for his ailing dad in the finale’s final moments — so we can’t go much longer without finding out where he is, exactly what he is and what he’s up to.

BIGGER, BETTER, FASTER, LONGER | Six episodes wasn’t enough time to reintroduce the series’ mythology, do a monster-of-the-week or two, have a little levity and wrap it all up. So how about eight? (Definitely no more than 10.) That way, you’d give the audience a little more time to absorb what’s happening and the story a little more room in which to unfurl. (We’re still trying to process Scully’s infectious disease-speak, as well as the Cigarette Smoking Mansplaining of the orchestrated end of the world.) On a related note: The Spartan virus was a good, scary concept that didn’t have enough time to play out; you’ll have to go even bigger with CSM’s global domination plans in Season 11.) 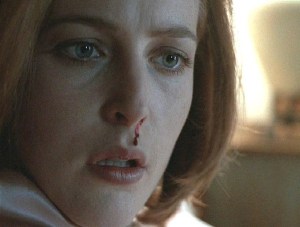 MULTITASKING, PART I | Remember how the Season 4 installment “Leonard Betts” was a perfectly respectable, creepy and scary case-file episode… and then a twist at the end tied it to the start of Scully’s cancer arc, making the hour even more important and awesome? More of that type of thing, please and thank you.

MULTITASKING, PART II | While we’re on the subject of simultaneously fulfilling multiple responsibilities, how about Carter takes a streamlined role in the series in Season 11? Writing and directing several episodes — on top of literally running the show! — is a huge undertaking, and one that didn’t necessarily make the series better. Bring in someone like original series executive producers Vince Gilligan or Frank Spotnitz (both of whom were missing this go-around) to take the reins, allowing Carter to step back and regain perspective on the universe he’s created.

SCULLY’S DNA LAUGHTER IS THE BEST MEDICINE | Nobody writes funny X-Files like Darin Morgan. Please sign him up for at least two episodes.

THE SHAPE OF THINGS | Splitting Season 10’s mythology episodes — one at the beginning, one at the end — made the threat of total annihilation seem not-that-pressing: “This cabal of terrible men is going to end us all, Scully, but forget about that for a moment while I scurry around, trying to grab a pic of a man-sized reptile!” Up the stakes by giving us mythology episodes (I’m thinking a two-part premiere and a two-parter toward the end of the season) that feel big, scary and game-changing.

KRYCEK! | We’d give our left arm to bring back Mulder’s button-pushing nemesis from the dead. 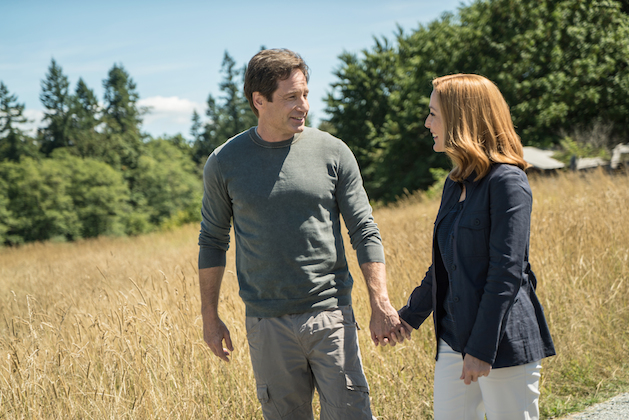