THE PERFORMANCE | If you were to break down Wednesday’s episode of American Crime by lines of dialogue spoken, you’d likely find Jessup’s name somewhere near the bottom of that list.

Although most of the hour focused on Jessup’s Taylor Blaine, the actor didn’t actually say much during the harrowing events that occurred — and that’s why we were particularly gobsmacked by his performance in Episode 7.

Ever since Taylor tearfully confessed to his mom — way back in the season premiere — that the Leland High basketball team “did something to [him]” at the captains’ party, it’s been clear that Taylor’s frustration, confusion, sadness and anger have been simmering just below the surface, despite his pleas for the rape investigation to just go away.

In this week’s installment, Jessup finally let some of those emotions come to a boil, but he remained a master of subtlety from start to finish. As Taylor came into possession of a handgun and debated how and on whom to use it, Jessup quietly showed us all the ways in which Taylor was unraveling: a frustrated sigh, ragged breath, the nervous way his hands curled into fists while considering his next move.

When Taylor eventually did exact his revenge by shooting basketball player Wes on Leland’s campus, the gasp-inducing glimpse of Wes’ bloody torso was hardly necessary; the horrified, manic look in Jessup’s eyes told us all we needed to know about the gravity of the situation at hand.

Later, as Taylor sought out his mother to confess the crime he’d committed, Jessup didn’t break down in tears or scream his dialogue. Instead, he allowed Taylor to become a terrified young boy, too afraid to do more than sit and stare. As he had done throughout much of the hour, Jessup turned silence into pure gold. 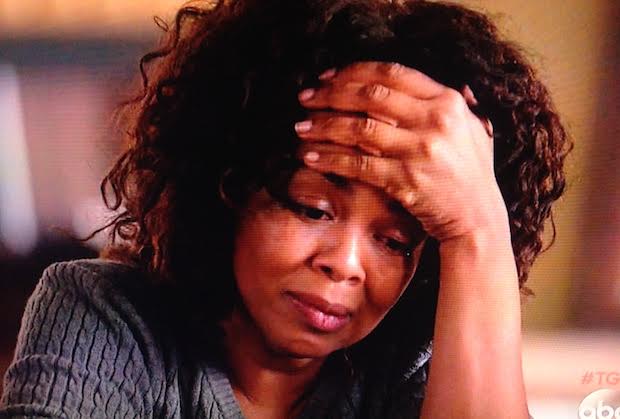 HONORABLE MENTION | There’s no shame at all if you reflexively groaned during this week’s How to Get Away With Murder, right after Paula Newsome‘s Joyce Robinson interrupted a plea deal offering 15 years in prison to the man who murdered her son. But the veteran character actress’s raw, deeply moving performance immediately transcended “grieving parent’s courtroom outburst” tropes — and made for one of the ABC Thursday drama’s most compelling Case of the Week arcs ever.  Newsome’s final scene — holding Carlos Miranda’s Jason in her arms as he was taken away to serve a life sentence without parole — was a moment of impossible grace and heartbreaking beauty. Here’s hoping it awakened casting agents to the actress’s considerable talents during this busy pilot season. 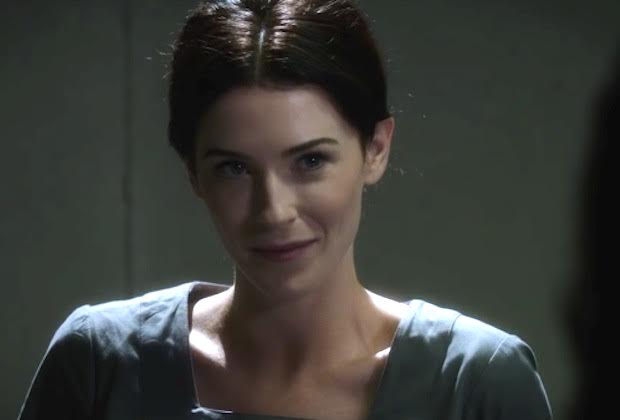 HONORABLE MENTION | We knew Agent Carter’s Dottie Underwood is an elite killer. What we know now is that the Black Widow Ops grad can slay with her words as well. In her first arc of Season 2, Bridget Regan delivered a turn that was no less than highly entertaining, with most every utterance from Dottie’s lips a lethal zinger. What pleasantly surprised us was Regan’s A-plus comedic delivery — such as the barely perceptible head tilt when announcing her “surprised face,” the deadpanning of “Your mother?” or the dreamy gaze when likening truth serum to “mother’s milk.” In Dottie, Regan has brought to life a villain as super as the heroes she vexes. 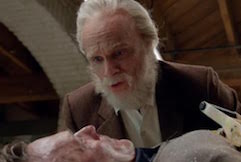 HONORABLE MENTION | Flexing one’s acting muscles beneath old-age makeup is no easy task, but David Anders‘ sinister wit and pathos shone through all the cosmetic enhancements in Tuesday’s iZombie. When his previously frozen undead father started to thaw out, Anders’ Blaine told him that 50 years had passed during his time-out, hence the actor’s physical transformation. Anders was hilarious in his gleeful malice, painting a fake picture of a post-Rapture world as part of his bizarre revenge scheme. But when his pops begged for assistance, Blaine’s joy turned to pain. “Please help me – where have I heard that before?” he replied. “I know, I said it. ‘Daddy, please help me, [my nanny] Frau Bader beat me.'” Blaine may have been deeply hurt as child, but the damage resulted in one deliciously layered performance from Anders.