THE PERFORMANCE | If a picture really says a thousand words, this review is superfluous: Any image we publish of Pompeo’s stricken face from this week’s Grey’s will tell you all you need to know about her visceral performance.

After an attack by a disoriented patient left Meredith temporarily deaf and unable to speak, her portrayer turned her visage into a notepad, on which she scrawled volumes about her character’s fear and confusion, her rage and despair. Frankly, between the articulateness of Pompeo’s wordless expression and the intimacy of Denzel Washington’s direction, it was pretty damn hard to watch — and we mean that as a compliment. (While we’re on the subject of telling looks, kudos, too, to Justin Chambers for the anguish that twisted up Alex’s face during his person’s ER ordeal.)

Painful as all that was, the worst for Mer — and the greatest challenge for Pompeo — was yet to come. When at last the doctor’s children visited, the actress made it clear that Grey was too overjoyed to resist smiling broadly, inadvertently revealing the off-putting wires keeping her jaws shut. When Zola refused to go near her mother, Pompeo’s urgency forced us to put ourselves in Grey’s place as she careened at a breakneck pace from elation to desperation to soul-crushing sadness and, finally, full-blown panic.

We long ago gave up predicting what the Emmys will do. But we will still say that, if there’s any justice, Pompeo’s transcendent work in this Stacy McKee-penned stunner ought to get the leading lady at very least the nomination for which she is so long overdue. 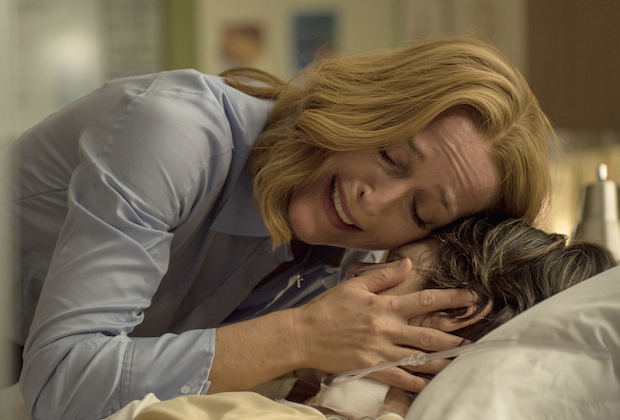 HONORABLE MENTION | X-Files fans are no strangers to watching Dana Scully hit a rough patch. Consequently, during the Fox series’ original run, we saw Gillian Anderson handle tough times with her character’s stoicism and talent for compartmentalizing. But when Scully’s mom fell ill and ultimately died in this week’s revival episode, Anderson used the tragedy to play her alter ego as a changed woman. So many moments highlighted the difference 23 years can make in the life of a character, from the physical change that came over Dana upon getting that terrible phone call to the way she sobbed as she begged her mother to live. Anderson played the normally buttoned-down Dr. Scully as more raw and vulnerable than we’ve ever seen her — and that, in turn, allowed David Duchovny to find new angles on Mulder, too. The tough thing about that type of performance in a revival that’s only six episodes long? It makes us want more, pronto. Fox, are you listening? 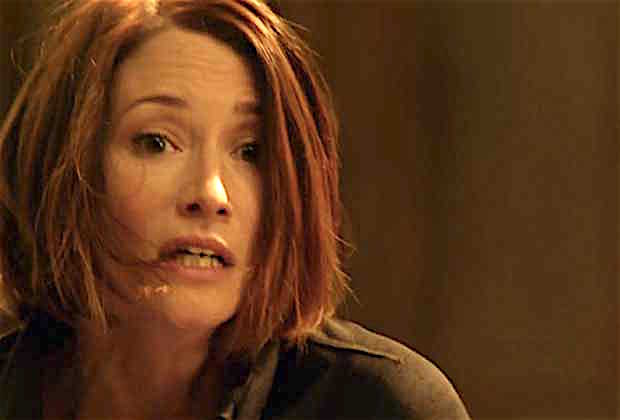 HONORABLE MENTION | When it comes to Supergirl‘s Danvers sisters, you can usually expect Kara to fly off the emotional rails much quicker than Alex ever would. But after Chyler Leigh‘s evocative performance on Monday, we’d gladly live in a world where Alex is the more combative sibling. When Kara was overtaken by the Black Mercy and trapped in an idyllic Kryptonian fantasy, it was Alex’s responsibility to bring her sister back to Earth — and boy, did Leigh sell her character’s desperation. As Alex begged Kara to return home, Leigh delivered a frantic monologue about life’s inevitable sadness that was equal parts gut-wrenching and heart-warming. Leigh’s emotion was so authentic that we momentarily forgot co-star Melissa Benoist is only her fictional sis. 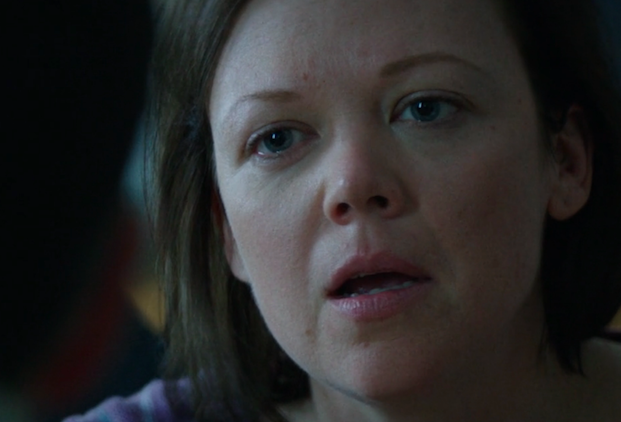 HONORABLE MENTION | American Crime‘s Lilah Tanner is, by all accounts, a terrible mother, a fact underscored in this week’s episode when she admitted that she was disappointed her gay son managed to survive his recent suicide attempt. She then went on to accuse his father of molesting him because “they get this from somewhere.” Yet, miraculously, portrayer Emily Bergl allowed us to see the scared, desperate, grief-stricken and deeply flawed human being beneath the ignorant, angry, homophobic shell. Taking stock of her lonely, miserable existence, she tearfully lamented to her estranged husband (the also-excellent Brent Anderson), “I just want to start over.” And we just want to give her a hug. And Bergl a high-five.