THE PERFORMANCE | Headlining a live TV musical is a lofty challenge, but Vanessa Hudgens’ wickedly funny, wildly charismatic and deeply sympathetic performance as bad girl Rizzo in Grease: Live borders on miraculous when you remember that she lost her father to cancer the night before the telecast.

Hudgens’ pair of showstoppers were a study in opposites. “Look at Me, I’m Sandra Dee” — a deliciously bitchy put-down of wholesome new acquaintence Sandy — allowed Hudgens to show off her comic chops as she donned a blond wig, swanned around a slumber party and delivered zingers like “Keep your filthy paws/ Off my silky draws” with real mean-girl bite. Sandy may be the heroine of the play, but Hudgens’ Rizzo is the first one you’d invite to your party.

It was “There Are Worse Things I Could Do,” however, where Hudgens brought Grease: Live to its emotional peak. Performing alone in the hallway of Rydell High School, Hudgens started off the song with an air of indignation, her high-school party girl dismissing those who label her “trashy and no good” — and proudly taking ownership of her own libido in the process.

Hudgens booming, beautiful voice absolutely soared on the last verse, though, as she pointed out, “I don’t steal and I don’t lie, but I can feel and I can cry — a fact I’ll bet you never knew.” Finally, softening to almost a whisper, she concluded that, “to cry in front of you, that’s the worst thing I could do.” With that one line, Hudgens balanced Rizzo’s pride and insecurity, her growing sense of self and her feelings of loneliness — and stole the show in the process.

THE PERFORMANCE | If you’ve ever used a pressure cooker, then you’re aware of that magic moment when the timer goes off, you flip the switch and steam comes violently shooting from the top of the device.

In Sunday’s installment of The Good Wife, Julianna Margulies translated that scenario into human terms as Alicia Florrick — a character who’s been in a depressive, often vacant haze for most of Season 7 — unexpectedly bared her grief and her rage to law partner Lucca Quinn (a most excellent Cush Jumbo).

As the colleagues discussed a malpractice suit that threatened to wipe out their fledgling firm, Alicia turned suddenly icy and walked off to run a load of laundry. But Lucca followed, determined to hash out the tension, and it led to a breathtaking, heartbreaking monologue that underscored why Margulies is a 10-time Emmy nominee (and three-time winner).

“I was in love. He died,” Alicia began flatly, then as she gave voice to everything her character has experienced since the sudden death of her lover Will Gardner in Season 5 — and her recent knowledge that his declaration of love had been deleted from her voicemail before she’d had a chance to hear it — her voice began to tremble with raw emotion. “Now I’m sick to death of everything,” she explained bitterly. “This apartment. This laundry. The fact that things get dirty. The law. Just standing here.”

Margulies played much of the scene avoiding eye contact with Lucca — as if she didn’t want to quite acknowledge the words coming out of her mouth, about drinking like she never has before, about wanting to climb into bed, pull the covers over her head and never do anything again. “I just want it to end!” she finally erupted, weeping, gasping, and causing Lucca (and much of The Good Wife audience) to cry for her, too. 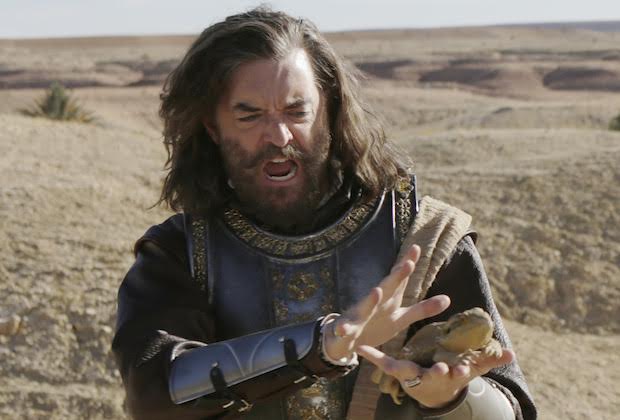 HONORABLE MENTION | War, what is it good for? Answer: Laughs, bravado and even some lovey- dovey times, as Galavant’s Timothy Omundson showed us. Season 2’s final half-hour opened with a duet between Richard and his younger self that was bittersweet in its honesty about the lad’s lackluster future. After that melancholy bit, Omundson dove into Richard’s duel with Wormwood, which began with amusing awkwardness before segueing into the seriocomic, as Richard feared the worst about his pet dragon. After besting the wizard, Richard tracked down Roberta to earnestly avow, “Without you,” his victory “means absolutely nothing.” Cap the season with future Richard beaming over a grown Tad Cooper, and you have a royally resonant performance. 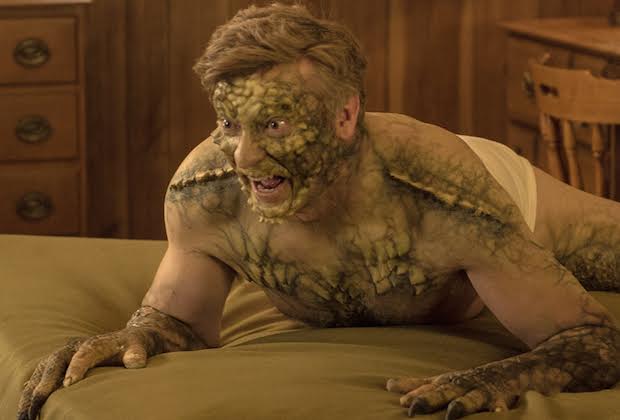 HONORABLE MENTION | The X-Files‘ Darin Morgan-penned episode, which aired this week, needed a very specific type of actor to play the part of Guy Mann, lizard monster-turned-unwilling human. Guy needed to be funny but unassuming, and wry yet childlike — someone who could perform both a soulful monologue and a gut-busting pratfall with equal ease. And wow, did the Fox series find a perfect match in Flight of the Conchords alum Rhys Darby. The comedic actor imbued Guy with an eminently watchable combination of silly nonsense (his delivery of the “3000 gigaberts of pixelbits” speech in the cell phone store was rewind-worthy) and true humanity (his goodbye to Mulder was touching without being cloying). Many — including TVLine — have deemed “Mulder & Scully Meet the Were-Monster” the revival’s best episode; Darby deserves a huge portion of those kudos. 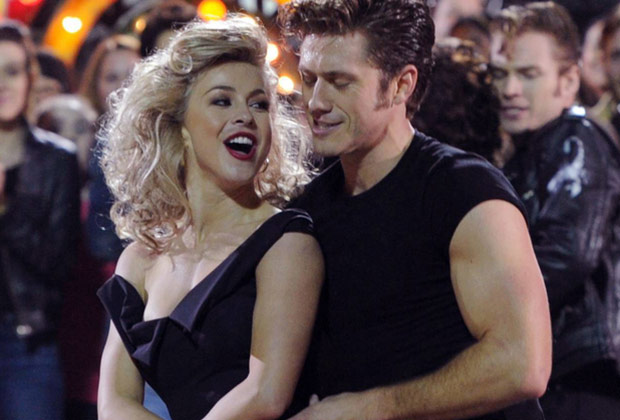