Dean wasn’t the only one left confused by Amara’s behavior in the Supernatural fall finale. But luckily, TVLine has answers from executive producer Jeremy Carver about The Darkness — and even her sibling, God himself.

Before planting a smooch on the elder Winchester, Amara appeared to have aborted her plan to suck out his soul, leaving us — and many of our readers — wondering why she would suddenly have a change of heart.

Ahead of the show’s return this Wednesday (The CW, 9/8c), Carver addressed that mystery, as well as four others involving Adam, God, Death and Lucifer.

TVLINE | It seemed like Amara was about to consume Dean’s soul, but then she 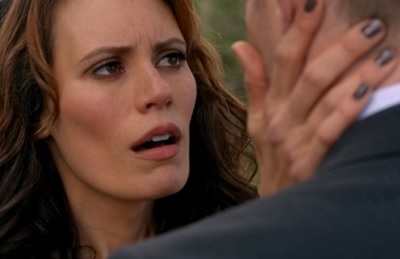 either changed her mind or couldn’t physically do it. What happened?
That is one left up to the viewer to decide. We’re happy to let that one sit right where it is, and it’s all part of the complexities of the relationship between these two.

TVLINE | How much should we trust Lucifer when he says he was the one sending the visions to Sam?
I would trust him on that fact, yes. 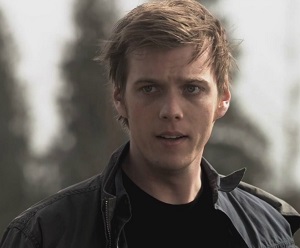 TVLINE | Now that Sam is in Hell, will this storyline touch on Adam/Michael and what happened in the cage?
The show will touch on it lightly, at this point. That’s for a couple different reasons, which I could probably [address] better at the end of the season than right now. But there’ll be some discussion of that coming up right after the break.

TVLINE | Amara gave Dean a lot of information about her brother, God.  What role, if any, will He have?
The idea of God and, “Where is God? And will God show himself?” is a question that will hang over and which will be heavily debated in the second half of the season. We’ll see each and every one of our players driven to new places in the absence of God’s presence. The longer it feels like God is not going to show, the further our main characters are going to reach for ways to solve this problem themselves. The idea of God, this sort of lurking presence, is very much part of the conversation.

TVLINE | Will there be consequences to Death’s death?
Yes. But not right off the bat. That starts to come into play more into the back half of the season.

Supernatural fans, which lingering mystery do you want answered most? Sound off below!