THE PERFORMANCE | Within the wonderfully eclectic Fargo universe, Peggy Blumquist lived in her own special world — one that, because of Dunst’s layered performance, was alternately inappropriately optimistic, arguably calculating, impressively agenda-driven and maybe a bit cruel at times, the way she would dodge husband Ed’s wants for their future.

Throughout the byzantine drama in which she deposited herself and Ed by keeping mum about a hit-and-run, Peggy was a premier Pollyanna, to the point that Sheriff Larsson had to wonder, “You’re a little touched, aren’t ya?” But the wayward workings of the hairdresser’s head perhaps never presented themselves as profoundly as in the season finale, one of Dunst’s great showcases on the series.

Lugging gunshot Ed into a supermarket meat locker to evade “The Indian” on their trail, Dunst’s Peggy was a Toros-caliber cheerleader, positing, “We’ve come this far. We’re gonna go all the way,” even as her fading husband verbally mourned their marriage. “Adversity is what seals the bond, what makes us stronger,” Peggy tried to argue — before the situation started getting really hazy.

“He’s trying to smoke us out!” screamed Peggy, envisioning a fire outside the door. “It’s just like the movie I was watching!” Except her fear was just as much fiction, which we realized when she exited the locker to only find state trooper Lou Solverson, and zero flames. In that instant, Dunst’s turn as Peggy became tragic, as she frantically searched for the Indian who wasn’t there while calling out for the husband who had just breathed his last breath.

When Lou then escorted Peggy away, Dunst dared us to take our eyes off the antiheroine, her face cycling through expressions of fleeting hope, misguided victimization and, ultimately, culpability. “I’m a victim, too! I was a victim first!” she contended. “It’s a lie that you can do it all, be a wife and a mother and a self-made career woman. And then when you can’t, they say you’re faulty, inferior somehow!” When the unlikely criminal’s defense was cut short by four words from Lou — “People are dead, Peggy” — Dunst’s reddened eyes registered the reality of guilt. Peggy then could only stare down at the cruiser floor instead of ahead to a future of admiring pelicans from a bayside prison. 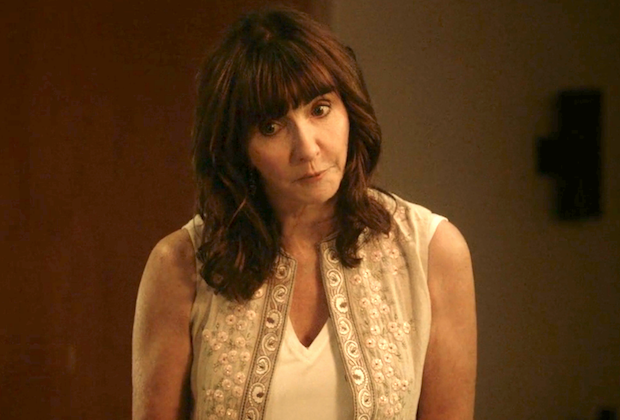 HONORABLE MENTION | The Last Man on Earth‘s suspenseful fall closer allowed Mary Steenburgen to expose Gail as more than just a tipsy southerner. Through her character, the writers explored the pain and cynicism fueled by the series’ deadly origins, giving the actress an opportunity to play her as both overtly unnerved and outrageously desensitized. Whether she was yelling at the gang for expecting a diagnosis, panicking through the terror of Phil’s unsuccessful appendectomy, or asking of Erica to let her baby daddy perish “just like the rest of them,” Steenburgen excelled at illustrating the frenzied state of mind you’d expect from one of mankind’s last known survivors. (The actress gets bonus points for her hilariously deadpan delivery of this line: “Phil, I am really gonna need you to blow out a fart for me.”) 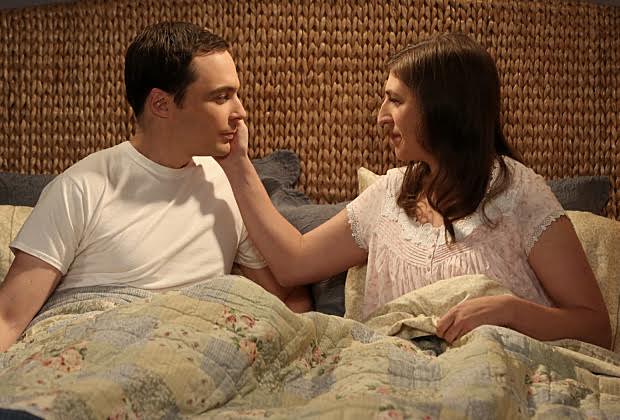 HONORABLE MENTION | Amy’s wish to be intimate with Sheldon on The Big Bang Theory has never been kept secret, but Thursday’s lead up to their first time together was more than just a bevy of cheap sexual innuendos, and Mayim Bialik‘s performance was second to none as she navigated between the character’s thrill and hesitation over this monumental step forward in her relationship. Her portrayal of Amy in these moments remained true to the character’s urges without ever downplaying the significance of her first sexual experience. 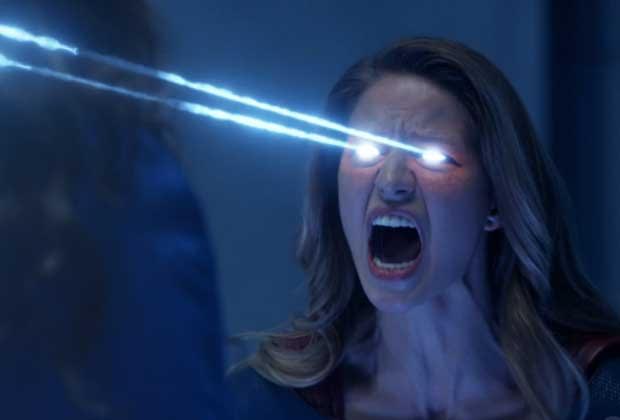 HONORABLE MENTION | When you think of Supergirl, the first words that come to mind might be “bubbly,” “cute” or something equally optimistic. And while Melissa Benoist does an excellent job of embodying Kara Danvers’ sunny nature, she’s at her best when Kara is confused and enraged. In Monday’s episode, Kara was forced to confront a harsh reality: that her mother, Alura, may not have been the saint Kara believed her to be. As she grilled her mother’s A.I. likeness, interrogating Alura about her involvement in Astra’s Fort Rozz stay, Benoist powerfully played every note of Kara’s inner conflict, letting her rage bubble to the surface before allowing the heat vision to take over. More than ever, Benoist showcased her ability to mine darker depths and make Kara the multi-faceted heroine we’ve wanted her to be since Episode 1.