This week’s Nashville gives us a mantra, and I suggest we put it into use right quick:

“I love you. I’ve loved you my whole life, and I’m gonna keep doin’ that until I die.”

When whiny alt-rockers get their man-scarves in a twist: “I love you. I’ve loved you my whole life, and I’m gonna keep doin’ that until I die.”

When bratty teens suck up screen time you’d rather spend watching baby Cadence roll around in a Pack-n-Play: “I love you. I’ve loved you my whole life, and I’m gonna keep doin’ that until I die.”

When being gay becomes the only thing Will is doing on the ABC drama: “I love you. I’ve loved you my whole life, and I’m gonna keep doin’ that until I die.”

Focusing on that incantation, uttered by the First Lady of Country Music herself and directed at Deacon, allows you to treat Mr. Claybourne’s childish fit like the too-loud breathing of the person on the mat next to you at Bikram yoga: That does not help me, and so I will not acknowledge it. It allows you to look past Maddie’s raging bitchery toward poor Daphne as if it were the caw-ing of a pigeon on your windowsill: That would be annoying if I were the type to be annoyed by that. And it helps you breeze by yet another (!) instance of bra-on sex between two people who are supposed to be burning for one another: The thought of such a ridiculous thing passes in and out of my mind like a train on a track.

ABSENCE MAKES THE HEART GROW… EH, NEVERMIND | While Gunnar and Erin have been flirtily giggling their way through The Exes’ tour dates, Scarlett has been writing; she’s got seven new songs in her notebook, a fact that starts to irk her former flame. Speaking of flames: A kitchen fire in the Charlotte venue means the date gets rescheduled, so everyone on the tour has an unexpected free day. Before you can say “the world’s most tepid love story,” Scarlett is on a plane back to Music City to surprise Dr. Rand.

Problem with that, though: Caleb’s got too much going on at work to drop it all and hang out with his girlfriend. In fact, he treats Scarlett’s entire visit as though it’s a colonoscopy he scheduled six months ago and forgot to put on his calendar: necessary, but unpleasant. Even when she greets his homecoming with lots of white candles, he’s less than thrilled to have her back. (Side note: Caleb, you’re on TV — lots of white candles = sex! Are you bummed because your girlfriend, the person you LIVE with, refuses to get more naked during your alone time? I understand. And yes, I’m on the verge of making #brafreesex my Nashville crusade.)

Anyway, once Scarlett gently confronts him about how her 24 hours in town was less than magical, he immediately does that thing guys on this show do when cornered: He jumps from normal to nasty, saying his job is “real” and that he’s “not driving around, singing for 100 people a night and getting a few free beers out of it.” They don’t break up before she returns to the tour, but it’s a near thing. And when Scar rejoins the band — just after Gunnar tells Erin he’s over Scarlett, in a songwriting way or something — she looks sad.

DON’T LET THE DOOR HIT YA WHERE THE GOOD LORD SPLIT YA | Colt still won’t talk to Luke, except to be a snotty teen. Gabriella’s constant present probably doesn’t help, either, but it’s in no way the problem-causer Colt makes it out to be. When the exec brings up Luke’s imminent worldwide roll-out or whatever they’re calling it, Wheeler tries to find a little common ground with his son by saying, “Where I’m from, ‘branding’ meant taking a hot poker to a cow”… as if you haven’t been talking about putting your name on everything from microwave popcorn to incontinence pads for the last year, bro?

Luke’s attempts at father-son bonding don’t go any better once they’re home, leading Wheeler to demand that Gabriella call off the brand debut. And it doesn’t even matter, because after Colt and Luke nearly come to blows, the boy announces at the end of the episode that he’s going to live with his maternal grandfather. (Kudos to Will Chase, though, for how immediately broken Will looks upon realizing he nearly decked his kid.)

NO MONEY, ‘MO PROBLEMS | Avery is broke, and winds up having to scrap a live gig in order to sit in on a high-paying Diet Coke ad. (When do we think Emily is going to tell him that Juliette’s made contact with her?) Meanwhile, Will writes a song with Wade Cole, the singer who dodged a photo opp with young Lexington at that launch party a few episodes back. Wade claims he only did so because his wife is super conservative, but a simple Internet search reveals that the older man is a Prop 8-supporting, homosexual agenda-fearing enemy of Dorothy. And though Will seethes over Cole’s hypocrisy, in the end, he does nothing about it.

WHO NEEDS A TIME-OUT? | Maddie is mean to Daphne, and then when Daphne tries to conform to what she thinks her big sister wants, Maddie mocks her. They make up at the end, but I’m still mad at you, Maddie.

SHUT DOWN! | That brings us to Markus, who is falling in love with — and then promptly discarding — songs for his album like they’re free samples at a froyo parlor. When he meets Deacon, Markus hugs him, and Deke’s face all but screams, “Get your frosted tips off me, man.” In that twitchy, impulsive way he has, Markus suddenly decides that Deacon must contribute a song for the album. He goes out and buys everything Deacon ever recorded — on vinyl, naturally, because ugh — and Deacon’s face says it all.

Actually, there are some great expressions flying between Ray and Deke in this scene. I’ll just let them tell the tale: 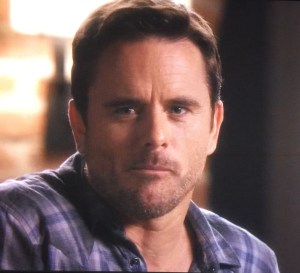 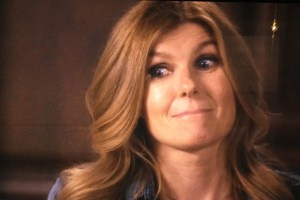 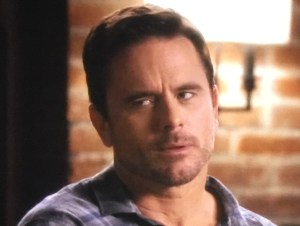 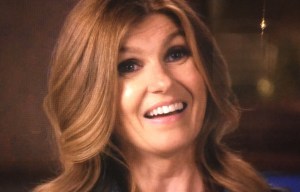 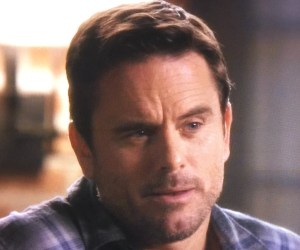 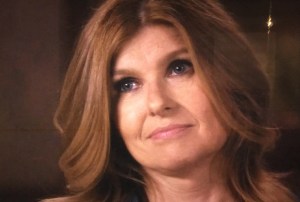 But the hilarity ends when Markus changes the words to Deacon’s song… and Rayna kinda sides with the manchild instead of her man. Deacon later angrily points out that Markus is keen to shag his redheaded producer, but Rayna denies it (even though it’s totally true). In an effort to clear the air, Ray goes to Markus’ hotel room to make sure he’s aware that she’s spoken for. He answers the door bare-chested. “I just got out of the shower, sorry,” he says. “I see that…,” Rayna responds, and you know she mentally finished that thought with “…you put on jeans, a belt, those stupid beads and your Dylan McKay hooded duster but not a shirt?”

He plays it off like she’s crazy when she nicely says he’s got no chance with her — and the best part of the whole thing is how Deacon and Rayna have a laugh at Markus’ expense later, when they’ve made up and she’s reaffirmed her love for the man, the myth, the Claybourne. “He can change any damn lyric he wants,” Deke says, channeling Hamilton‘s Burr. “He can have the whole song: I got the real prize.” And then all that’s left is some in-home-recording-studio nookie!