Roughly 15 minutes into Sunday’s The Leftovers, Virgil offered Kevin the following piece of advice about his guardian angel from hell Patti: “You’ve got to stop thinking in straight lines. Because she surely will not be. She thinks in spirals and helixes and zigzags and circles.”

The wise old man may as well have been referring to the breathtaking, audacious, innovative hour itself, which found Justin Theroux’s deceased leading man on some bizarro purgatory-ish adventure (click here for a full recap of the episode).

Series co-creator Damon Lindelof — who has been in radio silence mode for much of the season — briefly lifted his self-imposed gag order Sunday night, sharing with TVLine the following statement about “International Assassin”:

“The Leftovers is a show based on a supernatural premise and although we want the storytelling to feel as grounded as possible, the presence of Patti after her death flirts directly with that premise. We knew when we designed the season that Kevin’s main thrust this year would be ridding himself of Patti and this episode was the culmination of that story. There are those who don’t like it when the show gets “too weird” and they are likely to assume this episode was all in Kevin’s head… an ongoing fever dream catalyzed by whatever Virgil made him drink… A further manifestation of the psychosis Laurie diagnosed.

There are also those who will assign a supernatural interpretation to this episode. “Goddammit, here goes Lindelof with the Purgatory nonsense again… WE GET IT, ASSHOLE!”

It is not our place to explain ourselves nor clarify this debate. The show has to speak for itself on this front. I make no apologies for this as Tom, the writers and I have always been upfront about the storytelling on this show being purposefully ambiguous… The Leftovers isn’t about answers, it’s about the frustration of not getting them and the emotional state that drives our characters to. Like throwing rocks through the windows of people we feel sympathy for or drinking poison.

All that said, our intention here was simple. To try to do something different. And unexpected. And above all, emotional.

And regardless of what people think of the writing and/or storytelling, I hope they can appreciate the incredible performances from Justin and Ann who committed to this fully and fearlessly… I am proud and honored to be the beneficiary of their immense talents.

Now, make your way down to the gallery below as I offer up some of my personal highlights (and a few burning Qs) from tonight’s extraordinary episode. 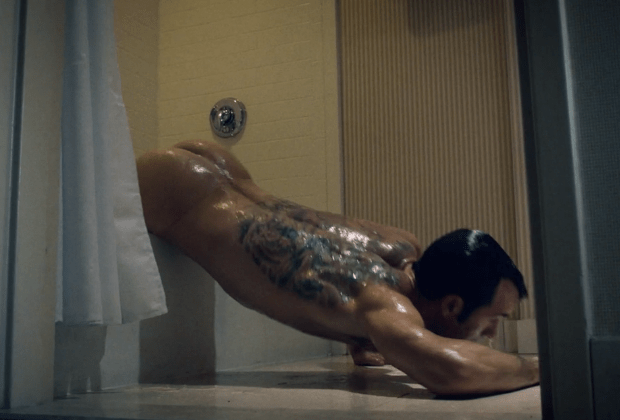