When are relationships worth the work, and when are guys simply Sh***y Boyfriends?

That’s the quandary posed by Refinery29’s new web series written by Jessica Cabot and produced by Dan Bucatinsky and Lisa Kudrow’s Is or Isn’t Entertainment (Web Therapy, The Comeback).

The episodes, released each Monday, star Melissa Hunter (Community) as Amanda, an on-the-rise animator who aspires to be like her boss — played by Grey’s Anatomy‘s Sandra Oh — but who has far less success in her dating life. (Example: In Episode 1, Amanda’s infantile boyfriend repeatedly shoots her with a toy gun as he gleefully yells, “Die!”)

Bucatinsky tells TVLine he and Kudrow were looking for a project akin to HBO’s Girls, something “that tapped into this 20-something female plight of wanting to be strong, independent-thinking and intelligent, and still looking for love.” They found it in Cabot, who was an intern at their production company.

As the series progresses, Amanda acts on the conflicting dating advice she receives, with humorous results. (You can find the series here.)

“She knows in her gut that she knows better,” Bucatinsky says. “But there is a part of her that is trying to do the thing that a lot of young women do now, which is, ‘You know what? I can’t just reject every single person because I see one thing that’s different about them. I’m going to try to make this work.'”

Bucatinsky knows of what he speaks: As Scandal‘s James Novak, he had one of the sh***iest partners around. And at the risk of opening old wounds, we asked the actor-writer-producer to reminisce about that gig and a bunch of other on-screen stints. Click through the gallery below for all the behind-the-scenes details. 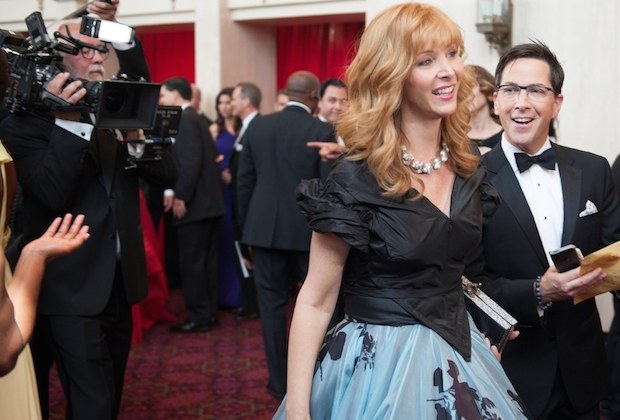