Once Upon a Time is officially going Greek.

An ABC spokesperson confirms for TVLine that relative newcomer Jonathan Whitesell and Hannibal‘s Kacey Rohl have been cast as Hercules and Meg, to appear in the 13th episode of Season 5, titled “Labor of Love.”

The castings come on the heels of TVLine reporting that Ally McBeal‘s Greg Germann will recur this spring as “The Distinguished Gentleman,” which some have speculated is code for Hades. 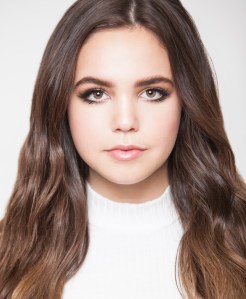 that Bailee Madison (The Good Witch, Trophy Wife) will reprise her role as Young Snow White in the same episode (the second to air after the long winter break). Madison last appeared on Once in March 2013.

As previously revealed in my Inside Line column, Hercules is described as “a dashing, strapping young man” who is “single-minded in his pursuit of his destiny: to be the greatest hero who ever lived. All that changes however, when he falls in love with a beautiful princess.” Sigh. I’ve been there!

Meg, meanwhile, is “a plucky young adventurer with a sly sense of humor and a tough, no-nonsense spirit. And though she has spent a long time languishing in a dungeon, her inner spark has not burned out. Rather, it is waiting for the right opportunity to shine brightly again.”

Whitesell and Rohl are currently set for just the one episode.

Whitesell’s previous TV credits include episodes of The 100, iZombie and Fox’s upcoming X-Files revival. In addition to her Hannibal run, Rohl has appeared on Fringe, Supernatural and The Killing.