We’ve got questions, and you’ve (maybe) got answers! With another week of TV gone by, we’re lobbing queries left and right about shows including Gotham, The Flash, American Horror Story: Hotel and Sleepy Hollow!

1 | Did Hawaii Five-0‘s reveal that Catherine is actually off of some super-secret mission soothe the sting of her jilting Steve, at all?

2 | After weeks of relatively fresh walkers on Fear the Walking Dead, wasn’t it nice to get back to the butt-ugly, rotting zombies of The Walking Dead?

3 | Is it dangerous to assume The Good Wife‘s Alicia agreed to DNC chief Landau’s “no vote” ultimatum, since we didn’t actually see it happen? (Also, raise your hand if you added It Follows to your Netflix queue after Eli referenced the horror flick to shake his rival Ruth’s confidence.)

4 | It’s now perhaps moot, but how did no other Quantico recruit ever hear the twins heatedly conversing in their private room?

5 | On Once Upon a Time, if it’s “a half-day’s ride” to the Crimson Toadstool and Charming/Arthur left during daylight, how did they arrive at noon? 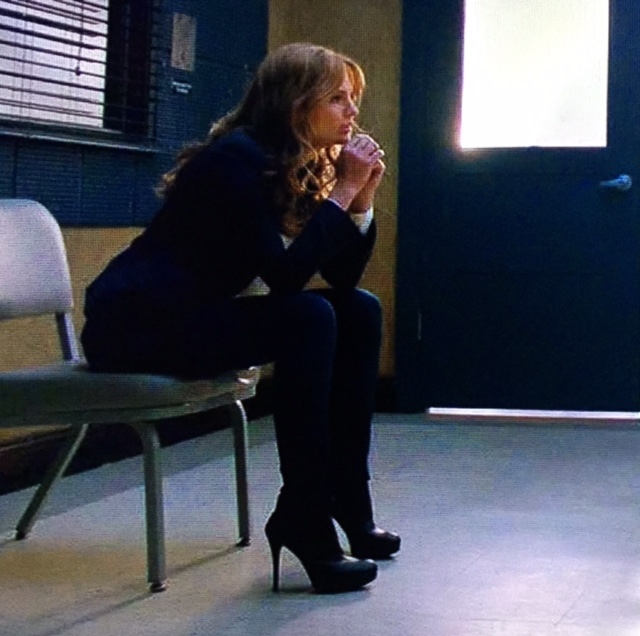 6 | With her promotion, does Castle‘s Kate now get to wear even less-practical footwear? (Not that we’re complainin’!) And for someone deadset on “winning” back Beckett by recreating their side-by-side crimesolving camaraderie, Rick sure is videochatting with the 12th a lot, isn’t he?

8 | Does Elyes Gabel’s Scorpion contract explicitly say he has to be soaking wet at some point in every Season 2 episode?

9 | If Crazy Ex-Girlfriend‘s Rebecca isn’t going to realize what a treat she has in bartender Greg, uh, is he available? (Asking for a friend.)

10 | Considering the success of Dancing With the Stars’ switch-up, don’t you wish viewers could choose whether the new pairs were temporary or permanent? 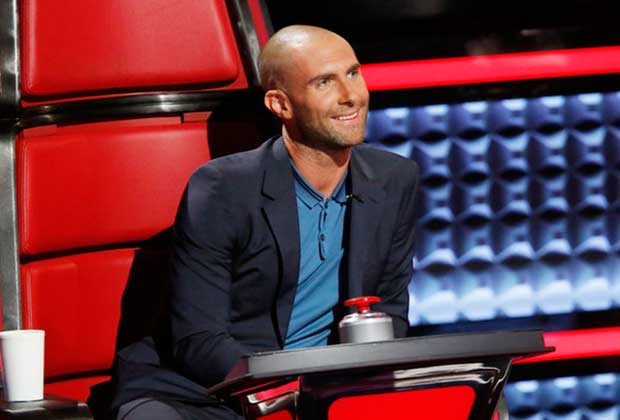 11 | Lex Luthor, is that you? Does The Voice‘s Adam Levine just need a cat to complete the supervillain look he’s got going? (Maybe Cee Lo’s kitty is available?) And given the egregious Battle Rounds eliminations of Celeste Betton, Manny Cabo and Krista Hughes, is it time for the show to switch up its methodology for “Steals” and allow the coaches to wait until every singer has performed before picking who to poach?

12 | How pissed will you be if Switched at Birth‘s Daphne sabotages her first good relationship, with Mingo?

13 | Did those of you in the Flash/Fringe Venn diagram overlap get deja vu as Dr. Stein walked us through the concept of multiple universes and portals? (What if we told you Fringe filmed on the same stages?!) Also, were you wondering about Caitlin’s sudden bangs or did you know about this?

14 | Aren’t the kids on The Grinder a little young to be watching Ray Donovan?

15 | Be honest, Scream Queens fans: Wasn’t Hester a funnier character before her Chanel No. 6 makeover?

16 | Given everything Mindy Project‘s Danny knows about his fianceé, what would make him think that she’d wholeheartedly embrace being a 1950s-style stay-at-home mom? 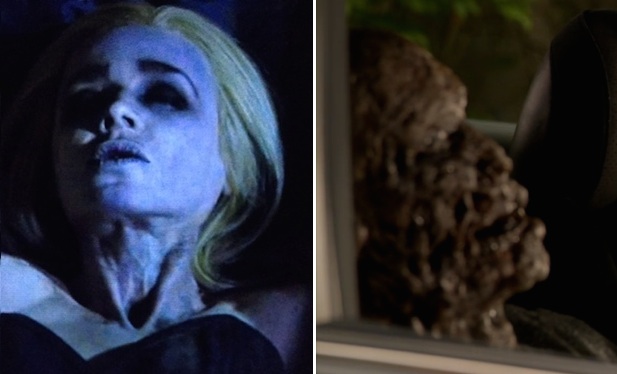 17 | Who wore decomposition best? Arrow‘s longer-deceased Sara or Empire‘s Uncle Vernon? (But what purpose did showing Sara’s shriveled corpse actually serve?) And we know Green Arrow is all about “not killing,” but would it hurt to let Thea profoundly incapacitate some of the ghosts, so they can’t pop back up again?

18 | Unless Empire is planting the seed for a miscarriage storyline, how ridiculous (and a bit hard to watch) was it to have Rhonda digging up not one but multiple possible graves? Also, was Cookie’s “If I die in police custody, I did not commit suicide!” exclamation exploitative or a necessary reminder of the real-life Sandra Bland case? And has anyone seen Anika’s backbone?

19 | Is it possible that Nashville‘s sleazy Jeff Fordham is becoming (gulp) somewhat likable? 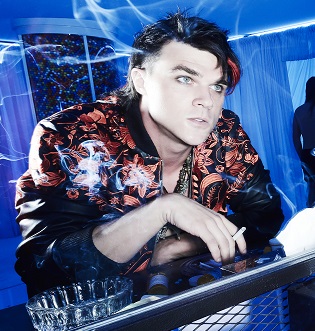 20 | If we counted all the words Lady Gaga’s vamping Countess has uttered in American Horror Story: Hotel‘s first two episodes, what do you think we’d top out at? Two dozen? And is it possible that Hotel’s Tristan Duffy is an even bigger brat than Freak Show’s Dandy?

21 | Which Grey’s Anatomy twist blindsided you more: Derek’s actual death, or that the doctor who tended to him is Callie’s new girlfriend? What do we think about Maggie and Andrew — thumbs up or down? And WTH was up with Jo disbelieving Stephanie?!

22 | Given that Scandal has previously referenced the Monica Lewinsky mess, wouldn’t President Clinton have been mentioned during the discussion about whether Fitz could be impeached for extramarital hijinks? And during which sweeps period will Olivia be “sworn in” as First Lady, February or May?

23 | What are the odds that How to Get Away With Murder can maintain its breakneck Season 2 pace without going completely off the rails? And as for Nate’s terminally ill wife, did she really turn to Annalise as a last resort in her attempt to end her life, or was she setting up her husband’s mistress for a criminal takedown?

24 | Who’s the cutest CW baby of them all: The Originals‘ Hope, Arrow‘s Sara, Jane the Virgin‘s Mateo or Supernatural‘s Amara? 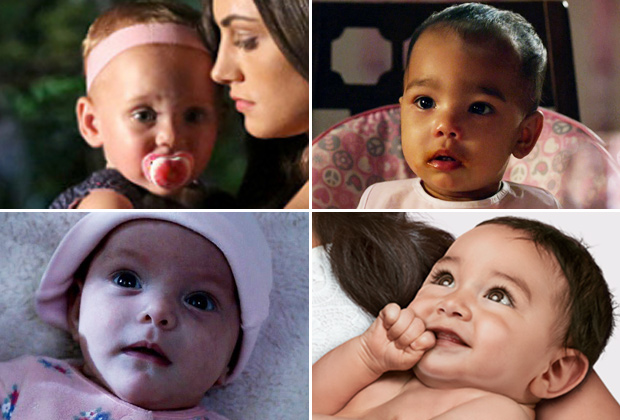 25 | On Sleepy Hollow, do you fear that Ichabod’s Hawley-procured identification documents won’t hold up to the scrutiny of the American citizenship process?