This is a damn fine disappointment.

When Twin Peaks resurfaces on Showtime in Summer 2017, there will be a new sheriff in town.

TVLine has learned exclusively that Michael Ontkean has opted not to reprise his beloved role of Sheriff Harry S. Truman in the upcoming limited-run revival. Rumor has it that veteran actor Robert Forster (Heroes, Karen Sisco) has stepped in to replace Ontkean as the town’s top lawman, although it’s unclear if he will be playing Truman or a new sheriff.

Regarding Ontkean’s decision not to return, a source close to the actor says, “Michael is fully retired from show business, 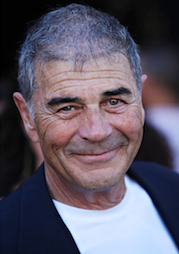 and has been for many years.”

Although Ontkean’s absence will come as a blow to diehard Twin Peaks fans, Forster is something of a felicitous replacement. Twin Peaks legend has it that David Lynch originally eyed Forster for the role of Sheriff Truman during Twin Peaks‘ inaugural ABC run. (Lynch would go on to hire Forster as a cop in 2001’s Mulholland Drive.)

Forster is the latest Twin Peaks neophyte to board the Showtime continuation, joining The Killing‘s Peter Sarsgaard, Prison Break‘s Robert Knepper, Brothers & Sisters’ Balthazar Getty and Big Love‘s Amanda Seyfried. To date, the only piece of casting Showtime has officially confirmed is Kyle MacLachlan, who will reprise his role as Agent Dale Cooper.

Lynch and fellow co-creator Mark Frost have penned all episodes of the present-day revival — which is rumored to total more than a dozen episodes — with Lynch directing every installment. Filming is currently underway in Washington state.

A Showtime rep declined to comment for this story.