You haven’t lived, Life in Pieces star Thomas Sadoski says, until you’ve been walloped by Ice-T.

The year was 2009. Sadoski, who would go on to have roles in series like The Newsroom, was guest-starring on Law & Order: SVU as a delusional fan of a polarizing talk-show host. And the script called for Fin to take the crazy guy down.

“I would be standing there, and Ice-T would come running in and would clothesline me over the desk,” Sadoski tells TVLine, laughing as he remembered the day.

There are equally interesting — though far less violent — stories from the other TV jobs on Sadoski’s resumé. At our request, he told us some behind-the-scenes stories from the sets of many (many!) Law & Order incarnations, Ugly Betty, Newsroom and more, and gave us a glimpse at life with his small screen siblings on Life in Pieces (CBS, Mondays, 8:30/7:30c). Click through the gallery below for the highlights. 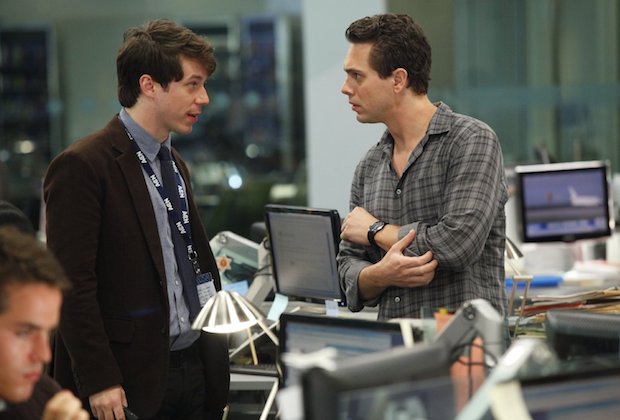