Question: Love Ask Ausiello! Anything on Grey’s Anatomy? —Mark
Ausiello: Not just anything but something quite intriguing. “Somebody comes along during the season from Owen’s past,” the doc’s portrayer, Kevin McKidd, revealed to us at Saturday’s #TGIT-themed Hollywood soiree. And, though he wouldn’t say whether the “somebody” would be played by Martin Henderson, who’s slated to debut around midseason, McKidd did admit that the character in question “ignites a lot of things in Owen and causes real problems for him.” Why? What happened way back when? “I don’t quite know,” McKidd insisted, “but Owen doesn’t react particularly well.” See? Intriguing!

Question: Any scoop coming up for Arizona on Grey’s Anatomy? —Ashley B
Ausiello: Check this out. Though Arizona and Andrew are now roommates, “we haven’t even gone into their apartment yet,” Jessica Capshaw confessed at Saturday’s #TGIT bash. But she still thinks that the duo are “hysterical.” Robbins’ love life, however, is no laughing matter. The new romance that Shonda Rhimes promised was coming still hasn’t arrived. Not that Capshaw minds. In the meantime, “it’s been Arizona doubling down on herself and trying to have a lighter, brighter, happier, sweeter, funnier [attitude],” she noted. “I feel like she’s back to [being who she was in] the beginning, but with all the knowledge she’s accrued.” That being the case, we can probably expect a good time from the Oct. 22 episode — the show’s 250th! — which includes Capshaw’s favorite scene of the season thus far. 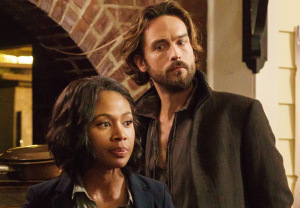 Question: Do you have any scoop on the upcoming season of Sleepy Hollow? Dying for anything after that last season of turmoil. Thanks! —Tina
Ausiello: How about a definitive explanation of Crane’s relationship with Betsy Ross, straight from Tom Mison? “She and Ichabod, in the 18th century, were sent on a few missions together by Gen. Washington. They were colleagues where, if Ichabod had Facebook, the relationship status would be ‘It’s complicated,'” he tells TVLine. “They’re work colleagues, first and foremost. But being in all those sexy situations, with subterfuge and battle, muddles things a little.” Meanwhile, despite this little detail, the friendship between Crane and Mills is “still strictly platonic,” Mison adds with a laugh. “Well, from my side, anyway. I can’t speak for Abbie.”

Question: Anything positive for Castle‘s Caskett fans after this week’s “events”? —Mandy
Ausiello: As dire as things might appear for Rick, Kate and their marriage, you should find more than a little solace in the fact that Episode 7 — airing Nov. 16, during the heart of sweeps — is titled “Mr. & Mrs. Castle.” “It’s going to be a great episode,” co-showrunner Terence Paul Winter told Matt Mitovich. “For the fans who right now are going, ‘What the heck and Terence and Alexi [Hawley] doing?!,’ when they see that episode they’ll understand and see what we’re going for.”

Question: What’s going on with Homeland‘s Carrie and Quinn in the beginning of Season 5? —TOTG
Ausiello: If I told you the circumstances under which they reconnect this season, your response to me would go something like this, “Shut the front door, put down the crack pipe, and start making some sense, Ausiello.”

Question: What is in store for Lord Narcisse on Reign next season? —Veronika
Ausiello: Well, Veronika, if you aren’t already a fan of Craig Parker’s shady character — as I suspect you are, since you asked about him — you probably will be after the Oct. 9 season premiere. Though he hasn’t always been an ally to Mary and Francis, he’ll prove most useful when their enemies begin plotting against them. As for Lola, Narcisse remains intent on winning her over, no matter the cost.

Question: Now that Brooklyn Nine-Nine has put Jake and Amy together, what can we expect to see from them in upcoming episodes? —Tamara
Ausiello: Look for their relationship to put Amy on the outs with the department during the annual Halloween battle between Jake and Holt. 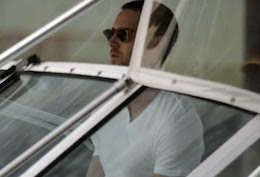 Question: I’ll take any scoop you have on The Blacklist. —Addie
Ausiello: Just because Tom Keen (Ryan Eggold) was sailing away to parts unknown in last May’s finale doesn’t mean he’ll be MIA in Season 3. According to series creator Jon Bokenkamp, Tom and Liz will have an “incredibly different” dynamic when the show returns this Thursday. “Tom and Liz have almost flipped places,” he teases. “He knew that she had been framed and she was going to clear her name, but he had no idea that she had murdered somebody. When word of that reaches him, he will have a very specific opinion about how to handle the situation.”

Question: Hey Ausiello, any scoop on Camille from The Originals? —Belle
Ausiello: “Cami has a lot on her plate” in Season 3, her portrayer Leah Pipes explains. “She’s turned into the forensic psychologist for the New Orleans PD and is starting her practice as a therapist. Her first client is Klaus, which is basically purification by fire. If she can get through this, she’ll be the best therapist in the world. She could make Kanye West humble if she can get through to Klaus.”

Question: I’m hearing a lot about The Leftovers‘ radically different Season 2. Exactly how different are we talking? —Chris 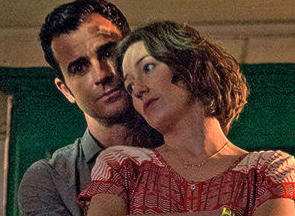 Ausiello: First and foremost, “It’s still The Leftovers,” assures leading man Justin Theroux. “It still takes hard, jerky turns and is very emotional and very dark in spots.” Now for the changes. In addition to a new setting (Texas!) and a slew of new cast members (Regina King! Family Matters’ Eddie!), “the themes feel very different than the themes of last season, which were almost exclusively grief and loss,” notes Theroux, adding that exec producer Damon Lindelof “opens the show up in a way this season where he can go down different avenues, and it’s beautiful.” (He speaks the truth. I’ve seen the first two episodes and the show remains the same yet different. And really beautiful.)

Question: Where is Danny’s ma on The Mindy Project? I was sure she would’ve been there for Leo’s birth. —Claire
Ausiello: EP Matt Warburton assures us that “We will definitely see Rhea [Perlman] again,” adding that Annette Castellano and her future-daughter-in-law will clash when it comes to their philosophies on child-rearing. “People have always asked us, ‘What’s it going to be like when we meet Mindy’s parents? What’s Annette’s attitude going to be when there’s another mom on the scene? She’s used to all the attention,'” he says. “With the number of episodes we have, it’s a great luxury. We can examine all of these dynamics.”

Question: Could we please get scoop on Dean and his storyline on Supernatural, please? I’ll buy you cookies. —Dean
Ausiello: ZOMG, you’re such a huge Supernatural fan that you changed your name to Dean? That’s not the least bit crazy. Regarding your question, Dean (and Sam) will have more than just The Darkness to contend with in Season 11. According to EP Jeremy Carver, witchy Rowena will remain “very much a problem” for the Winchesters. Now that she’s got some major magical mojo, “We’ll be seeing her in the early parts of the season deciding what she wants to do with this newfound power, and you’ll see what kind of success she has with that,” he adds. “What makes her an enjoyable character is for all of her power, she’s still ruled by a certain amount of hubris.” 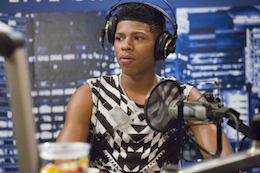 Question: There will never, ever be enough Empire Season 2 scoop for me. Throw a sister a lifeline! —Lisa
Ausiello: OK, Lisa, here’s something for you to grab onto! EP Ilene Chaiken tells TVLine that Hakeem’s failed coup (and shelved album) in the Season 2 premiere will be the impetus for some significant personal growth going forward. “Hakeem is only 20 years old, and he’s just gone through some very major events in his life. He starts the season having lost his father to prison, and having lost that relationship and all of his entitlement, too,” Chaiken offers. “It’s a big come-down, and he’s determined to prove it was a mistake, that Lucious chose the wrong son. He’s aware that everyone in his family underestimates him — and he’s got a big task to prove to them that he’s worthy, that he can accomplish the things everyone thought were being handed to him on a silver platter. We’re really going to see him maturing.”

Question: Is Tobias Fornell coming back for NCIS Season 13? —Matthias
Ausiello: I can confirm that he who shared an ex-wife with Gibbs (and is played by Joe Spano) is set for an encore this season, though an airdate has not been set.

This AAnd That…
♦ Save the date: Scandal‘s Oct. 8 episode features an Abby/Olivia scene that’s so juicy it gave Darby Stanchfield “chills.”
♦ I chatted up Modern Family‘s Eric Stonestreet at the Emmys and scored an honest-to-goodness casting scoop! Press PLAY below to find out which famous face will be Airbnb’ing Cam and Mitchell’s spare bedroom later this fall.