“In 2002 my investigation ceased, but my personal obsession did not.”

The preview, which debuted during Gotham and Minority Report and then was released as an even longer sneak peek on Tuesday, is the most comprehensive look we’ve gotten at the supernatural series’ upcoming return since the project was announced in March.

In the spot, we see: Mulder in both civilian clothing and his G-man suit, Joel McHale’s character, Scully looking concerned, Skinner!, the empty basement office (and its pencil-pocked ceiling), a mysterious old man, a mysterious young man (in flashback), Area 51 (maybe) and more.

We also hear, via McHale’s voiceover, that an attack — which will look like terrorism but will actually use alien technology lying decades in wait — is imminent… and he needs Mulder’s help.

Of course, we’ve got questions. (After all, that’s why they put the “I” in “FBI.”)  Exactly how has Mulder “put the pieces together,” after all this time? Who is the old man, and what does he mean by “You’re close”?How is Cigarette Smoking Man alive? (Or is he?) And why is Scully — who’s not wearing a lab coat, mind you — sitting in the Intensive Care Unit when Mulder comes calling?

Press PLAY on the official trailer (above), then click through the gallery below for a closer look at the FBI’s most unwanted in action. 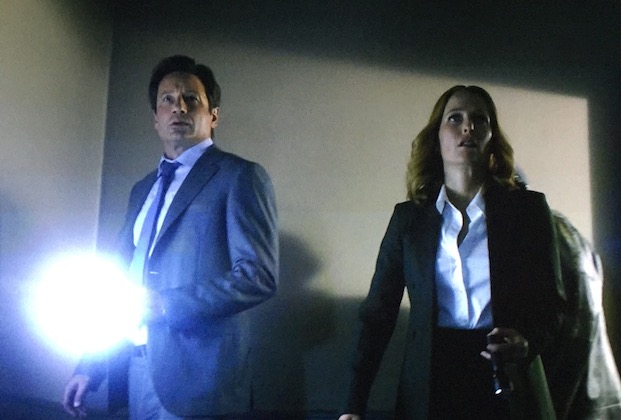