The broadcast networks have more than 20 shows debuting this fall, including a soaring Supergirl, reborn Heroes, reanimated Muppets and sexy Scream Queens. To help you prep, TVLine is offering up First Impressions of the pilots.

THE COMPETITION | ABC’s Dancing With the Stars, CBS’ Scorpion, NBC’s The Voice and The CW’s Jane the Virgin

THE SET-UP | In the year 2065 — 11 years after the events of the Tom Cruise movie — the Pre-Cog named Dash escapes isolation in the name of using his visions to assist homicide detective Lara Vega (Good).

THE FIRST IMPRESSION | For starters, here’s a thing: Without spoiling the Minority Report movie, its title referenced a discovery made in the course of fighting future crime with the Pre-Cogs’ psychic help. With Precrime investigations long disbanded in 2065, this is thus a wrongly titled TV series, adaptation or not. That said….

Fox’s Minority Report — which went through significant retooling over the summer (for one, casting Zano as Dash’s twin, Arthur, versus having Sands pull double duty) — 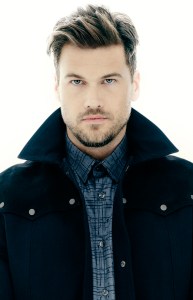 will likely and perhaps purposely evoke the network’s other genre series about a fish-out-of-water white male who partners with an African-American female cop, and whose secret origin mystifies the casual acquaintance. Good and the boyish looking Sands, though, don’t share the same kind of chemistry as Sleepy Hollow‘s stars, so the Will They/Won’t They element that invariably is part and parcel with such a procedural partnership probably/hopefully won’t come into play.

Sands is fine, if not full of surprises, as TV’s latest iteration of a spectrum-adjacent savant, while Good certainly throws herself into the physical elements of her role, such as when Vega “recreates” crime scenes with holographic gizmos and what not. Valderrama plays Vega’s workplace rival (and apparently ex-lover, as her gal pal reminds us multiple times), while Regan follows in Samantha Morton’s footsteps as lead Pre-Cog Agatha, who disapproves of the twins’ return to society.

The series’ future D.C. is realized nicely, bright and bubbly versus gray and moody, and is rife with next-gen tech and fleeting details like the renamed Red Clouds NFL team and teens preening for “selfie drones.”

The premiere pivots around a patently silly Evil Plan — one you’d sooner expect to find on Zoo (and which, revisiting previous trailers, has been greatly reshot) — and ends with Dash voicing aloud a version of, “So, what’s next?” Given that his “one time only” role in cracking Vega’s latest case was kept well off the books and ultimately was reliant on an assist from his opportunistic twin, viewers are left to wonder that, too.

THE TVLINE BOTTOM LINE | With no Bradley Cooper-like cameo from Tom Cruise to give this TV adaptation an implicit movie-star endorsement, Minority Report will sink or swim based on word of mouth. Given the sci-fi-er’s bumpy road to fruition, its future is, at best, unpredictable.

Watch a trailer for Minority Report, then vote in our poll below.
https://www.youtube.com/watch?v=_fLl-DMzxrk