Question: Can we expect a major “Steroline” kiss in the Vampire Diaries season premiere? I need it. – Kayla
Ausiello: You might want to sit down for this one, Kayla: Paul Wesley couldn’t quite recall what goes down in the premiere — they’re a few episodes into Season 7 right now — but when we asked him about Stefan’s kissing agenda with Caroline, he did drop this bombshell: “I’ll be lip-locking with more than one woman.” 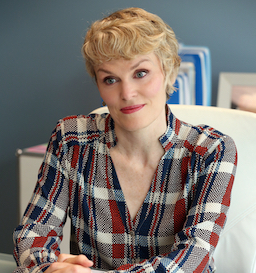 Question: Any scoop about Castle? —Fred
Ausiello: Not just any scoop, exclusive scoop! Actress/comedienne Stephnie Weir (The Comedians, MADtv) has signed on to guest-star in Episode 5, titled “The Nose,” as Mia Laszlo, a real character who begrudgingly helps Castle and Beckett via her unique ability to sniff out the mastermind behind a multi-million dollar heist.

Question: Supernatural scoop, please! —Shirin
Ausiello: Remember how executive producer Jeremy Carver teased at Comic-Con that some fan favorite characters will return in Season 11 (premiering Oct. 7), and in surprising ways? It sounds like their reappearance could be tied to the new Big Bad. “As responsible as the boys feel for having released The Darkness and how much they personally want to defeat it, they’re not going to be able to do it alone,” the EP tells TVLine. “They’re going to have to confront some figures from their past. They’re going to have to make some unexpected and unholy alliances involving folks from their past, which will have personal ramifications, as well. Because these are some pretty significant figures from their past.”

Question: Anything you can give us about Booth and Brennan’s new baby on Bones? Please? —Debora
Ausiello: It’s a boy. He will already be several months old when the new season starts. And his name… will have meaning. Also, don’t expect Bones to morph into Parenthood now that Booth and Brennan have two kids together. “It’s not the baby show, it’s the Bones show,” exec producer Michael Peterson tells TVLine. “We’re trying to find the perfect balance, where we show the kids and [establish that] Booth and Brennan are great parents [without] making it solely about the children.”

Question: Any word if Booth’s son Parker will make another appearance this season? —Phoebe
Ausiello: As a matter of fact, yes! “We definitely will be seeing him,” Peterson reveals of Booth’s MIA kid from another mother. “We’re working on a storyline right now that will have him return.” 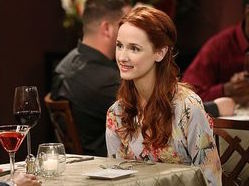 Question: Are we going to see any more of Emily (Laura Spencer) in Season 9 of The Big Bang Theory? —Andrew
Ausiello: You’re going to see quite a bit of her now that Raj has professed his (faux) love to her. “I think he knows in his heart that this might not be the right person for him, but, for a sensitive and insecure guy like him, the thought of choosing to break up with someone and then be alone is difficult,” explains exec producer Steve Molaro. “That’s something he will be wrestling with further in Season 9.”

Question: Will Ziva ever come back to NCIS? —Janet
Ausiello: Isn’t that forever the million-dollar question? And while we (obviously) have no news on that particular front, Michael Weatherly — he plays Ziva’s former colleague, Tony — did tease some very special guests to come. “I have come to understand that there will be, later in the year, some guest stars that will melt the avid NCIS viewer’s brain,” he shared. (Presented with and amused by Weatherly’s provocative sell, show boss Gary Glasberg would only confirm, “We’ve got some really fine guest spots that aren’t locked in yet.”)

Question: I have a query regarding NCIS: LA. Do you know if we’ll see Nell and Eric getting together this season? –Brittany
Ausiello: In Season 7 (premiering Sept. 21), “We certainly see more of that relationship,” showrunner Shane Brennan told Matt Mitovich as part of our Fall Preview Q&A. “It’s obviously not as developed as Kensi and Deeks’ relationship, but there’s definitely more fun to be had there.” Especially when one of the techies tackles a new skill. “Sam is going to give Eric weapons training,” Brennan shared with a chuckle. “For those who have watched from the beginning, you realize this is fraught with danger — for everyone!”

Question: What’s this past history between Sleepy Hollow’s Abbie and Lance Gross’ character, Daniel? —Regina
Ausiello: Abbie and Daniel “had a very special relationship when they met,” new showrunner Clifton Campbell tells TVLine, “and it’s going to be kind of challenging to suddenly be somebody’s boss when you started out being very, very close friends.” Whether that closeness continues into Season 3 creates a “challenge” for the feds, he adds. “You want all the good of that close, trusting, intimate relationship without the messiness of it going too far, and that’s proven in the first handful of episodes so far this season to be interesting to watch.” 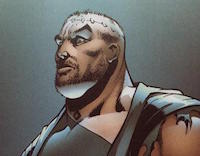 Question: I’ll take any heroic/villainy scoops for Flash and Supergirl, please! —Mason
Ausiello: The brute to the right is headed to one of those shows later this fall, but which one?! First Aushole to hit the comments with this beast’s name and the correct show wins bragging rights to having too much time on their hands on the Friday before Labor Day!!

Question: Will Cary finally catch a break on The Good Wife? —David
Ausiello: Yes, he’ll finally catch a break in Season 7 — and that in itself will cause him angst. “Throughout his six years on the show, he has always been the person struggling the most to maintain his career,” notes exec producer Robert King. “Now he’s in the most secure position ever. He’s a partner at Chicago’s third-largest firm. And he’s only 34. He’s the youngest person in the room almost by a decade or two, and that creates a very big strain for him because A) he’s not used to not struggling and B) he finds himself drawn to the [younger] associates. He’s caught between the people over him and beneath him. That creates a great, interesting comic strain for Matt Czuchry.”

Question: Any Brooklyn Nine-Nine spoilers for Jake and Amy shippers? –Lindsey
Ausiello: Sounds like a question for co-showrunner Dan Goor. “Our philosophy all along has been to try to deal with this [relationship] as realistically as possible,” he tells TVLine. “These are two people who clearly have a chemistry together and clearly like each other, but are both highly competitive and who work together. We’re picking up right where they left off — where they kissed — and they have to first figure out what that means and what they want to do going forward, given the constraints of working together, in a fishbowl.”

Question: Despite Mistresses leaving Joss in peril at the end of the Season 3 finale, I’m going to assume she lives. My question is whether or not she and Harry will find their bliss in Season 4. —Elijah
Ausiello: That’s a bold assumption about the ABC sudser’s renewal chances (and what Wilson does with his gun), Elijah. But since I like your optimism, let me offer you some scoop you’re sure to like, straight from showrunner Rina Mimoun: “We’re tired of keeping Joss and Harry apart, and we want to see what their relationship looks like.” But while Mimoun and partner-in-crime K.J. Steinberg say they don’t foresee an outside love interest mucking up the former in-laws’  affair, Harry’s new deal for a Food Network travel series with celeb chef Rocco DiSpirito could be the fly in the couple’s soup-for-two. “The reality show aspect will give Harry a chance to have a real evolution from someone who doesn’t understand this invasion [of privacy] to someone who either embraces it or implodes because of it,” says Steinberg. “Instead of putting a woman in the way of Harry and Joss, we could explore what happens if the public eye gets in the way.”

This AAnd That…
♦ Now I’m really worried that a certain Walking Dead vet’s days may be numbered. The show is quietly casting a Season 6 role that sounds a lot like Negan, the comic book character who ends up killing [Spoiler]. The breakdown describes “Rich” as a fiftysomething narcissist who has an angry streak, a “Senator-like charm” and the charisma of a car salesman. Totally Negan, right?
♦ An early Season 2 episode of How to Get Away With Murder will feature a transgender character as (presumably) a client of Annalise’s.
♦ Scoop! The exclusive kind! Mom‘s Melissa Tang — recently cast on The Big Bang Theory as Leonard’s infamous North Sea “mistress” — has booked an arc on Beauty and the Beast. She’ll play a cable news personality in a pair of Season 4 episodes.
♦ I bear good news for Once Upon a Time fans hoping that the introduction of Merida (played by Amy Manson) means we’ll at some point meet her royal ‘rents. This season’s ninth episode will introduce  Queen Elinor and King Fergus.