Wedding bells were ringing on Thursday’s Rookie Blue finale as Andy and Sam finally got hitched after six seasons of running away from each other, to each other and everything in between.

As romantic as the nuptials were — after a wedding dress-clad Andy helped a man on the side of the road who had been stabbed by a crazy hitchhiker — there was a certain amount of uncertainty for the characters and viewers. While Sam wondered where his MIA bride was, fans were left questioning if the episode was the show’s last. Executive producer Tassie Cameron didn’t know the drama’s fate when she penned the hour — and still doesn’t! — so she set out to craft a fulfilling ending.

“I knew it was my last episode as showrunner,” Cameron says. “We weren’t sure what was going to happen, so we tried to make it a satisfying conclusion in case it is the end of the show, but with lots of openings to indicate new kinds of characters if we were to reboot the series. It’s more conclusive than some of our season enders, which have been a bit more cliffhanger-y.”

Read on as Cameron talks about Andy and Sam’s vows, Nick’s future, the twist that rocked 15 Division and more.

TVLINE | How did you decide which characters would get more of a conclusion and which, like Chris and Gail, would have less of a happy ending or an unclear one?
From the time that I started with this show, I had imagined a happy ending with Sam and Andy. I love wedding episodes, I love wedding movies, and I always hoped we’d get that far with [Andy]. So the primary goal for me was trying to make sure that love affair was tied up in a way that was satisfying and that we earned over six seasons. And then the other characters, I don’t know that it was a conscious decision to leave some people a little more open-ended than others. It just depended on the arc of their season.

TVLINE | Let’s talk about the wedding and my No. 1 question: How did Andy manage to keep her dress so clean?!
[Laughs] That’s the beauty of television, Vlada. We had two dresses. I would have liked it if the dress was a tiny bit dirtier, actually, a little bloodier by the end. But you don’t want her going down the aisle in a big, bloody dress… We actually just let her wear the dress and do the scene with the guy in the car and then whatever was on the dress was what she walked down the aisle in. She actually didn’t get that dirty.

TVLINE | And thank you for not letting her get hurt or hit by a car or attacked by the woman before her wedding.
[Laughs] You’re welcome. We were never planning on injuring or putting either of those two characters’ lives in danger. But we did want to throw Andy a big dilemma, which is, does she do the right thing as a police officer and as a person or does she get to the church on time?

TVLINE | Did Sam really doubt Andy would show up?
Andy McNally has run away from him in the past. And if there was ever an obstacle in their way that she could conceivably run away from, it might be getting married to a man who has a baby with another woman. But I don’t know that we were ever trying to play it for him really doubting. It was more concern — “Where she is? What happened to her?”

TVLINE | The vows were so lovely. What was it like writing those?
It was hard and easy at the same time. It was strange. I wrote them in one sitting, cried a lot and then worked on them with the actors and [director] David [Wellington]. We really worked on them, word by word, to make sure they were authentic and that the actors believed them. We ultimately stayed very close to the first draft that I wrote. I’ve never been married, so I just wrote versions of what I would want to say. [Laughs]

TVLINE | I know Andy requested Marlo not be there, but did you ever consider having her and the baby at the wedding, maybe as a gesture?
We didn’t really consider that, actually. It seemed like Marlo would be thoughtful enough not to want to be there, even if Andy and Sam had invited them — and we really wanted one perfect, obstacle-free night for McSwarek.

TVLINE | We never learned what name Sam and Marlo gave their daughter. Is there a reason?
I don’t think we ever named their daughter — or if we did, I can’t remember it. Open to viewer suggestions!

TVLINE | What was the intention behind the final scene between Nick and Andy?
It felt we owed it to that storyline and to those two characters to have a moment of goodbye and forgiveness and gentle [exchange to convey], “I’m happy for you,” and “I’m happy for you, too.” [We wanted to] show that he had forgiven her and that he was moving on and that she was happy for him, as well. 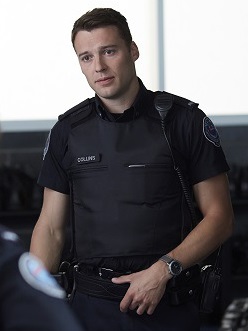 TVLINE | Was this Nick’s goodbye to the show, as well?
It could be. I don’t know. That’s up to [new showrunner] Sherry White. Nick is a great character, and if there’s another season, I wouldn’t be surprised if he found his way back to the show.

TVLINE | There were some shakeups at the Division, mainly with Duncan being transferred and Nick leaving, but not as many as you’d expect given Jarvis’ warning. Why did you decide to keep everyone together at 15?
When Oliver says at the end, “You guys aren’t the problem. You’re the solution,” we believed that to be true of these characters. They are all very different kinds of police officers, but over six seasons, they’ve proven themselves to have heart and balls and courage. We thought promoting three of them to training officer was a really nice way to open a new season if there was one — and end the show if there wasn’t. 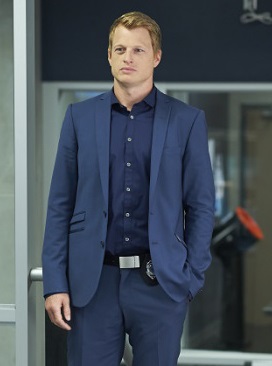 TVLINE | Speaking of shakeups, when did you know Steve would be the corrupt officer?
We decided it at the beginning of the season. We had to arc that out quite carefully. It was more of a continuing storyline for us than we normally do. Actually, I think we knew it in Season 5. We knew that Santana was going to be involved with this and he was going to have an inside man. We knew probably midway through Season 5 that we were going to focus in on Steve Peck. We’d always felt that he was the most authentic person to have that kind of moral grayness in him. Since the very first time we met him, his partner was a dirty cop. It felt true to us.

TVLINE | Where would you place the odds of a seventh season?
Every day that goes forward without a renewal seems like it’s tipping toward it being the final season. But I’ve been surprised before, so who knows?

TVLINE | If there is a Season 7, will you have any input?
We arranged that I would be a consultant on Season 7, if there was one. It’s a hard job. Sherry doesn’t need me, but probably it’s my way of still trying to stay involved because I care. But it’s also important for me to move on creatively and try to figure out something else. I’ve thought about nothing but the show and these characters for six seasons now. It’s been very, very nice for me to take a break and think about other ideas and spend more time with my daughter and get my life together.

Rookie Blue fans, are you happy with how things wrapped up for Andy & Co.? Do you want another season, or are you satisfied?