What’s up with Once Upon a Time‘s improbable alliance? Which Castle couple is butting heads? What happens when NCIS‘ DiNozzo does LA? Is hope lost for S.H.I.E.L.D.‘s Skyeward? Read on for answers to those questions plus teases from other shows.

Can you explain to me the new Once Upon a Time photo of Dark Swan being trained by Rumplestiltskin? How can that be, if he’s in a coma back in Storybrooke? – Vera
Upon being consumed by the Darkness in the May finale, Emma “did not travel time, but she did travel realms,” series co-creator Eddy Kitsis makes clear. “And why Rumple’s there will be immediately explained within the first act of the premiere (airing Sept. 27).”

Is the incredible resemblance between Once Upon a Time’s King Arthur (to be played by Liam Garrigan) and a certain one-handed pirate just happy coincidence? –Linda
With a chuckle, Eddy Kitsis affirms, “It is just a happy coincidence!”

Is there any Ryan/Esposito storyline coming up on Castle? I always love seeing more of Jon [Huertas] and Seamus [Dever]! —Marine
Co-showrunner Terence Paul Winter foresees “a very interesting story” ahead 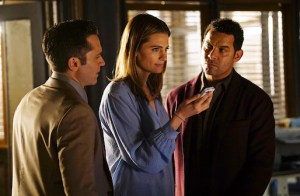 for the boys, in the wake of their colleague’s job change. “After seeing Beckett ascend the ranks, they’re realizing maybe it’s time for them to start looking upwards in their own careers,” Winter says. “In doing so, they start to butt heads a bit, but in a fun way, because the dynamic between those two has always been ‘two brothers.'”

Anything Caskett-related to share for Castle? –Mandy
You’re gonna really like the exclusive photo I’ll be running as part of TVLine’s Fall Preview Spectacular.

Will we see more of Danny’s new son this season on Hawaii Five-0? –Sarah
“It’s definitely a story arc for the season (premiering Sept. 25),” says showrunner Peter M. Lenkov, who actually was thisclose to uncorking the twist a year earlier than he did, but instead decided to put some distance between (accurate) Internet speculation and the actual reveal. “There’s a nice little [storyline] of Danny having to take some time off to do that [bone marrow transplant],” all setting the stage for a Halloween episode where father and son trick-or-treat in the hospital halls. “As grumpy as he is,” Lenkov says, “with kids you see a whole different side of Danny.”

Got any scoop on Michael 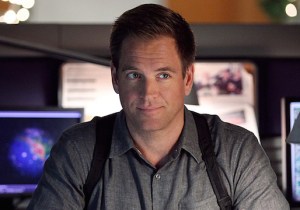 Weatherly’s NCIS: LA appearance you feel like sharing? –Michelle
NCIS: LA boss Shane Brennan says that Weatherly’s crossover visit fuels one of the spinoff’s “Top 5” episodes ever, triggered by “a classic DiNozzo moment in which he’s in Los Angeles to pick someone up from an airplane and, goodness me, they’re not there. He’s about to be in serious trouble with his superiors, so he needs the help of our team in L.A. to find the person he was supposed to pick up.” Sharing moments with Hetty, Deeks, Sam et al, Weatherly’s scenes are “amazing,” Eric Christian Olsen raves. “He’s such a gifted actor, so good with comedy and drama,” perhaps no more so than when paired with Deeks. “I am his spirit animal. He is my spirit animal,” Olsen declares. “One of us is one of us’ spirit animal.”

I am in desperate need of a scoop regarding the Mr. Robot finale (airing Wednesday)! Do you have anything? –Farley
Two characters who have not had a scene together will meet for the first time, while someone you may have thought you’d never see again will resurface (and in a most unexpected fashion).

We’ve been getting hints that Arrow‘s beloved Starling City is going to be Starling no more. Is this a nefarious plot by Damian Darhk? –Marika
Although renaming Oliver’s hometown is not Darhk’s handiwork, you can be sure that he will cast a long shadow — though never skulk in one – on the rebranded Star City. “He’s very different from our previous Big Bads in that he’s not hiding in the shadows,” showrunner Marc Guggenheim shares. “But at the same time, he doesn’t have a public persona.” That, however, won’t keep him from crashing VIP gatherings. In the Oct. 7 premiere, for example, “He shows up at a very public meeting that Lance is present at,” the EP previews. “If Darhk wants to show up somewhere, he’s certainly going to!”

I know they talked about 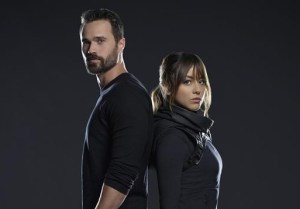 Agents of S.H.I.E.L.D.‘s Skye and Lincoln (blech!) at TCA, but Skyeward ‘shippers are still holding out hope that our ‘ship has a chance. Is it all in vain? –Lily
For one, Skye is now going by her birth name, Daisy — so that in and of itself spells trouble for the ‘shipper name. And beyond that, “Ward fell for Agent 33 last year, and after Daisy had put a couple bullets in him, it sure felt to me like he he’d moved on,” exec producer Jeff Bell notes. “Anything is possible,” he allows, but right now, at least, the new HYDRA head is “less interested in snuggling with Skye than in getting payback for what happened to Kara.”

Is Gibbs’ recovery going to make a difference in the future of NCIS, if he takes a back seat for the whole season? –Anita
Oh, I don’t recall anyone saying that Boss will ride shotgun for the whole season…? But yes, count on some differences in the big orange room. “We’re going to see some changes in Gibbs that are going to throw people a bit,” showrunner Gary Glasberg says. “[Mark] Harmon is doing some fantastic work right now in just subtle nuances. So, physically, you’re going to see changes. Emotionally, you’re going to see changes. At the end of the day, things that you wouldn’t normally associate with Leroy Jethro Gibbs are going to happen.”

I just read that Ripper Street has begun filming its fourth season in Ireland. I presume that Amazon is going to stream Season 4 in the UK first. However, will the U.S. eventually get access to Season 4, and if, so, when? –Andrea
BBC America is all set to air the fourth season Stateside, I can confirm.

How are things going with the Mortal Instruments TV series? Do you think it will be worth watching and when will it premiere? –Vivian
When I asked ABC Family president Tom Ascheim about the series — titled Shadowhunters – he had yet to screen a full episode, but said, “We’re excited by the dailies. McG directed the first one and it looks beautiful. It looks big.” Expected to debut in January, the TV take on the book series should satisfy fans. “When you’re adapting, you always have to find the balance of being loyal and giving them something new,” Ascheim said, “and I think we’ve found a good balance.”

Do you know if Emily Meade will be appearing on The Leftovers Season 2? –Martin
In a word, no. Seeing as Season 2 relocates the Garvey family from Mapleton, N.Y. to Jarden, Texas, HBO’s synopsis says, Jill will be “leaving behind the town she grew up in and the friends she made there, including her best friend Aimee (played by Meade), who will not be making the journey to Texas with the Garveys.”

Any more scoop on Wilson Bethel’s recurring gig on ABC’s Blood & Oil (premiering Sept. 27)? Or how many episodes he will be in? –Hannah
His episode count is TBD, but the Hart of Dixie fave is recurring as Finn, a handsome (twist!) chef from Chicago who came to North Dakota with dreams of opening a restaurant, but soon realized he was a better cook than he was a businessman. And although Finn’s charismatic smile proves alluring to some, behind it lies – dun-dun-dunnnnn! — a dark secret.