The following contains out-of-this-world spoilers from the Falling Skies finale.

It was back in May, during Upfronts week and more than a month before Falling Skies‘ Season 5 opener, that Noah Wyle spoiled for me the outcome of the TNT series’ finale.

“I don’t want to give everything away, but… we win,” he let slip with a wink. Even so, “We thin the herd along the way,” he warned. “Not everybody makes it to the finish line.”

As the alien-invasion drama’s final hour unspooled, Tom, wife Anne, sons Hal, Ben and Matt, and the rest of the 2nd Mass — plus a few new biker pals led by Jeff Fahey — made tracks for the Lincoln Memorial, where the Espheni were guarding something big. Traveling through an access tunnel, they stumbled across a nest of glowing (they’re always glowing, aren’t they?) eggs 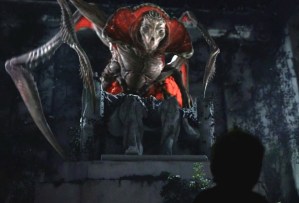 containing super-extra-nasty Espheni. It was down there, during a blast, that Tom get separated from the rest of the troops, and forged ahead alone, coming face-to-face near Lincoln’s severed head the Espheni queen.

The queen pinned down Tom with a spritz of goo, leaving the Dorniya bioweapon just out of his grasp. But just as the queen went to suck Tom dry, he grabbed the vial and let its contents run through his body and into his attacker, promptly exploding her into smithereens, along with all of her minions. (That the hornets’ bursts resembled fireworks above the Washington Monument surely was by design.)

Tom’s thrill of victory would be short-lived, however, as upon reuniting with his unit he discovered that newly pregnant Anne had died, 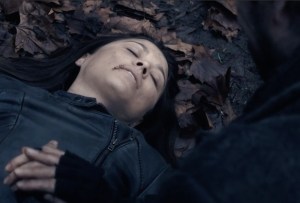 from wounds suffered during the subterranean blast. Flashing back to his own miraculous apres-moon trip salvation at the hands of the Dorniya, Tom carried Anne to the water, beseeching his onetime saviors to bring back his wife. There at the shoreline, Tom also had a final face-off with a worse-for-wear Pope, who breathed his last breath after agreeing on a certain peace with his years-long frenemy.

In a brief coda, we flashed forward to a ceremony commemorating humankind’s victory, seeing Tom, an alive Anne, Weaver, Hal (with fiancée Maggie) et al scrubbed clean and in their Sunday finest. Now the professor emeritus at the new United Nations University, Tom gives a speech, closing with the feel-good takeaway from the five-year skirmish — that “We are not alone.”

In the wake of the Steven Spielberg-produced series wrapping its run, executive producer David Eick emailed TVLine the answers to a few burning questions, revealing some flash-forward “RSVPs” that got lost in the mail as well as the final twist that was deemed too ominous.

TVLINE | How long ago did you come up with the Espheni queen’s motivation for the attack on Earth? It was rather 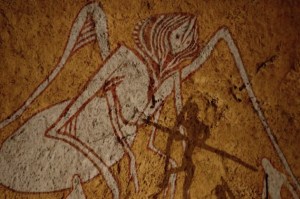 Spielbergian, her having a (semi-)tragic past and all.
I pitched this idea to Steven during our off-season meetings and he loved it right away, challenging me to have our audience question if maybe they’ve been rooting for the wrong side. In the end, we didn’t push it quite that far, but indeed, it always seemed to me that Falling Skies was a family drama first, and what better way to explain the motivation of the enemy than to suggest that we’re not the only race capable of experiencing pain and loss? 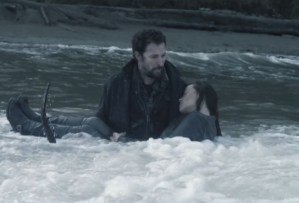 to the ocean waters/those who “helped” him, worked?
Yes, the Dorniya save Anne in much the same way, we suggest, that they saved Tom (off-camera) in the moments between end of Season 4 and opening of Season 5.

TVLINE | Was there any discussion about leaving Anne dead, as the one great price Tom paid for humankind’s ultimate victory?
No. Between the losses the 2nd Mass had already accumulated, plus the fact that we were killing off our new regular Demarcus Wolff (played by Daren A. Herbert), as a cautionary reminder of the life or death stakes that have always been a hallmark of the show), nearly killing Anne and definitely killing Pope… it seemed the body count was sufficient for a finale.

TVLINE | Was there anyone else that cheated the Reaper, that was at one point offed in earlier drafts? 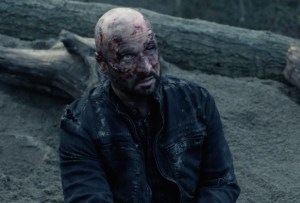 There was a great deal of debate about allowing Pope’s “death” in Episode 509 be his final curtain, but I felt strongly that we needed to see a final Tom/Pope standoff in the last episode. After all, they’ve always symbolized the black-and-white nature of human beings at war.

TVLINE | Regarding that last face-off, was Pope truly expecting that Tom would put him out his misery?
In addition being a critical component (to me) of the final episode, it did seem that Pope — despite giving in to his darkest impulses this season — could be ever-so-slightly redeemed by offering his gun to Tom. But of course he’s too late; as Tom says, “I’m done killing.” 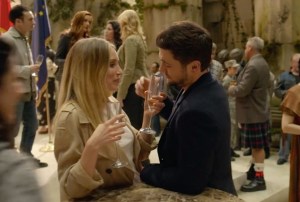 TVLINE | Was there anyone you wanted back for the festive final scene but didn’t get?
In many drafts, we had return cameo appearances by Scarlett Byrne (who played Lexi) and Jessy Schram (Karen) planned, but budget and page count proved too much to overcome.

TVLINE | Was there any temptation to offer a final sting as we looked up to the skies? Maybe show a “star” ominously zoom away? 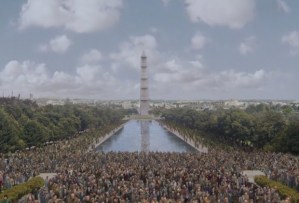 In the original outline, after Tom crushed the vial to release the Dorniya critter to kill the Queen, we see the critter scurry away. Later, after Tom’s big speech, the camera soars to the heavens — “We are not alone” — but then it zooms back down, all the way back to the Lincoln Memorial, now deserted, as that little Dorniya critter patters off into the night. However, we ultimately decided to end on a hopeful versus ominous note…