Let’s put this in terms Ballers sports reporter Tracy Legette would appreciate: A few of the high points of Arielle Kebbel‘s professional life have been complete hail marys.

“Some of my best career moments happen completely out of my control,” Kebbel, who plays the broadcaster on HBO’s football series, tells TVLine.

Take, for instance, her turn as The Vampire Diaries‘ Lexi Branson, a role that spanned five seasons — mainly because the Salvatore supporters dug her.

“We started shooting, and I totally fell in love with Lexi. But still, even then I didn’t know what the fans’ reaction would be,” she says. Then the CW drama’s writers “started writing me in because nobody wanted to see Lexi go. That, to me, is one of those moments where, without the fans and the writers being willing and [executive producer] Julie [Plec] having a big-picture idea of how [Lexi] fits in, it never would’ve happened that way.”

VIDEO Westworld: Get a Look at HBO’s Western-Tinged Sci-Fi Drama

In advance of Ballers’ season finale Sunday (HBO, 10/9c), we asked Kebbel to think back on the roles that got her where she is today. Click through the gallery below — or go directly to it here — for her memories, including fearing the worst on 90210, handling an ambush on Entourage and nearly dying of embarrassment (in front of Jared Padalecki!) on Gilmore Girls. 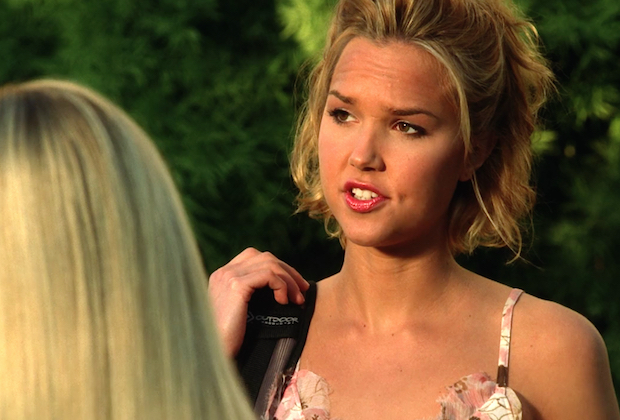