Question: Any intel on whether Penny and Leonard will actually tie the knot on The Big Bang Theory? —Susan
Ausiello: They’ll certainly get close to tying the knot. The CBS smash is currently looking for a male actor in his 50s to play a minister in the Season 9 premiere, which confirms that P&L are still in full-tilt Vegas elopement mode when the action picks up. That syncs with this scoop I snagged from EP Steve Molaro at Comic-Con: “We pick up a few hours after the Season 8 finale,” he revealed. “Leonard and Penny were headed to Vegas, and we’re going to catch up with them right there.”

Question: I just saw Hamilton on Broadway and it was life-changing. But now I’m worried — how is Jonathan Groff going to be able to do eight shows a week and shoot the Looking movie? —David
Ausiello: It’s called an “out clause,” and Groff’s Hamilton contract has one that specifically allows him to flee to San Francisco for several weeks this fall to shoot the Looking wrap-up film. 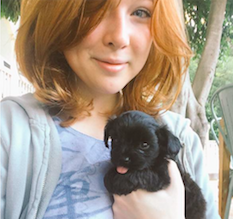 Question: Do you have any spoilers for Castle you can share with us about some of the changes we can expect to see this season? —Mariana
Ausiello: Molly Quinn’s newly shorn mane is one step in a much larger, more adult makeover for Alexis in Season 8. (Read: Someone may start having a little sex in the city.)

Question: Any scoop on Madam Secretary season 2? I can’t wait for the show to come back! —Nicki
Ausiello: We’re going to finally meet President Dalton’s (Keith Carradine) other half, First Lady Lydia Dalton, early in the season when the elegant, WASP-y FLOTUS hosts a very tense dinner party at the White House.

Question: Do you have any new information about Arrow Season 4? —Beatriz
Ausiello: There will be life after love for Thea, and it rears its “handsome, charming, witty” head in Episode 5 in the form of Alex, a sharp and polished political consultant who will eventually get Speedy to utter these two very important words: “Roy who?” 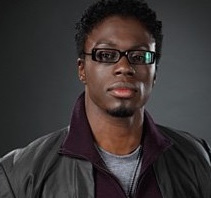 Question: Do you have any intel on Heroes Reborn? —Nicky
Ausiello: You already know that Rookie Blue/Lost Girl actor Clé Bennett has joined the NBC revival in a recurring role. But what I’m fairly certain you don’t know is that his character Harris Prime’s special power involves a certain C-word that is way less filthy than this tease suggests.

Question: What is the status of Mysteries of Laura’s Meg Steedle and Alysia Joy Powell? —Dani
Ausiello: Steedle — who joined the NBC drama midseason as “Frankie” Pulaski — will not be returning as a series regular, while Powell will continue to recur as Alicia the nanny.

Question: Do you have any info as to who will not be returning for Gotham Season 2 as a series regular? (Other than Jada Pinkett-Smith, I assume.) —Alex
Ausiello: Matt Mitovich did some digging around and learned that, as suspected, neither Victoria Cartagena nor Andrew Stewart-Jones (AKA Montoya and Allen) will return as regulars. Meanwhile, though Michael Chiklis is coming on board as GCPD Captain Nathaniel Barnes, Zabryna Guevara, who plays Captain Essen, is still a series regular — and in fact will play a key role this season.

Question: I noticed you uploaded most of the Comic-Con interviews from this year on the site, but Under the Dome is missing. Did you do an interview with the cast and could you please post it? —Fred
Ausiello: Sure, Fred. I’m only in the middle of TCA hell and fall-preview-prep but let me drop everything and get right on that for you.

Question: SleepyHeads are dying for information about Sleepy Hollow Season 3. We are starving over here! —Regina
Ausiello: Feast on this: Season 3 picks up one year later and finds Abbie, having completed her training at Quantico, returning to Sleepy Hollow as a FBI agent. BONUS SCOOP: We will also see the return of Joe Corbin (Zach Appelman), who will team up with Jenny to aid Ichs and Abbs. 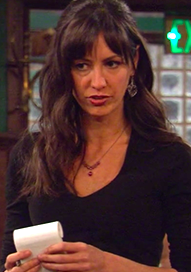 Question: Any more new faces coming to Sleepy Hollow? —Lil
Ausiello: Yeppers. Charlene Amoia — AKA longtime MacLaren’s waitress Wendy from How I Met Your Mother — will turn up in the Oct. 1 premiere as Susan James, a woman weighed down by her secret conspiracy to reveal corruption in her office.

Question: Since David Lynch returned to the Twin Peaks revival, official news been hard to come by. Anything you’ve heard? —Ross
Ausiello: Coop will encounter a fresh crop of quirky locals (in addition to lots of familiar faces) when he returns to Twin Peaks, and Lynch is adopting a rather unorthodox audition process to find these new oddballs. Rumor has it he’s asking prospective new cast members to prepare and perform a lengthy monologue about themselves. Also, he’s specifically looking for interesting, character-y, preferably unknown actors.

Question: Any scoop on if UnREAL creators Marti Noxon and Sarah Gertrude Shapiro can change their minds and bring Freddie Stroma back for Season 2 as Adam? I prefer him with Rachel, rather than Jeremy! —Chris
Ausiello: Actually, they never said he wasn’t coming back. Allow Shapiro to give you the lowdown on what was essentially a huge misunderstanding: “Freddie didn’t know that we were considering bringing him back for Season 2, so he answered in interviews that he wasn’t coming back because we haven’t officially picked up his contract. But I actually called him [and said], ‘Hey, do you mind just leaving it open, because we actually are sort of talking about it. If you’re open to it, we’d like to talk about it.’ So the door’s definitely open for Adam to make an appearance again.” Phew, glad that’s cleared up.

Question: Apparently Ricky Whittle will be back on Mistresses soon. With both Daniel and Blair in the picture, does that mean Marc stands no chance of winning April’s heart? —Magali
Ausiello: Sounds like a question for EP Rina Mimoun: “The arrival of Daniel will definitely create some chaos in April’s world, but it will also illuminate a few things for her. I wouldn’t count Marc out yet!”

Question: I’ll take a morsel on Season 4 of Bates Motel. —Claire
Ausiello: Well, it just so happens I’ve got a tasty one. EP Kerry Ehrin confirms that Season 4 will pick up “right where we left off” at the end of Season 3, and here’s why: “We left with a lot of cliffhangers — Bradley had just been killed, Norman thinks his mother did it, the actual Norma has no idea where her son is, Emma’s going in for a lung transplant. So there are a lot of threads we [wanted] to pick up immediately.”