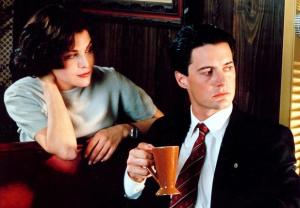 Free pie and coffee for everyone!

David Lynch just confirmed via Twitter that Showtime’s stalled Twin Peaks revival is officially back on — and it will consist of more than the initially-announced nine episodes.

Dear Twitter Friends, the rumors are not what they seem ….. It is !!! Happening again. #TwinPeaks returns on @SHO_Network

Showtime president David Nevins followed that up with his own Twin Peaks-y statement, in which he announced that fans will be getting more than nine episodes now. “This damn fine cup of coffee from Mark and David tastes more delicious than ever,” he said. “Totally worth the extra brewing time and the cup is even bigger than we expected. David will direct the whole thing which will total more than the originally announced nine hours. Pre production starts now!”

The Twin Peaks revival was announced in October, with Lynch and co-creator Mark Frost penning all nine episodes (which they have already done), and Lynch directing every installment. In January, Kyle MacLachlan formally signed on to reprise his role as FBI agent Dale Cooper.

But in April, Lynch announced via Twitter that he was abandoning the project “after 1 year and 4 months of negotiations” because “not enough money was offered to do the script the way I felt it needed to be done.”

Showtime, however, remained hopeful that a compromise could be reached. “Showtime also loves the world of Twin Peaks,” a network rep said in a statement at the time, “and we continue to hold out hope that we can bring it back in all its glory with both of its extraordinary creators, David Lynch and Mark Frost, at its helm.”

Shortly thereafter, the show’s stars, led by Madchen Amick, released a video supporting Lynch, in which they each offered distinct, often character-specific reasons why Showtime moving ahead without their fearless leader would be a huge mistake.