Question: Do you have any scoop or casting news on Brooklyn Nine-Nine? I can hardly wait to find out who the new captain will be. —Addie
Ausiello: Prepare not to be disappointed. “Everyone is going to be really happy with who the new captain is,” assures exec producer Mike Schur. “And the way that the [Sept. 27 Season 3 premiere] is conceived, that is far from the final surprise. It takes a lot of fun story twists and turns, in very rapid succession, once the new captain is announced. It’s going to be a really funny and good episode.”

Question: I would love some scoop on Supernatural. —Frances
Ausiello: Later in the season, a two-part “bottle” episode will find Sam and Dean “in the same location, building off the same case,” shares EP Andrew Dabb, adding that the arc will “create a little bit of serialization we don’t do a lot of.”

Question: My wife and I just finished binge-watching all five seasons of Shameless. What a fantastic show, but now we are going through some serious withdrawal. Any inside info on Season 6? —Chris
Ausiello: The Showtime comedy will introduce Sammi’s (Emily Bergl) never-before-seen mom, Queen — AKA the “earthy, sensual, flouncy, flamboyant and joyous” woman Frank (William H. Macy) had a one-night stand with decades ago. Casting is underway for a “zaftig” actress in her 50s who is comfortable with nudity and sexual situations and doesn’t mind being called zaftig.

Question: Bridget Regan tweeted a photo of her on the Good Wife set — any intel on her character? —Samantha
Ausiello: The Jane the Virgin villainess guest-stars in the Season 7 premiere as Madeline Smulders, a plaintiff in an estate case. I’m guessing she’s a client of Alicia’s, based on the below photo, which Julianna Margulies posted on Facebook (that’s Regan sitting in Alicia’s new office). 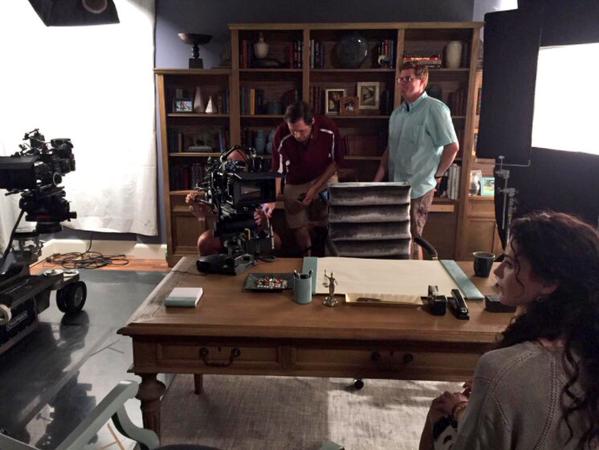 Question: I recently read that the new Twin Peaks has been increased to 18 episodes now —how true is this? —Nathan
Ausiello: It’s a fluid situation (isn’t it always with David Lynch?), but I’m hearing the same number being batted around. Although a source cautions that “it may be 18 total hours” as opposed to 18 episodes (meaning a few of the installments could be super-sized).

Question: Do you have any scoop regarding Liv’s love life on iZombie? —Muriel
Ausiello: If you’re carrying a torch for Liv and Major, you should probably toss it in the nearest wastebasket. “They have no chance,” exec producer Rob Thomas declared at Comic-Con. Was he being facetious? All is revealed in the video below! BONUS SCOOP: iZombie is casting Blaine’s polished, articulate, sardonic, wealthy and, most importantly, disapproving father Angus. Expect a very strained family reunion.

Question: Any scoop yet on what’s in store for Supergirl? —Stefanie 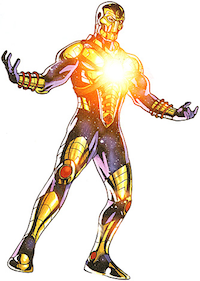 Ausiello: A whole world of hurt around Episode 3. That’s when infamous DC villain Reactron is poised to take aim at Kara. The nuclear-powered, exoskeletal chest-plated madman has a long-held grudge against Superman, but, for some reason, it’s his cousin he’s striking out against (possibly because she has her own TV series and Superman doesn’t). Fun bonus fact, free of charge: In the Superman: New Krypton comic, Reactron is responsible for the deaths of Kara’s parents.

Question: Does Jeffrey Dean Morgan’s casting on The Good Wife make him unavailable for a third season of Extant? He’s been a great addition to the show. —Josh
Ausiello: You’re assuming there will be a third season of Extant. (Have you seen those ratings?) If by some miracle the show does live beyond Season 2, the chances are good that Morgan will be involved. “They have approached and wouid like me to come back,” Morgan tells me. “And I would be hard-pressed to not go back and work with Halle [Berry] again.”

Question: Huge fan of Bates Motel — any scoop? —Sal
Ausiello: Word around the ice machine is that there will not be a time jump between the Season 3 finale and the Season 4 premiere, which I’m fairly certain would be a first for the show. 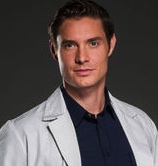 Question: Anything on Beauty and the Beast Season 4? —Maria
Ausiello: Max Brown — AKA Cat’s morgue crush Evan Marks — is returning for an episode. Which is notable mostly because the character is, you know, dead.

Question: Any more new faces coming to The Originals in Season 3? –Jess
Ausiello: How about two more faces, Jess? The show is currently casting for Van, a male witch in his early 20s, who reluctantly becomes involved in New Orleans’ supernatural politics when a loved one is murdered. Then there’s Tristan, a vampire who shares a “long and complicated history” with the Mikaelsons. Tristan is loyal to a fault and ruthless against his enemies; as for whom he takes to bed, let’s just say he might not discriminate.

This AAnd That…
♦ Did I already mention that a pivotal CSI character is getting killed off in the upcoming two-hour finale? (Technically, he/she will already be dead when the episode begins.)
♦ Scandal scoop: I’m hearing OPA’s first Season 5 client will be British royalty.
♦ Virginia’s demon spawn of a teenage daughter is taking all the joy out of Masters of Sex.
♦ Robert Patrick confirmed to me at Comic-Con that Agent Doggett will not turn up in Fox’s forthcoming X-Files revival. I’m going to assume the same is true for Annabeth Gish’s Reyes.