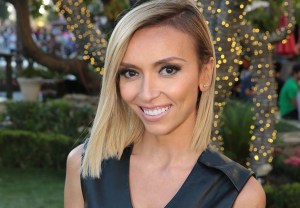 Giuliana Rancic will have one less ball to juggle at E!

The network announced last night that beginning August 10, Rancic will be “officially transitioning out of her day-to-day role” on E! News.

She will, however, maintain her positions as co-host of the network’s Fashion Police and Live From The Red Carpet franchises.

“For more than a decade, I was fortunate enough to play a role in the success of E! News and will miss my family at the show,” Rancic said, in a release. “At the same time, I am excited to not only continue as host of two major franchises on E!, but also executive-produce the aspirational new show Rich in Faith for Oxygen as well as take my wine and clothing lines to the next level.”

In February, Rancic found herself at the center of a media imbroglio after making a “joke” on Fashion Police about actress Zendaya’s dreadlocks, one that insinuated the K.C. Undercover star’s hair smelled like marijuana. Zendaya, feeling that the joke also had racist connotations, posted an open letter on her Instagram account, urging anyone with such comments to “contemplate a little before opening your mouth” in the future.

While Rancic quickly apologized for her remarks, she later blamed the situation on editing. In the aftermath, her co-hosts Kelly Osbourne and Kathy Griffin both departed the program, with Melissa Rivers — daughter of the late Fashion Police pioneer Joan Rivers — announcing in June that she’d join Rancic and Brad Goreski as a third co-host.

Will you miss Rancic on E! News? Leave your thoughts in the comments!