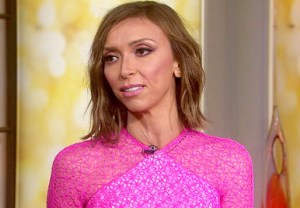 Despite already apologizing on air for offending Zendaya — her comments about the K.C. Undercover star’s appearance on the Oscars red carpet contained potentially racist undertones — Rancic felt there was still more to say.

She continued, “I thought that the joke was not edited in the proper way, and that’s just something I have to live with. It’s very important for me to just get out there and tell the real story, and I knew I would have my moment. But those darn headlines were so crazy for so long that I thought, ‘Let everything calm down, and then I can come out and tell the real story.'”

As for whether or not Rancic will appear on the show when it returns in September — Kelly Osbourne and Kathy Griffin have already made very public exits — she simply said, “We’ll see.”

Do you think Rancic should cut her losses and leave Fashion Police behind? Drop a comment with your thoughts below.