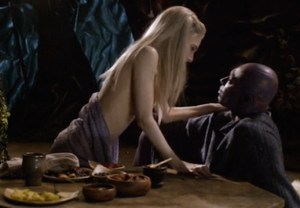 We’ve got questions, and you’ve (maybe) got answers! With another week of TV gone by, we’re lobbing queries left and right about shows including Penny Dreadful, UnReal, Scream and Suits!

1 | Does Defiance now change its show logo, at least until the arch is repaired? Also, where do we get the NeedWant’s apparently winning pancake recipe?!

2 | Are people seriously trying to apply logic to Teen Beach 2, which is about kids who are transported in and out of a movie musical?

3 | Did Lifetime’s Perfect High inform us that, among heroin’s other side effects, it makes your hair piecey, even borderline dreadlocks? 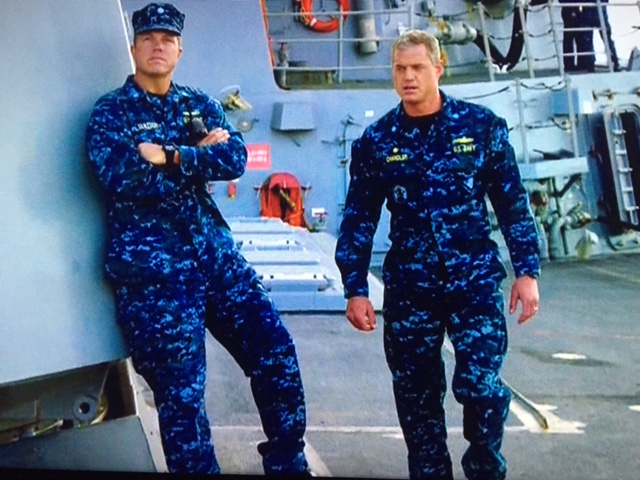 4 | What do we think, are Eric Dane’s Last Ship camo shirts a touch too tailored?

5 | Is there any more entertaining/formi- dable/dynamic acting duo on TV at the moment than Penny Dreadful‘s Eva Green and Helen McCrory? Wasn’t the Creature’s imprisonment made approximately 100 times worse by the fact that it was “sweet,” blind Lavinia who betrayed him? And against all odds, aren’t you hoping Sembene will pull through after Werewolf-Ethan attacked him?

6 | What was the last thing you remember from True Detective‘s glacially-paced, snooze-inducing second episode before you nodded off? 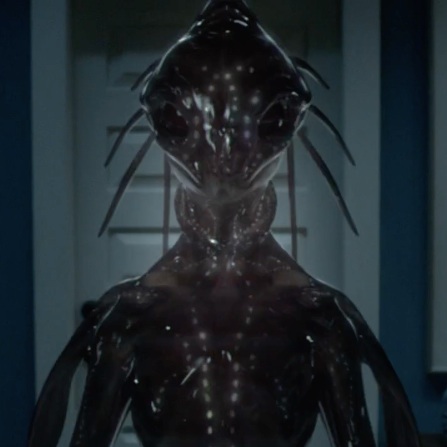 7 | Who else caught this freeze-frame of Falling Skies’ “true” Rebecca?

8 | How relieved were you to realize that, so long as her original body wasn’t destroyed, Salem’s Countess Marburg couldn’t be dead dead?

9 | What would American Odyssey’s Odelle have done if the Times reporter had been, say, a tall black man?

10 | Does Food Network Star‘s Dom know that he’ll have to be in front of the camera constantly if he wins? 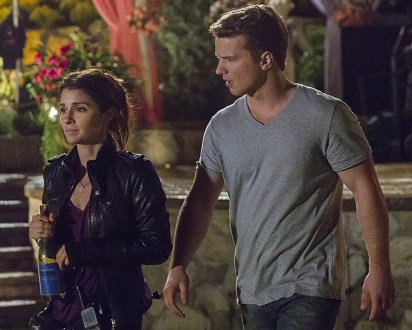 11 | Are you ‘shipping UnReal‘s Adam and Rachel? (Should one be shipping them?) And wasn’t Rachel and Jeremy’s hook-up kind of out of nowhere?

12 | Hey, Minority Report: In what world do Nick Zano and Stark Sands look like twins, even of the fraternal sort? (Don’t say, “the future.”)

13 | What was your favorite LOL-worthy moment from the Zoo premiere? Gotta be the tree full of mewing cats, yes?

14 | Would you even care if Scream offed, like, 90 percent of its one-dimensional characters?

15 | Don’t you kind of wish Inside Amy Schumer‘s Listen Alert service was real? 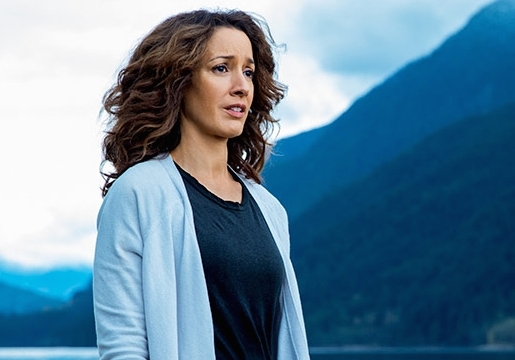 16 | When we talk about actors who are aging very, very well, Proof’s stunning Jennifer Beals has to be near the top of that list, yes?

17 | Is Tyrant’s Barry (theoretically) speaking the local language fluent enough to pass himself off as an Abbudinian soldier? Or is everyone in that family actually standing around conversing in English? (Hey, at least The Americans gives us a sense of when people are floating in and out of Russian.)

19 | When you have raked in as much money as Suits’ Harvey must have over the years, does a pay cut really matter? 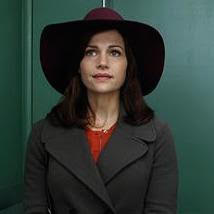 20 | Are we to believe that a volunteer milliner inside the Wayward Pines mountain fashioned this fetch hat for Kate? Or was she wearing it when she got into her own car crash (or whatever)?

21 | Help settle this Complications debate: Which is most deserving of its own Twitter handle — Jason O’Mara’s abs or Beth Riesgraf’s bare bottom?

22 | Mistresses‘ Karen/Alec/Vivian three-way foreplay: Hot or not? And is there any chance Calista’s hubby isn’t a total cheating rat-fink? 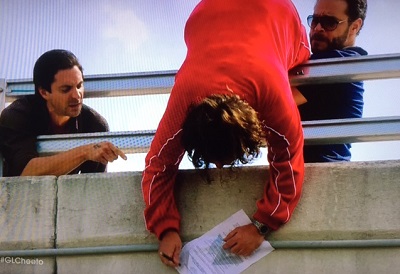 wouldn’t immediately do something about two guys dangling a third over a bridge, in broad daylight? (Yes, looking at you, Graceland.)

24 | Was Hannibal’s Inspector Pazzi trying to get himself killed visiting Dr. Lecter alone at night with zero backup? And be honest: Have you started fast-forwarding Will’s stream-of-psychobabble conversations?