If you’re at work, make sure to plug in your headphones before watching the new Wet Hot American Summer: First Day of Camp trailer.

Why? Let’s just say that Amy Poehler and F-bombs look like they’re going to be very cozy bunkmates in the buzzed-about Netflix series.

The Parks and Recreation star is just one of many famous faces showing up for the start of the fictional Camp Firewood’s summer season, which will be the focus of Netflix’s 8-episode series based on the cult comedy film.

What else can you expect? Buddy boards, short shorts, a right-off-the-bat acknowledgement that the actors playing teenagers… aren’t, a forbidden practice called “salt-water taffying,” a dance direction that includes the phrase “lead with the crotch,” the camp nurse lending someone a helpful hand and lots of Ben-McKinley awkwardness.

Scan the official poster below to see who else you can spot, then press PLAY on the video at the top of the post to watch the inappropriate summer hijinks get underway. 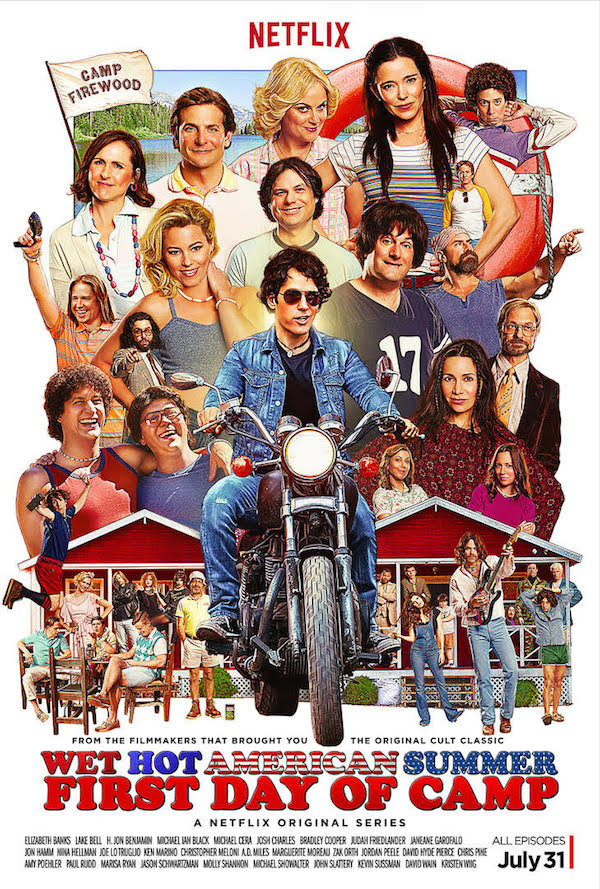