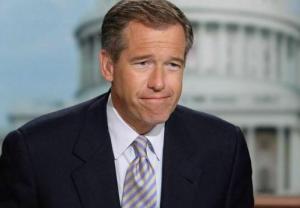 NBC Nightly News with Lester Holt has officially been ordered to series.

The Peacock network on Thursday formally announced that Brian Williams will not be returning to the Nightly News desk following his six-month suspension. Holt, who had been filling in for Williams, has been named the venerable program’s permanent anchor.

Williams, meanwhile, will transition to MSNBC as “anchor of breaking news and special reports.” He will also serve as a breaking news anchor for NBC News when Holt isn’t available.

Per NBC, the decision was made after an “extensive review” confirmed that Williams “made a number of inaccurate statements” about his experiences covering news in the field.

“I’m sorry,” Williams said in a statement. “I said things that weren’t true. I let down my NBC colleagues and our viewers, and I’m determined to earn back their trust.”

Promised my family I wouldn’t think about work during vacation. Just got the ok to break that promise. Excited and grateful for new role.

In mid-February, NBC hit Williams with an unpaid, six-month suspension from his duties as NBC Nightly News‘ chief anchor and managing editor. At the time, NBC News president Deborah Turness promised a continued investigation into the “wrong and completely inappropriate” misrepresentation of events that occurred while Williams was on assignment in Iraq in 2003.

The controversy surrounding Williams began during a Jan. 30 broadcast of Nightly News, when he falsely claimed his helicopter was hit by a grenade in March 2003 as he covered the Iraq War. In the weeks that followed, more of Williams’ reporting and anecdotes were called into question.