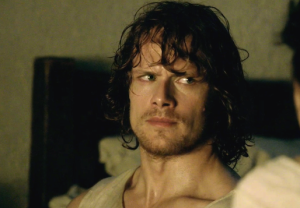 THE PERFORMANCE | You can just imagine the thoughts that must’ve crossed the mind of Outlander‘s Sam Heughan upon hearing his character’s trajectory at the end of the season: “I’m going to do what? And they’re going to show every minute of it?” Indeed, Jamie’s rape by Black Jack Randall in the finale was a nasty, graphic, terrifying violation rendered heartbreakingly honest by Heughan’s performance. The fearless actor shifted Jamie from defiant to resigned to seemingly removed from the proceedings, until Randall — not satisfied with merely ravaging the Highlander’s body — decided to sully his soul, as well. As a disoriented and gravely injured Jamie realized that he’d inadvertenly experienced a moment of pleasure at his rapist’s hand, Heughan infused one facial expression with enough regret and sorrow to last several lifetimes.

After his rescue from the prison, the actor played Jamie’s torment and shame unflinchingly, relating his attack to Caitriona Balfe’s Claire in detached manner far removed from Jamie’s normal vibrance. And though the episode ended on a positive note — Heughan’s smile as Jamie learned he will be a father was like seeing your porch light suddenly come into view after a long time away from home — here’s hoping that Outlander allots the space and time in Season 2 to properly process what’s happened to its hero. Heughan is more than capable of handling it. 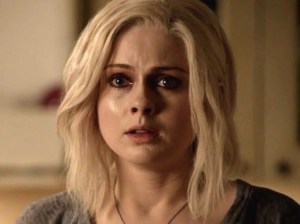 HONORABLE MENTION | Over iZombie‘s freshman season, star Rose McIver has proven herself to be extremely versatile as Liv took on the characteristics of an overly passionate Lothario painter and a PTSD-suffering sniper, to name a few. But in Tuesday’s episode, McIver truly impressed us with her range. First, she made us laugh repeatedly after consuming the brains of two distinctly different high schoolers, a Christian cheerleader and a stoner. Then she gut-punched us during an emotional moment with her friend Peyton, in which she came clean about her true zombie nature. As unprepared as Peyton was for that shocking revelation, we were even more unprepared for the wonderful revelation that is McIver.

HONORABLE MENTION | The women on Everlasting — the Bachelor-esque reality show within Lifetime’s UnREAL — are full of big personalities, all with varying degrees of emotional stability and straight-up cattiness. And yet, it was Constance Zimmer‘s executive producer Quinn King who stole the show in Monday’s series premiere. Even at Quinn’s most sensitive moments — particularly her mid-episode heart-to-heart with Shiri Appleby’s disgraced Rachel — Zimmer’s every movement and line-reading was tinged with I-know-better-than-you attitude. All the more impressive was Zimmer’s ability to get us on Quinn’s side, despite her penchant for humiliating the Everlasting girls on camera. We expect to see even more of Quinn’s colors throughout UnREAL‘s freshman season, and we can’t wait to watch Zimmer explore every one of them.