We’ve got questions, and you’ve (maybe) got answers! With another week of TV gone by, we’re lobbing queries left and right about shows including Orphan Black, iZombie, Inside Amy Schumer and Wayward Pines!

1 | Orphan Black fans, does this casting make up for that tearfest to the right? And now that Paul’s dead and Cal’s MIA for who knows how long, will Sarah actually be sans love interest? (Or is that on the bottom of your very long list of concerns?)

2 | Can someone on Game of Thrones please make it their No. 1 priority to keep the adorably precocious Shireen safe from the flame-happy Melisandre? (Davos, we’re looking at you.)

3 | Which Bachelorette contestant’s Amateur Night stand-up made you laugh (and/or cringe) the most?

4 | Will Ryan Seacrest, like, implode if he isn’t hosting a reality show at any given moment?

5 | Did iZombie‘s talking mascots on inanimate objects give you Wonderfalls vibes? And amid all the Liv/Major action, did it kind of feel like the heroine forgot about her recently killed ex, Lowell?

6 | Did the spot-on brilliance of Inside Amy Schumer‘s Bill Nye/universe sketch make up for the kinda defanged Bill Cosby bit? (The latter was surprisingly unfunny, right?) And did it also make you realize how much you want the likes of America Ferrera and Amber Tamblyn back on a TV show? Also, can Schumer’s interstitial stand-up bits last a little longer, please? 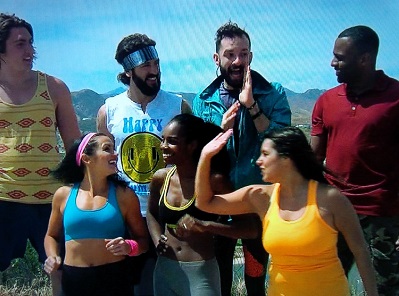 7 | All of the ridiculous hipster beards on reality show casts such as Fox’s Bullseye are going to look so very 1970s a year from now, right?

8 | Are you starting to want E! to tackle The Unauthorized Good Wife Story before they bother with, say, Glee?

‎9 | Did CBS’ The Briefcase confirm one hard truth — that reality-TV producers seem to all share (and overuse) the same four musical cues?

10 | Were you feeling the sparks between Bones squintern Jessica and FBI agent Aubrey? 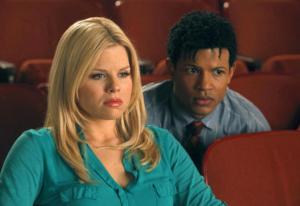 11 | Will the Smash-on-Broadway concert event simply have Jaime Cepero skulk around, eavesdropping on everyone all Ellis-like?

12 | Is perhaps the scariest part about Wayward Pines’ titular town that there’s no TV or wi-fi? And isn’t is reassuring to know that a Secret Service agent uses his lone child’s birthday as his work computer password?! 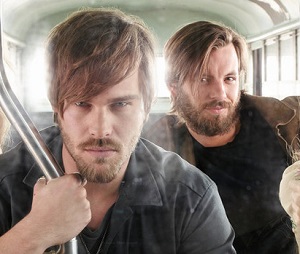 13 | When Hodiak’s son first showed up on Aquarius, didn’t the scene kinda make it seem like he was a figment of the detective’s imagination? And while we understand that it was the look of the time, don’t Shafe, Manson and just about every other white, shaggy-haired, bearded guy on the show look alike?

14 | What if The Comedians was half as funny as the new Married promos?

15 | When the men and women of Airplane Repo repossess aircraft, what becomes of the car they’ve driven to the hangar?

16 | Do you know a single person who’s excited to see the Entourage movie?

17 | Which recently wrapped-for-the-season show are you missing most? (Come back soon to make us smile, Jane the Virgin!)

18 | Would you watch a Quilted Northern ad spinoff focused entirely on the dark adventures of Little Miss Puffytail?