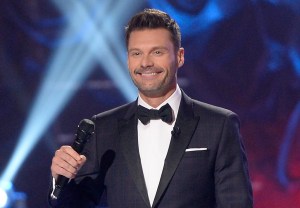 The unscripted series will take place around the country, where unsuspecting people will receive a knock at their front doors and a chance to win cash prizes, meet their favorite celebrities or earn other major rewards. (Think Publishers Clearing House, but way more glamorous.)

Seacrest will also executive-produce the series in conjunction with XIX Entertainment and Dick Clark Productions.

* Hulu has renewed its original comedy series Deadbeat — about a hapless but gifted medium who helps New York’s ghosts settle their unfinished business — for a 13-episode third season.

* Michael Gambon (the Harry Potter films) will play Winston Churchill in PBS’ upcoming TV movie Churchill’s Secret. Based on the book by Jonathan Smith, the ITV-Masterpiece co-production will explore Churchill’s health issues, including a stroke in 1953 that impacted his ability to lead.

* The third season of Rogue will premiere Wednesday, June 24, at 9/8c on Audience Network.