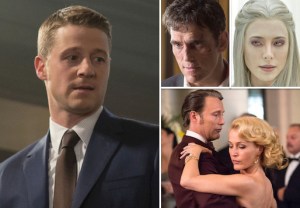 Which DC Comics baddies are en route to Gotham? Who has Defiance in their crosshairs? How does one get to Wayward Pines? Which procedural is planning the “worst honeymoon” ever? Read on for answers to those questions plus teases from other shows.

Hey TVLine! I want some DC Comics TV scoop, please! Arrow, The Flash, Gotham, Supergirl, Legends of Tomorrow…. Give me all you got! –Keith
What I’ve got is… Fox’s Gotham casting for Season 2 a “male DC Villain” described as “intelligent, cultured and highly articulate,” “extremely attractive, both seductive and threatening,” as well as a female DC Villain in her mid- to late 20s — “a sexy knock-out.” So get speculating! Turning to DC’s Legends of Tomorrow, the cast was hard-pressed to elaborate on the midseason CW drama, seeing as no one had seen a script for the pilot yet. (They only filmed a trailer for this month’s Upfronts.) That said, Brandon Routh allowed that I made “a pretty good guess” that Ray/The Atom’s exploded body has been reconstituted using miniaturization-capable nanites; Ciara Renee said that the origin of her winged hero, Kendra Saunders, will be “melding some [Hawkgirl origin stories] together”; and Franz Drameh was super-mum on what powers high school jock Jay Jackson (MIA from the trailer) might bring to the table” – though the actor himself “was in the London Youth Circus for a little while.” Hmm.

Any scoop on what’s coming up for Defiance’s Tarr family this season? –Katie H.
Holy Rayetso, a tremendous amount of things happen in the two-hour season premiere (airing June 12). As you’ll recall, Datak and Stahma were searching for Alak and Christie, who had been spirited away by nutty Pilar – but what the Castithans instead find is tons of trouble in the form of Oz alum Lee Tergesen’s General Rahm Tak aka “The Beast,” a Johnny Cash-quoting marauder who has insidious plans for Defiance. Elsewhere in the epic opener, which picks up seven months later: Nolan and Irisa are rescued by a most unlikely savior; the new, purple-skinned Omec race rival only Rahm Tak as the show’s most frightful adversary yet (let’s just say they could use a good dentist); Doc Yewll remains highly quotable; and there are no fewer than two shocking deaths. 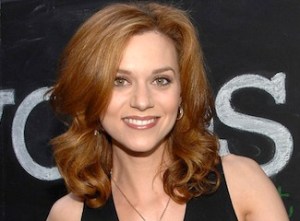 that she may be playing a bad guy on Extant. Do you have any more info about what we can expect? –Annie
The Tree Hill alum’s Season 2 arc kicks off with Episode 2, where she’ll be playing Anna Schaefer, a government operative charged with overseeing the militarization of the Humanichs program. Anna causes great moral discomfort for Julie (played by Grace Gummer) and Charlie (Tyler Hilton) as she pushes the boundaries of what is ethically sound for the robotic soldiers they are creating — so, yeah, “bad guy.” (As Hil once said: “You know me. I can’t go anywhere without causing trouble! That’s just how it goes.”)

Can I cash in 150 TVLine Power User Points I was awarded for some scoop on Wayward Pines? I’m really digging this show a lot! –Matt
As will become more evident this Thursday, pretty much every resident of the titular town first arrived in a manner similar to how Ethan did – meaning, not by simply using their GPS nav system. “Not everybody wakes up in the middle of the forest; there are different ways [to get there],” hints showrunner Chad Hodge. But unlike Ethan, “All – or most – of them have learned to play by the rules, or you’re going to get killed like Beverly did.” Bonus scoop: Regarding the overall mystery, Hodge is willing to rule out any coma/dream theories, assuring viewers that “Wayward Pines is a real place.”

Please, please, please! Something on Hannibal? – Valeria
If you thought the highly ambitious drama might start phoning it in with Season 3, be gone with that silly thought right now. Seriously. Rather, the NBC series is as visually rich and aurally sumptuous as ever, and the June 4 premiere’s opening narrative is the show’s most intricate one yet, bopping around between multiple timelines. The opener introduces one of Hannibal’s most disturbing dinner guests yet, during which you’ll learn a ProTip or two (including: acorns!) about next-level cannibalism.

Any scoop on what the final cast will be for Criminal Minds: Beyond Borders? Will Anna Gunn’s role be recast or will they create a new character? –LaShawna
The midseason Criminal Minds offshoot will actually create multiple characters as it fine-tunes its cast. Explaining the tweaks, CBS president Nina Tassler told me, “Gary [Sinise] is sort of larger than life and [as Jack Garrett] he filled a lot of the same [needs as Gunn’s character]. But we’re actually going to be adding a couple of new characters” that “speak more to the needs of the franchise.” 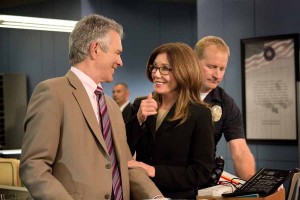 is only few days away, please tell me you have something interesting to share about the show. –Maayan
As the new season gets underway on June 8, Sanchez is on his way back from an extended leave of absence/anger management counseling, so Provenza is anxious for Detective Oderno (General Hospital‘s Brandon Barash) to clear out; Phillip Stroh is “seen,” but still on the lam (possibly in Greece?); and Rusty has a new concern (and possibly a new vocation).

Could you give Major Crimes fans a scoop on Sharon’s personal events during Season 4? In particular, I would love to know if she and Andy will be in a romantic relationship. –Cami
The very final scene of the Season 4 premiere will answer your question. Or at least tease the heck out of it.

Do you have any scoop about the main cast of ‪Hawaii Five-0‬‬? Thank you. –Juliana
As previously scooped, Season 6 will pick up not long after this month’s finale, during the reception at Kono and Adam’s wedding. From there, “Kono’s going to have the worst honeymoon anybody’s ever had,” warns showrunner Peter M. Lenkov. “It’s going to be an interesting ride, that first episode!” For Season 6 and the Five-o team as a whole, Lenkov says, “We have a great story” on tap, one that is “very cool, very different, very big, and something like we’ve never done before.”

Do you know how Scott Michael Foster’s new show (ABC’s Oil fka Boom) getting picked up is going to affect his role as Leo on Chasing Life? –Steph
ABC Family’s Chasing Life has been in production for a couple of months already, so just as EP Patrick Sean Smith recently told us, “Leo will still have a strong presence in the second season,” premiering Aug 17.

What’s happening with TNT’s Lumen? –Lisa
The pilot for the family fantasy drama, starring Parenthood‘s Sam Jaeger and filmed in New Zealand, “looks spectacular,” Turner president Kevin Reilly told me earlier this month. “It’s very, very big,” he added, “and really original” — if a bit “soft for our network right now.” Even so, Reilly believes it could appeal to the same crowd as another fantastical TNT series: “I think that people who watch The Librarians would enjoy Lumen…. It’s fun escapism.”