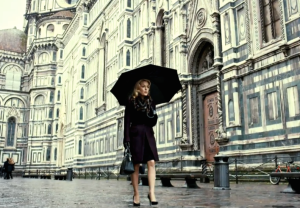 “Are you, in this very moment, observing or participating?” That might sound like a very reasonable question a husband would pose to his wife in the middle of couples counseling, but in the world of NBC’s Hannibal, you can bet it’s a whole heckuva lot darker.

TVLine’s got your first look at the acclaimed thriller’s Season 3 trailer, and it turns out the aforementioned query comes from Mads Mikkelsen’s titular sociopath to his “spouse,” Gillian Anderson’s Bedelia Du Maurier, right in the midst of a European spree. (And yes, we chose the word “spree” rather carefully.)

Also on the, ahem, menu: A first look at The Hobbit‘s Richard Armitage in the terrifying role of Francis Dolarhyde (AKA The Tooth Fairy) (AKA Red Dragon); some story arc insight from Laurence Fishburne, Hugh Dancy and one other returning player; and an end-of-clip zinger that shows Hannibal‘s undercurrent of deeply disturbing humor remains in tact.

TVLine reported earlier this year that NBC’s acclaimed thriller will introduce Nina Arianda as the wife of Hugh Dancy’s Will — but not until Episode 8… an installment that will leap enough years into the future to allow for the transformation in Will’s personal life.

Hannibal returns Thursday, June 4 (10/9c). Watch the trailer below — then share your thoughts in the comments!