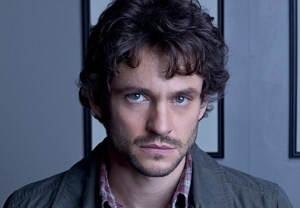 The dog days are over for Hannibal‘s Will Graham — or at least the days of spending his free time surrounded solely by canines.

TVLine has learned exclusively that NBC’s acclaimed thriller is casting for the recurring role of Will’s wife Molly, a strong, vibrant thirtysomething who is not only unperturbed by her husband’s dark and occasionally tortured past — but has worked to help him overcome it.

Molly, who also happens to have a 12-year-old son named Walter, “understands that Will is a good man, and her love has allowed him to rebuild himself. But when Will is asked to return to the FBI, she also urges him to try and save lives, knowing what risks this entails.”

Fret not, though, Hugh Dancy’s addled profiler — last seen being literally gutted by Mads Mikkelsen’s titular sociopath — won’t be putting up an OK Cupid profile to kick off Season 3.

Molly — a role that is slated to span four episodes — won’t be introduced ’til Episode 8… an installment that will leap enough years into the future to allow for the transformation in Will’s personal life.

TVLine broke the news earlier this week that Season 3 will also introduce the murderous character of Francis Dolarhyde — to be played by The Hobbit‘s Richard Armitage — known to fans of Thomas Harris’ novels as The Tooth Fairy.

Intrigued by the thought of a happy, domesticated Will? Any thoughts on who you’d cast to play his wife? (We’ll start the list by throwing out three names: Anna Camp, Allison Tolman or Kandyse McClure!) Sound off in the comments!