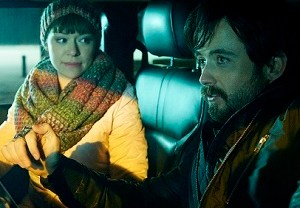 We’ve got questions, and you’ve (maybe) got answers! With another week of TV gone by, we’re lobbing queries left and right about shows including Once Upon a Time, Agents of S.H.I.E.L.D., NCIS and The Vampire Diaries!

1 | This week’s Hawaii Five-0 question comes to us from Catherine Rollins herself: “How long do you want me to stay?” (Speak up, Steve!!!)

2 | After his appearance on Orphan Black as a drug dealer, should we be worried that Shameless alum Justin Chatwin is getting typecast?

3 | Did any of you Outlander fans find yourselves singing “and then there’s Aberdeen” to the tune of “Boogie Woogie Bugle Boy”? And what wrecked you more: seeing Murtagh break down over Jamie or watching Dougal so casually write off his loyal nephew? 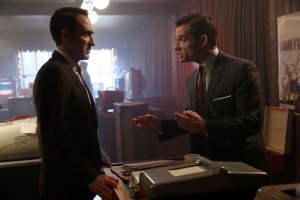 4 | Aside from TVLine reader A.D., which Once Upon a Time fans independently deduced that the previous Author had been Walt Disney, given the December 1966 setting of Isaac’s flashback? And who suspects Lily’s father and Merlin will turn out to be one in the same?

5 | Now that Mad Men‘s Pete-and-Trudy storyline has wrapped, aren’t you wishing Alison Brie had been a more regular presence on the show in recent years? Did Betty’s send-off make you sadder than you would’ve thought? And prediction time: In years, how big a time jump will Mad Men take in Sunday’s series finale?

6 | After this week’s Penny Dreadful, aren’t you kinda dying for a sitcom spinoff starring Ethan and Mr. Lyle?

7 | By the end of Veep‘s fourth season, will Selina have any staff members left?

8 | The huge smile on Dylan’s face on Bates Motel after he kissed Emma for the first time — most swoon-worthy TV moment of 2015 (so far)? 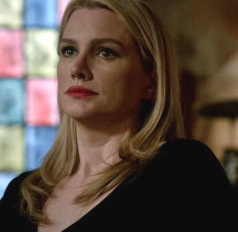 did The Originals‘ Esther immediately go to a Sephora for a makeover?

10 | In an alt-reality where Castle’s Stana Katic does not sign on for Season 8, how do you think the series might have possibly written out Beckett?

11 | Dancing With the Stars may have booted Nastia Liukin too early, but wasn’t it just a tad unfair that she got to switch between whichever partner was feeling more capable at the time?

12 | What if NCIS’ Gibbs is dead, and now Ghost Jethro will pay recurring visits to new team leader DiNozzo?

13 | Admit it: You titter a bit when The Flash windmills his arms to diffuse mist or a fire, right? Also, could it be that Lisa Snart truly digs Cisco?

14 | How much did iZombie unexpectedly break your heart with Lowell’s death?

15 | Will S.H.I.E.L.D.’s Coulson come back with A) a robo-hand, B) some sort of Luke Skywalker hybrid, or C) will the GH325 in his blood allow the lopped mitt to regenerate? And how come Arrow‘s Laurel gets knocked for becoming too adept a fighter too quickly, yet Skye becoming a kickass S.H.I.E.L.D agent who in less than a season can take on May or a multiplying Inhuman is believable?

17 | Given how beloved Nashville‘s Deacon 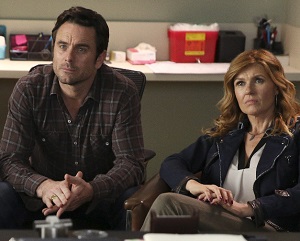 Claybourne is in Music City, are you surprised that more characters didn’t get tested to see if they could be his liver donor?

18 | Arrow fans, were you expecting at least a tiny hint in the finale that Damien Darhk and Felicity’s dad are connected (or one-in-the-same)? And what’s your working theory on how Felicity so nimbly piloted the Atom suit? Was Ray operating it via remote control, or did Felicity know enough having assisted in its creation?

19 | Supernatural‘s been through its share of brotherly angst over the past 10 seasons, but has anything hurt more than Dean telling Sam he should be dead instead of Charlie?

20 | Place your bets: With Big Machine’s Scott Borchetta backing him, will American Idol champ Nick Fradiani experience post-show pop-chart success? And for the upcoming final season, would you rather have the original Simon/Paula/Randy panel vs. J.Lo/Keith/Harry? Finally: For the love of Kelly Clarkson, why did producers invite the deeply unpleasant Chris Brown to perform on the finale — and then allow him to lip sync his new single? 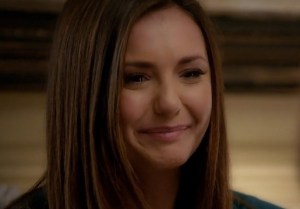 21 | Vampire Diaries fans, which of Elena’s goodbye scenes hit you the hardest?

22 | Which surprised you more – that Grey’s Anatomy broke up Jackson and April or that it didn’t break up Alex and Jo? And did ABC have to pay Patrick Dempsey his standard $400K-per-episode for that 60-second flashback scene? If so, was it money well spent?

23 | On Scandal, considering that Fitz’s list of indiscretions includes starting a war (!) to save his mistress, didn’t he come down a tad too hard on Mellie for her juror-massacring unholy alliance with Rowan? And if it turns out that Thursday’s finale was the final episode for Scott Foley’s Jake, would you be upset? (Because it did feel like he was saying goodbye not just to Liv but the show itself, right?)

24 | Where did The Blacklist‘s Tom get enough money for a Mustang and a boat?

25 | For those of you in the Wayward Pines/Secrets and Lies Venn diagram overlap: How jarring was it to see Juliette Lewis A) with her hair down, B) not in a crisp suit and C) cracking a smile?