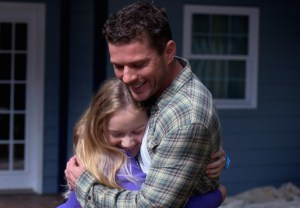 The season finale of ABC’s Secrets and Lies on Sunday night drew 6.4 million total viewers and a 1.7 rating, up 10 percent in audience to a series high while matching last week’s season’s best demo number.

Is the midseason drama eligible for renewal? As an EP shared in January at TCA, “The mystery of Ben Crawford and who killed Tom will be resolved at the end of this season. And… in subsequent seasons we’ll have a different mystery. The only ongoing mystery is Detective Cornell (played by Juliette Lewis), as we sort of unpeel the layers of who she is.” (Along those lines, Ryan Phillippe confirmed on Twitter that he definitely won’t be involved in any possible Season 2.)

TVLine readers gave the killer reveal an average grade of “B+.”