We’ve got questions, and you’ve (maybe) got answers! With another week of TV gone by, we’re lobbing queries left and right about shows including Game of Thrones, Revenge, The Following and Arrow! 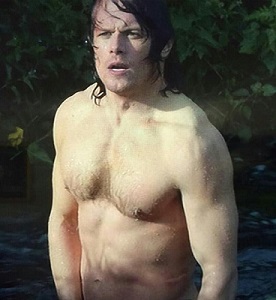 1 | ‘Fess up: What percentage of the times you hit “rewind” while watching Outlander are directly related to Jamie and how much (or little) clothing he’s wearing?

2 | Orphan Black‘s Rudy sure has a healthy sexual appetite, doesn’t he?

3 | How did Revenge‘s Jack get from Los Angeles to New York so quickly for Ben’s questioning? And how do we write Gabriel Mann’s Nolan Ross into another delicious primetime soap? (Nolan surely could teach the How to Get Away with Murder gang a thing or two from his revenging days! Plus, we’ve only been ‘shipping Connor and Nolan in a room together since November.)

4 | What do you think was in the note The Good Wife‘s Kalinda left Alicia?

5 | Wasn’t it rude of Brooklyn Nine-Nine to show Amy hungover but not bless us with another glimpse at Six Drinks Amy?

6 | Game of Thrones fans: Do you hold out any hope that Ned Stark’s kids — Jon, Sansa and Arya — will ever see each other again? 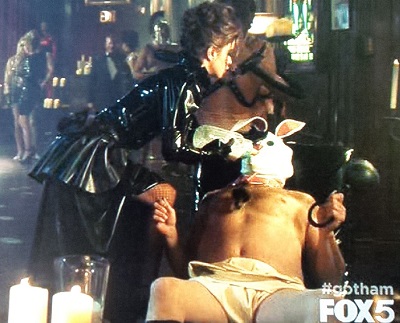 7 | What in the Sam Hill goes on at Gotham‘s Fox Glove nightclub?! (Do we not want to know?)

8 | Are you shocked that The Following finally killed Joe Carroll? (And are you kinda wishing they’d done it at the end of Season 1, then waited to bring him back this season?)

9 | Didn’t Castle’s numerous video chats with Beckett bother his fellow passengers — and/or clue them in to the murder investigation that was “secretly” afoot? (Not that his and Alexis’ conspicuous hovering didn’t already have people suspicious!)

10 | Since when are the Agents 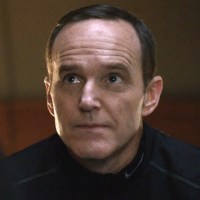 of S.H.I.E.L.D. outfitted by Nike? Also, though not quite Daredevil-caliber, how amazing was the one-shot sequence where Skye took down multiple Hydra goons?

11 | On this week’s New Girl, how much time did you spend trying to see Zooey Deschanel’s baby bump? (It’s really well-disguised!)

12 | Do Person of Interest’s Harold and Gotham’s Penguin share the same limp? 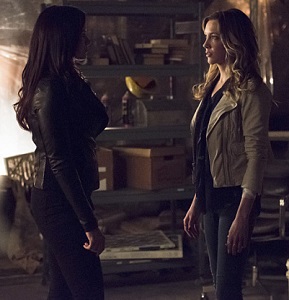 13 | Tell us we’re not crazy, Arrow fans: There are major, not-just-friendly vibes between Laurel and Nyssa, right? Also, is one of the League’s requirements that Oliver use his Deep, Husky Voice? And would you really carry a glass vial of bioweapon inside the handle of a sword you’re regularly clanging against things?

14 | Who else was hoping that Supernatural‘s Claire would go join Krissy? (We smell a spinoff!)

15 | Anyone else want Nashville to film more flashbacks to Deacon and Rayna’s early courtship, if for no other reason than to see the hairstyles and fashions? Could the “beach” at Jade’s California pad have been less convincing? (Speaking of the pop star, did she really think that every single one of her many party guests would abide by her “What happens at Jade’s, stays at Jade’s” anti-social media policy?)

16 | Did this week’s seamless Chicago P.D./SVU event feel even more natural than the Fire/P.D. crossovers? 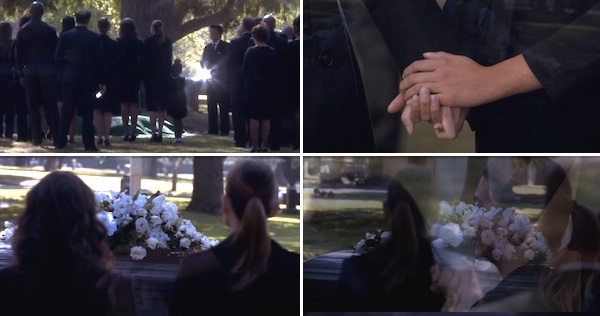 17 | So what’s the verdict, Grey’s Anatomy fans? Was that supposed to be Cristina standing with Meredith at the funeral, or Amelia? (But are either of those ladies touchy-feely enough to stroke Mer’s hand?) And given how increasingly insufferable and self-involved Amelia has become — and promos suggest there is no end in sight — can we agree that the show offed the wrong Shepherd? Also, considering the huge time jump and still no ring on the finger, how patient is Jo? (And, psst, did Ausiello cross a line ‘shipping Mer and Alex so soon after Derek’s death? Or was it a seed worth planting?)

18 | If you didn’t know (and maybe you didn’t!) that Bones’ 206th episode was name-checking all 206 bones in the human body, would you have picked up on it sooner or later? And how funny was Brennan’s disgust at the simplistic “Dem Bones” lyrics?

19 | Has Big Bang Theory‘s Mary (played by Laurie Metcalf) ever shared a scene with Sheldon’s girlfriend Amy, in all the years they’ve been dating? (UPDATE: Yes, in Season 4’s “The Zazzy Substitution.” Thanks for playing!) And where the heck did Amy disappear to after the cold open? 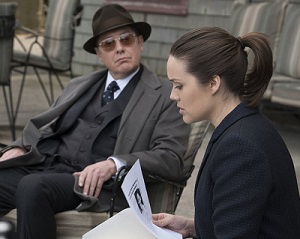 20 | Be honest, Blacklist fans: Is the mystery of Red’s relationship to Liz still holding your interest at this point?

21 | What was this week’s oddest coincidence: The French fry-dipped-in-milkshake scenes on both Arrow and Vampire Diaries; Bones and Chicago Fire both featuring characters named Chili; or Nicole Sullivan guest-starring opposite herself on Grey’s Anatomy and Bones?

22 | You know what would be a fun, novel, viral-y piece of video? Jimmy Fallon actually interviewing one of his guests on The Tonight Show. Would you like to see that sometime?

23 | Remember when Today and GMA had just two hosts and a newsreader, and not the cast of thousands now crowding the anchor desk? Anyone else missing those good ‘ol days?