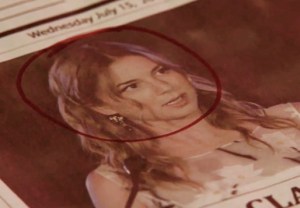 Roll out the red carpet, Revenge fans! A familiar face is returning to the Hamptons this Sunday (ABC, 10/9c), and he (or she) is planning a killer entrance.

“It’s a fabulous re-entry into the show, one of the greatest sequences we’ve done on this show,” showrunner Sunil Nayar tells TVLine. “It will literally blow people’s minds what happens at the end of that episode.”

But who exactly is Nayar talking about? Let’s start with the obvious choices: Thanks to ABC releasing photos from the April 26 episode, we know that Roger Bart will be back as Mason Treadwell before the finale. But we’d like to think the network is a little more protective of spoilers than that, meaning it’s possible someone even more important than Mason could be on the way. 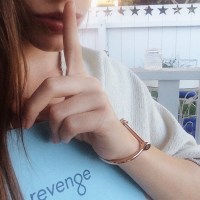 We also know that Charlotte will be back in the Hamptons before the season is over — thanks to Christa B. Allen’s revealing Instagam post, of course — and TVLine’s super sleuth (aka intern) Ryan is convinced that the person attacking Victoria in our exclusive sneak peek is none other than Vicky’s estranged daughter.

And then there are the dark-horse options: What if Conrad Grayson — like most “dead” characters on this show — isn’t dead at all? And has anyone checked Lydia Davis’ prison cell to see if it’s empty?

Revenge fans, put on your thinking caps and cast your vote in our poll: Who’s the major character returning this weekend?