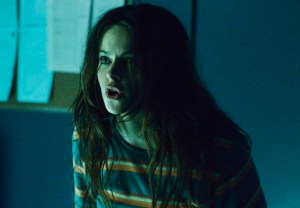 We’ve got questions, and you’ve (maybe) got answers! With another week of TV gone by, we’re lobbing queries left and right about shows including Bates Motel, Justified, Arrow and Scandal!

1 | Crazy 12 Monkeys theory: Could Striking Woman be Jennifer Goines? Or related to her somehow? We can’t be the only ones who think there’s a resemblance, can we?

2 | When it comes to Grimm‘s Juliette, are you Team ‘Biest or Team Restore?

3 | Is Outlander‘s recent virgin-turned-newlywed Jamie Fraser the quickest study in the world or what? 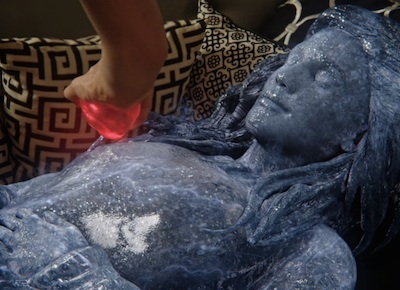 4 | Once Upon a Time fans, does this pristine pumper look like the heart of a (glamored) Wicked Witch? Also, why would Regina have had Neal’s apartment keys? (And who paid Neal’s rent for the past year-plus? The same person keeping Walsh’s abandoned furniture shop from being seized?)

6 | Did Revenge need to save some money and production time, hence this week’s stealth clip show? 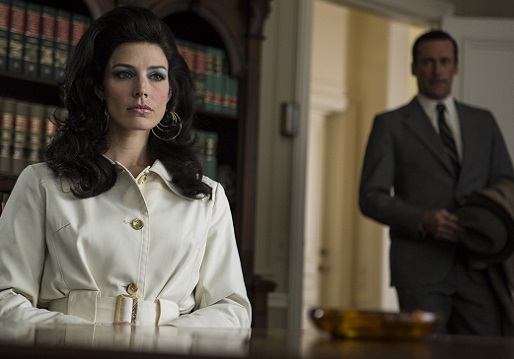 7 | Seriously, Mad Men? You only have six episodes left and you devote one of them almost entirely to Megan and her brood ennuyeuse? And to borrow from HuffPo’s Maureen Ryan: How did Diana’s hair smell like shampoo at the end of a diner shift, and not griddle grease?

8 | Time to play teacher, Salem fans: What grade do you 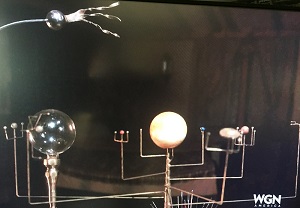 give Mary on her doomsday diorama? And on a related note, how cruel is it that, the moment she has completed “the grand rite,” she’s given “the great task” to accomplish? What next, “the incredible chore”?

9 | After Bates Motel hooks up Dylan and Emma — and it’s clear that the show’s gonna go with them where it didn’t quite with Dylan and Bradley, right? — which of them do you think won’t survive Norman’s reaction? And did you think it was odd that the clerk at the boutique where Norma went on her retail-therapy binge swiped her credit card before even ringing up her purchases? What kind of ass-backwards check-out process is that?

10 | Despite what The Following’s Powers That Be have said about reducing the series’ violence, hasn’t this season felt more needlessly bloody and gory?

11 | Crazy deep as The Voice Season 8 field may be, would you bet a single dollar of your own money against teen sensation Sawyer Fredericks winning it all? 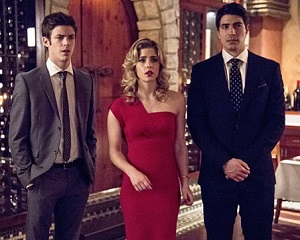 12 | Is Felicity currently a better character on The Flash than on Arrow? And given his science/tech love, were you expecting Ray to express more excitement about meeting someone with superspeed?

13 | Are iZombie Liv’s undead options, Blaine and Lowell, looking far more interesting than her human one (sorry, Major)? And did anyone suspect Major was in the body bag?

14 | Did Agents of S.H.I.E.L.D.’s eerie little girl twist not catch anyone by surprise? And for someone so anxious to keep a secret, could Jiaying have perhaps staged a more private “family” dinner? Also, how does Raina sleep on her head of thorns?

15 | Were we the only ones that caught Community killing off Jonathan Banks’ character in Tuesday’s email hacking install- ment? (One of the lunch lady’s emails included the subject line “Buzz Hickey Memorial Services.”) 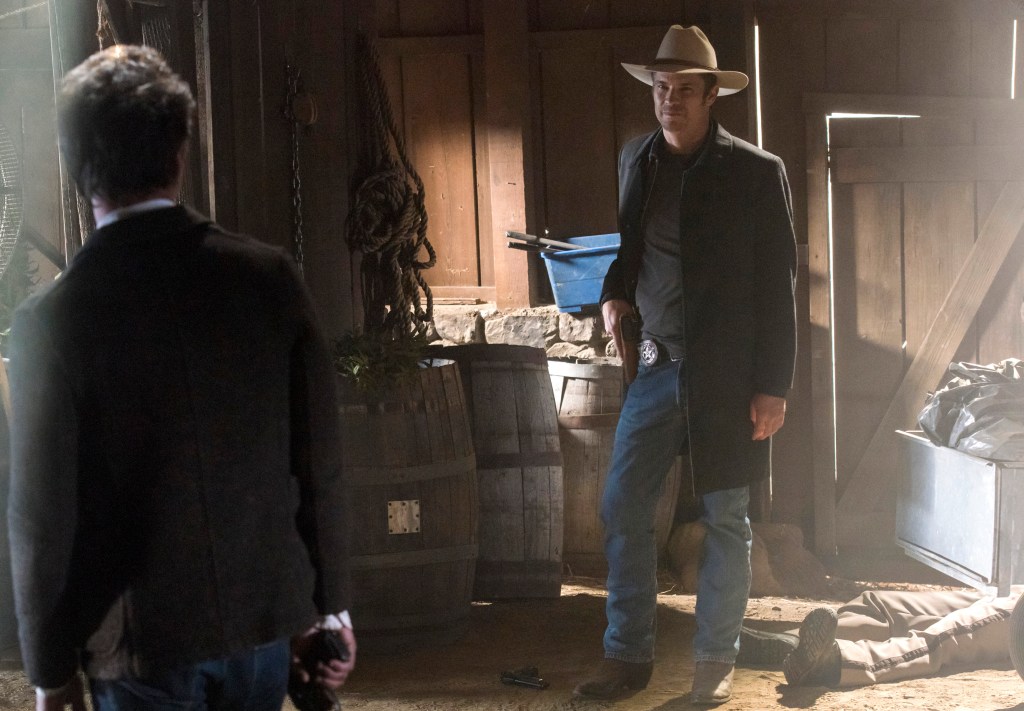 showdown was most intense: The Raylan/Boyd one that wasn’t, or Raylan and Boon’s mutually wounding face-off?

17 | Shouldn’t notorious NCIS prankster Tony have at least suspected that McGee was pulling a fast one, as “the face of NCIS”? And can Bishop try to dress a smidgen more badass, and leave the peg jeans at home, when storming Afghanistan?

18 | First, there was Oliver’s “I love you” to Felicity. Now, Roy’s “death.” Did you fall for Arrow‘s bait-and-switch (again)? Relatedly, since Thea just the other week beseeched Roy to run away with her, shouldn’t he have maybe invited her to flee town with him? (And in doing so saved her a brutal stabbing?) Finally, who thinks we’re bound for a scene where Ray breaks up with Felicity, saying,”It’s not you. It’s my spinoff”?

19 | Is Supernatural‘s Charlie a little too good at kicking butt considering her relative newness to the hunting lifestyle? 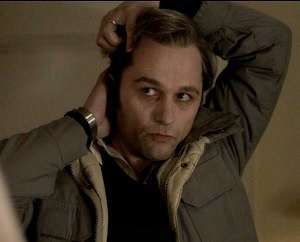 20 | Are you surprised Philip’s hairpiece on The Americans came out as quickly as it did?

21 | Didn’t the General Hospital scenes in which Silas granted Ava’s wish to die with dignity remind you of how amazing the ABC soap can be when it wants to?

23 | In the Great Idol Showdown of 2015, are you #TeamQuentin or #TeamHarry? And now that we’re down to six singers, is it time to axe the Idol Twitter Save and simply eliminate the lowest vote-getter?

24 | Just how many studly operatives did Scandal‘s Rowan have lined up to hit on Olivia, er “Alex,” at the bar that night, had Russell not successfully reeled her in? And while it’s hard to imagine how anyone could’ve survived being stabbed 16 times in the chest and stomach, anyone else getting a strong “BS” vibe from Jake’s “death”?

25 | What enjoyment if any does Louie expect us to derive from the title character’s “relationship” with the dreadfully caustic Pamela?