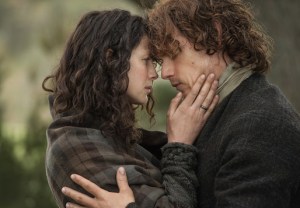 As surely as James Alexander Malcolm MacKenzie Fraser has too many names, the end of the seven-month wait for the return of Starz’s Outlander is nearly upon us.

“Who Whatser MacWhozie Whoser?” you ask? Don’t worry — we’ve got you covered.

The historical drama (with a time-travel twist) resumes its first season Saturday (9/8c). Just in case you’re a newlander — that is, someone unfamiliar with the series based on Diana Gabaldon’s best-selling novels — TVLine has put together a quick guide of the main players and their relationships to each other.(If you’re a diehard fan, just wait; there are goodies for you, as well.)

Why is a 1940s British nurse in 18th-century Scotland? Why does her tormenter look suspiciously like the husband she left behind? Who’s the guy with the legs, and what’s his deal with the bald angry guy? And how in heaven’s name did the redhead stay a virgin for so long?

To use the show’s parlance, dinna fash: All will be revealed.

Now, for the oldlanders counting down the minutes until we’re back at the fort with Jamie, Claire and Black Jack: We’ve thrown in a few spoilers — courtesy of cast members like Sam Heughan, Caitriona Balfe and Tobias Menzies — about what to expect in future episodes.

Like a gathering at Castle Leoch, this gallery’s got something for everyone! (You newbies will get the reference later.)

Click through the gallery below to prepare for the midseason premiere, then hit the comments with your thoughts on all things Outlandish. 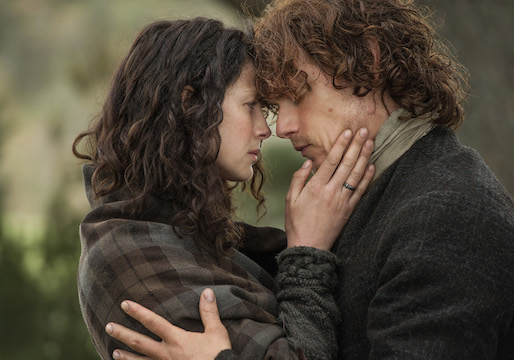