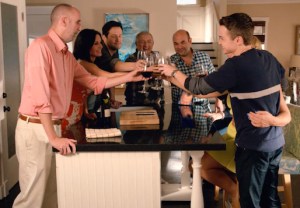 Cougar Town ended Tuesday a very different show than when it started, but not much different from the show it became.

In the Cul de Sac crew’s closing chapter, the worst birthday of Jules’ life eventually blessed her with the greatest gift of all.

RELATED Cougar Town: Your Fave Songs From All 6 Seasons With the Cul-de-Sac Crew

After Jules touted how great it would be to die and witness her own funeral — where everyone would speak candidly about the role she played in their lives — Grayson arranged for her to believe that all of her friends were leaving Gulfhaven behind for greener pastures, forcing them to share one seemingly final moment with their unofficial crew leader.

Before revealing that the events of her “worst birthday ever” were entirely artificial, Jules was led to believe that Andy and Ellie were moving away so Stan could attend a better school, and that Travis and Laurie were moving to South Carolina to franchise his Winebulance business. What’s more, Chick was moving out to spend the last of his days with made-up cousin Poodie, and Tom wouldn’t be allowed to stand at Jules’ window anymore after missing out on his anniversary with new girlfriend Mary.

She might not have witnessed her own funeral, but living out the potential demise of her tight-knit crew forced Jules Kiki Cobb to live out her absolute worst nightmare. When it was ultimately revealed to her that everyone was staying put, she relived the moments of that day, recognizing that each and every friend and family member had expressed to her the impact she made on their lives:

* Andy thanked his wife’s best friend for always making him feel special. Likewise, Tom thanked Jules for being the friend he never had, and for making him feel included. (This, of course, was after he expressed concern that he might would one day kill the entire crew!)

* Grayson thanked Jules for breaking down his walls, allowing him to eventually open up and become a part of her surrogate family. Similarly, Ellie thanked her best friend for teaching her how to express compassion for others.

* Via Skype, Bobby insisted that his ex-wife remained the best thing that ever happened to him, and vowed it was she who was responsible for making him a better man. 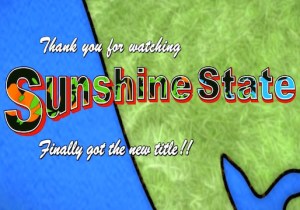 In the end, everyone was staying put except for Travis and Laurie, who thanks to a generous loan from Chick and Grayson were able to put a downpayment on Grayson’s old house, making the entire Cul de Sac crew next-door neighbors. As Jules proclaimed, not much ever changes for adults of a certain age, and this family is likely to spend the rest of their days drinking wine whilst hanging out and doing nothing.

How lucky are they?!

What did you think of Cougar Town‘s series finale? Grade the episode below, then sound off in the comments section!