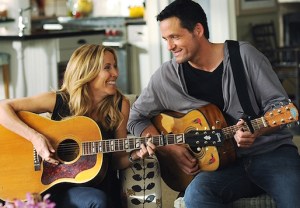 Picking out our favorite songs from beloved buddy comedy Cougar Town was quite the cakewalk, but we’ve done just that for a special edition of TVLine Mixtape!

In honor of tonight’s series finale (10:30/9:30c, TBS), we’ve handpicked nine noteworthy tracks from the series’ most memorable moments, and a 10th song from the final episode!

Unfortunately, if you’re here looking for Jules’ morning routine song or the Josh Hopkins-Sheryl Crow duet “Everything Man,” you’re out of luck, as those have not been released in any official capacity, but we promise we’ve selected some pretty marvelous tunes. Artist and album information is also entailed in case you want to add them to your personal collection.

So peruse our playlist, then hit the comments with your favorite Cougar Town tracks. (Fun fact: the comedy’s music supervisor is none other than series star Christa Miller!) And remember: You can always submit questions or suggestions about TV music on Twitter @RyanSchwartz. 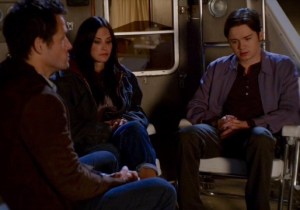 EPISODE | “Lonesome Sundown”
SONG | “About Today”
ARTIST | The National
ALBUM | Cherry Tree (2004)
WHY IT ROCKED | The minimalistic ballad speaks of letting your love slip away, just as Travis had done after Kirsten turned down his marriage proposal. The song also foreshadowed the events to come as a heartbroken Travis began slipping away from Jules as he spiraled into a long depression. 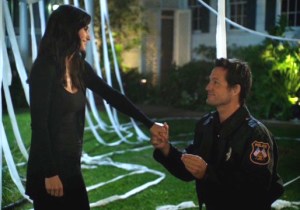 EPISODE | “Ain’t Love Strange”
SONG | “Fall”
ARTIST | Ed Sheeran
ALBUM | Songs I Wrote For Amy – EP (2010)
WHY IT ROCKED | The British chart-topper wasn’t known when his sweet ditty about a one-of-a-kind love played over Grayson’s marriage proposal to Jules. For many of us, it was an introduction to talented crooner who has since taken the world by storm. 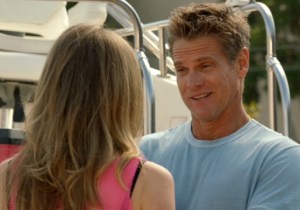 EPISODE | “You Can Still Change Your Mind”
SONG | “Lovers’ Carvings”
ARTIST | Bibio
ALBUM | Ambience Avenue (2009)
WHY IT ROCKED | Man-child Bobby Cobb realized he was ready for his first committed relationship following his divorce from Jules. Unfortunately, Angie (guest star Sarah Chalke) wasn’t ready for anything serious, and Bobby had to let her go. 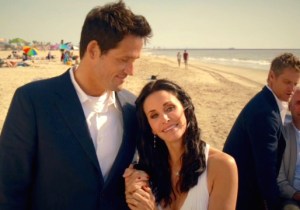 EPISODE | “Your World”
SONG | “Lost and Found”
ARTIST | Katie Herzig
ALBUM | The Waking Sleep (2011)
WHY IT ROCKED | The violin-laced, piano driven uplifter helped set the tone of Jules and Grayson’s magical beach wedding, and the comedy’s farewell to network television. The wedding and its musical accompaniment left the perennial bubble show in a good place as it readied for a second life on TBS. 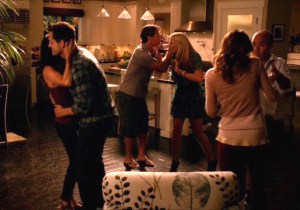 EPISODE | “Blue Sunday”
SONG | “Champion Sound”
ARTIST | Crystal Fighters
ALBUM | Star of Love (2012)
WHY IT ROCKED | The show’s inaugural basic cable installment was capped by an impromptu Cul de Sac crew dance party. The song that partnered the scene speaks of rejoicing in the moment and disallowing resentment, which makes perfect sense since it was ABC Studios that saved the Courteney Cox starrer from the wrath of the Cancellation Bear! 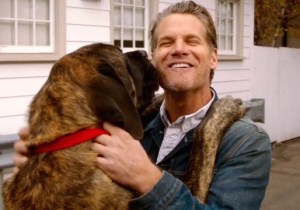 EPISODE | “Don’t Fade on Me”
SONG | “Old Friend”
ARTIST | Sea Wolf
ALBUM | Old Romance (2012)
WHY IT ROCKED | We might’ve preferred if Bobby ended up with Angie or Riggs, but perhaps his true soulmate was Dog Travis, who greeted his owner with love and affection before the gang flew off for a week in Los Angeles. Talk about man’s best friend! 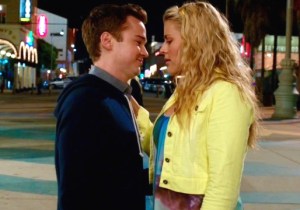 EPISODE | “Have Love Will Travel”
SONG | “Lovely Tonight”
ARTIST | Joshua Radin
ALBUM | Wax Wings (2013)
WHY IT ROCKED | Travis and Laurie’s coupledom was something we didn’t even know we wanted until this moment, which exemplified the kind of chemistry needed to make an on-screen pairing work. Joshua Radin’s soothing vocals perfectly captured the anticipation of the duo’s first kiss as more than just friends. 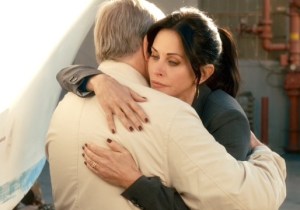 EPISODE | “Refugee”
SONG | “Hello My Old Heart”
ARTIST | The Oh Hellos
ALBUM | The Oh Hellos (2015)
WHY IT ROCKED | The song driven by a fear of loss and vulnerability played in the background as Jules recognized her father’s Alzheimer’s was progressing at an alarming rate. 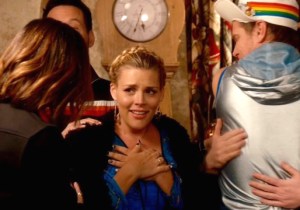 EPISODE | “We Stand a Chance”
SONG | “The Finish Line”
ARTIST | Charlotte Lawrence
ALBUM | The Finish Line (2014)
WHY IT ROCKED | The song — as beautifully sung by series creator Bill Lawrence and star Christa Miller’s teenage daughter — helped reinforce a heartwarming moment as Travis and Laurie learned they were pregnant with baby Bobby. 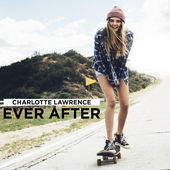 EPISODE | “Mary Jane’s Last Dance”
SONG | “Ever After”
ARTIST | Charlotte Lawrence
ALBUM | Ever After – Single (2015)
WHY IT ROCKED | The latest single from Miller and Lawrence’s daughter plays in Cougar Town‘s series finale. (Though we were going to wait to post this last one until tonight, Miller gave us the go-ahead to put it up now.) We’re not at liberty to divulge just how it applies to the scene, but its joyous tone inevitably hints at a happy ending… not that anyone was expecting this heartwarming sitcom to go out on anything but a cheerful note!