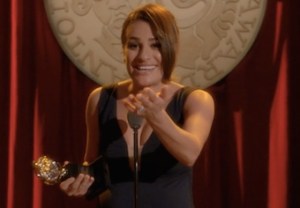 We’ve got questions, and you’ve (maybe) got answers! With another week of TV gone by, we’re lobbing queries left and right about shows including Glee, Looking, The Flash and The Americans!

1 | It shouldn’t surprise us by now, but wasn’t it a bit icky to see Glee‘s Mr. Schuester so thoroughly enjoying Artie’s highly sexual audition song? And didn’t you expect Rachel to acknowledge Finn in some form while accepting her Tony?

2 | What do you think the odds are of Grimm‘s Nick and Juliette staying together, now that he knows she’s a Hexenbiest?

3 | On a scale of 1 (rather pleasant) to 10 (shoot-me-in-the-face unbearable), how annoying are Kyle Chandler’s two children on Netflix’s Bloodline? 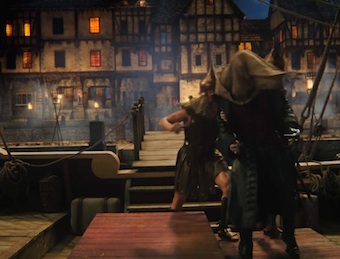 4 | This Once Upon a Time backdrop wasn’t intended to look at all 3-dimensional, was it? Also, as many are wondering: If the Savior’s very existence precludes the villains from having happy endings, how did Ursula get hers?

5 | Is it too obvious to assume that Ben’s stalker on Secrets and Lies is Kevin, the neighbor who basically wants him dead?

6 | On The Good Wife, would Alicia & Co. really have learned of her victory by watching a local CBS affiliate? (Isn’t this why you hire internal pollsters?) And is another election scandal on the horizon, given how blatant Peter’s obstruction of traffic must have appeared?

7 | The Walking Dead’s Carl and Enid — adorable or horrible?

8 | Gaby Hoffman’s naked, screaming “home birth” on Girls: Hilarious, horrifying or a bit of both? And as maddening as the characters can be, wasn’t it a stunning show of maturity and self-worth the way Hannah rejected Adam’s offer to get back together?

9 | Kevin’s secret Grindr profile on Looking: Total deal-breaker or much ado about nothing? And why isn’t anyone discussing how HBO pulling the plug on the charming dramedy should be viewed as a monster opportunity for the desperately-in-need-of-must-see-programming Logo? 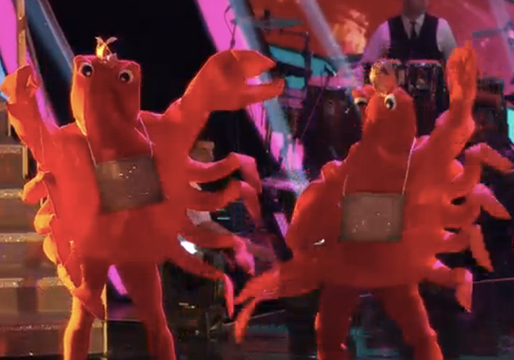 11 | Was Mariana’s coded dance on The Fosters the coolest thing you’ve seen in some time?

12 | Didn’t The Following‘s Ryan seem to shake off the violent death of former hook-up Carrie Cook rather quickly?

13 | What’s with TV’s obsession with suicidal bathtub drownings? First Carrie Mathison considers dunking the life out of mini Brody on Homeland, then Claire Underwood mulled her own death plunge on House of Cards, and this week Bates Motel‘s mentally unhinged Norman played a game of “Let’s see how long I can hold my breath underwater before Norma saves me!” (And is there an unsettling undercurrent to this trend given everything that’s going on with the Houston family?)

14 | Doesn’t The Flash’s Iris — a cub reporter, remember — worry about coming off as abrupt and insubordinate when repeatedly brushing off Mason? (Granted, he’s not around now to write her evaluation, but still….) 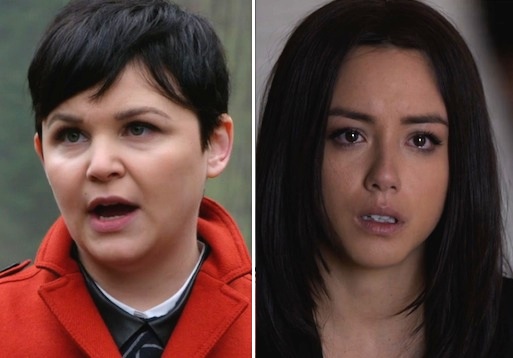 S.H.I.E.L.D., did Coulson and Skye’s red vines moment evoke Fringe memories for anyone? And which “body swap” was more disconcerting:  S.H.I.E.L.D.’s Agent 33-as-Skye speaking with May’s voice, or Once Upon a Time’s Snow channeling Regina?

16 | On The Mindy Project, which of Mindy’s exes did you wish Morgan had included when he wrangled up her old beaus? And how hard are you hoping for a renewal after that cliffhanger ending?

17 | Did you ever think you could be moved to tears by a Cougar Town episode focused almost entirely on seventh-wheel Tom — and in the TBS comedy’s penultimate installment, no less?

18 | Ray is all righteous about the Arrow killing people, but he’s allowed to zap Roy? How does he know he didn’t kill him? And this doesn’t concern Felicity at all? (And how did no one check on Roy?! Or at least let us know that he’s OK?)

19 | Did you catch The Cosby Show shout-out in this week’s black-ish? 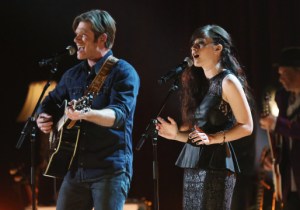 strong performance in Nashville‘s latest concert special make you want the show to hurry up and figure out what to do with Layla?

21 | Smash fans, which guest appearance this week thrilled you more: Wesley Taylor (erstwhile chorus boy Bobby) as Patrick’s sexy Looking neighbor or Mara Davi (aka the blackmailing Daisy) as The Mysteries of Laura‘s sorority advisor? And speaking of NBC’s Laura, are you just a bit scandalized by Debra Messing’s alter-ego hooking up with a guy played by Neal Bledsoe — who courted her Smash BFF Tom (Christian Borle) on the NBC musical? #JuliaAndTom4Eva

22 | Who is loving Chicago P.D.‘s new tech guy? And what were your first impressions of Jay’s brother? (We love his sense of humor, but we’re not so sure Platt agrees.)

23 | Why did The Americans‘ Elizabeth have to go upstairs? Couldn’t she and Philip have kept working on the off chance that no one heard them? Then she might have not exposed herself at all! 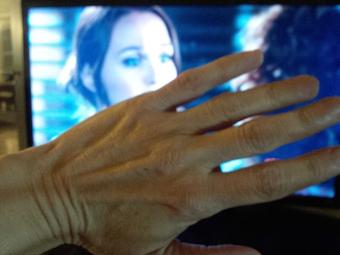 24 | Did any other Grey’s Anatomy fans have to watch the icky-squicky Jo storyline like this? And was that the same critter that Khan put in Chehov’s ear?

25 | Would Scandal’s Mellie really opt for soft, super-casual curls whilst putting herself on track for the highest office in the land? And just how many Olivias does Quinn know that her caller ID specifies “Olivia Pope”?