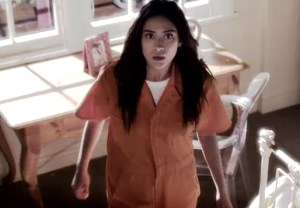 Never before in Pretty Little Liars history have the details of an episode been as tightly concealed as with Tuesday’s season finale (ABC Family, 8/7c), but that doesn’t mean executive producer Marlene King is staying completely silent.

“‘A’ loves ‘A’s games, doesn’t ‘A’?” King muses to TVLine, in what might be the most PLL statement ever stated. “It’s, by far, the biggest episode with the biggest reveal we’ve ever done, and I can’t wait for fans to see it.”

Below, King drops five teases from the final hour of Season 5:

1. The finale also promises to be a multi-generational affair. “The parents on the show, all of the parents, are about to find out some shocking news,” King teases. “It sends their course on the show into a new direction.”

2. Following Toby and Spencer’s recent reunion, King says the fan-favorite couple is “safe… for now,” though she’s quick to note that “nobody’s ever really safe on this show.” 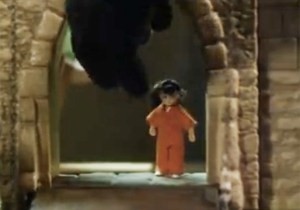 3. Remember the final scene of last week’s episode, which found “A” playing with a set of dolls in prison garb? Remember how “A” appeared to separate one doll from the group — either Aria or Emily — and place it in a castle? King confirms that there’s “a significance” to that.

4. King says fans will love the “fun” dynamic between Ezra, Toby and Caleb as “our three guys … work together as a team for the first time to find a way to free their loved ones. We’ve never seen them all have a beginning, middle and end story together.”

5. King’s reluctance to discuss Andrew’s role in the finale speaks volumes. All she’s willing to say is, “He’s definitely in the finale, and he plays a large role in it.” Seriously, that’s it.

With only hours to go until the Pretty Little Liars finale, what are your eleventh-hour theories? Who’s atop your “A” list, and how do you hope this will all go down? Drop a comment with your thoughts below.