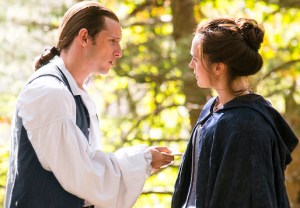 I spy… some exclusive new pics from the second season of TURN: Washington’s Spies.

TVLine crossed enemy lines at great peril (well, we sent an email) to bring you these shots from the historical AMC drama’s upcoming Season 2.

The gallery below features shots of the Culper spy ring members and their foes embroiled in the battle for freedom once more. Anna and Abe have a fraught moment in the forest. Simcoe (flanked by Jordan) looks just as sadistic as when we last saw him. And George Washington seems very troubled as he is immortalized in statuary.

The Jamie Bell-led series returns with a two-hour premiere on Monday, April 13 (9/8c), before settling into its new Mondays-at-10-pm time slot the following week. Until then, click through the pictures below, then hit the comments with your predictions regarding the new season. 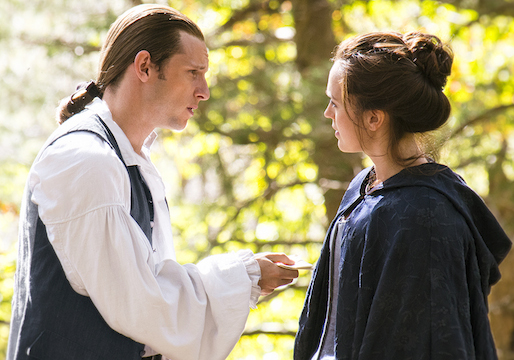