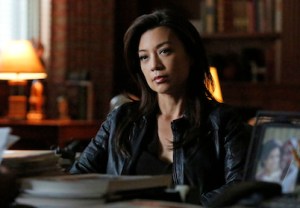 The CW’s iZombie premiered on Tuesday to 2.3 million total viewers and a 0.9 demo rating, improving slightly on Supernatural‘s most recent performance in the time slot.

TVLine readers gave the new drama an average grade of “B+.”

Opening The CW’s night, a gloriously bananas episode of The Flash did 3.6 mil and a 1.2, slipping 10 and 20 percent from its previous outing to hit a series low in the demo.